PetrolDave said:
That's sneaky - trying to make people think they're not getting onto a 737 MAX by rebadging it 737-8200.
Click to expand...

Mike@Gendan said:
Knowing Ryanair they'll probably offer the choice to switch from a seat on a 737-MAX to a 737-8200 as a chargeable upgrade

"Unsafe at any altitude"?

Mr. Nader seems to make a sport out of destroying the reputation of perfectly good products.

Yeah I flew on this plane & other B units when they came to Orange County.
All were so loud even with hearing protection but they were awesome to take a flight in and sit in all the stations with active turrets to simulate a mission.
Oct 7, 2019 #333

Corruption in Ethiopia, that's like meat in an Impossible Burger, no?

Shows once again that incomplete testing and rushing a product to market DOES have negative consequences, once customers lose confidence it takes an awful lot of time and hard work to regain that confidence.
Click to expand...

Opinion from "inside" the industry.
The above statement is partially true. This aircraft should have been re- type certificated, by the FAA , NOT from a Boeing DER (Designated Engineering Representative). It was done this way to save the "customers" money. The customers being the MAJOR carriers buying the airplane. The fault does not lie alone at Boeings feet. The people buying the airplane negotiate what they want, it's a partnership. I watched it first hand with the 787 development. It was built the way it was ordered to save money !!! - BY THE CARRIERS -

The carriers did not want to spend money on training, and flight crew certification. They didn't want to create a separate class of crews that could only fly the 737 MAX.
The airplane also only has (had) a single AOA vane feeding the MCAS system (from what I can gather)
https://www.seattletimes.com/business/boeing-aerospace/a-lack-of-redundancies-on-737-max-system-has-baffled-even-those-who-worked-on-the-jet/ the second one to feed the system and the "disagree" light was an "option" (500K I've heard)

The airplane probably was rushed a bit to market to compete with the A220 (Bombadier-Airbus). Its about CASM - RASM ratio.. bottom line. (Cost Available Seat Mile / Revenue Available Seat Mile) The airlines can control labor costs, equipment costs, it cannot control FUEL costs. Labor and fuel being the biggest ones. It is THE only reason the 747 is not flying passengers for any US based carrier. It's got 4 BRT's (Big Round Things) hanging on it instead of 2. It is still the fastest commercial airliner flying (cruise .86-.87 mach FL420-450) and has one hell of a lift.

Jack, God Bless your Dad, he'd be welcome to ramp check one of my airplanes ANY day

BigJetTech said:
The airplane also only has (had) a single AOA vane feeding the MCAS system (from what I can gather)
Click to expand...

... which creates the possibility of a single point failure leading to bad consequences - something that is against all good design principles where fail-safe is essential.

In the 1980's I worked at an aerospace company that designed the DECUs for military aircraft, and the task of the team I was part of as to evaluate the effect of multiple sensor failures on the dual lane DECU - we found and had corrected in the firmware several potential causes of engine flame out when more than one sensor failed (the original design team had already taken account of all single sensor failures).
Nov 10, 2019 #337

Redundancy or die from FOD, they were not kidding!
Someone forgot to KISS it?

At the brakes? I don't think so. Those brakes get hot during a landing.

The fire happened after hydraulic oil - which is flammable - leaked onto the plane's hot brakes
Click to expand...

These guys did several flybys over my house. I hear it was for the eagles game. 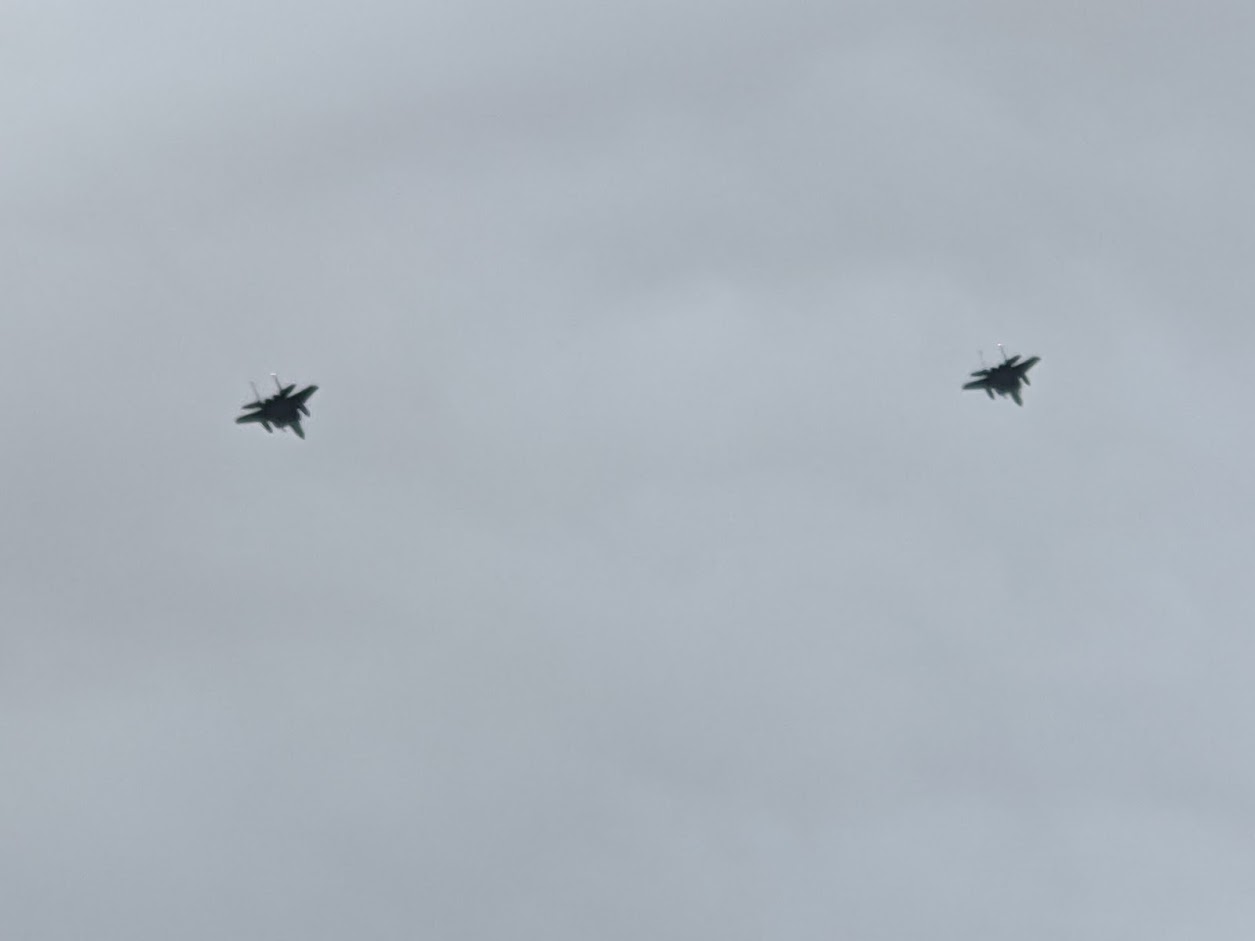