My car was imported from Canada to the US and in the process of doing the cluster swap the place that did it I believe messed up some of the coding on the cluster. I've had a few other A7 owners report that with their cruise control stalk the single bump up or bump down for ACC speed will increment it up or down a few MPH like 2.5 or so. On my car the single bump speed change varies with speed, it goes anywhere from ~1 mph at very low speeds to ~7 mph at freeway speeds. This basically prevents me from being able to set the cruise at any useful speed with the stalk and I actually have to get to the speed manually, then set cruise.

Is there any way to change the single bump increment on the ACC stalk? (other random observation, I recently had a new A4 as a loaner from dealer, it would do 1 mph for small movements of stick and 5 mph if you actually bottomed out the travel of the stick in either direction

Any other thoughts at all on this? In the instrument cluster or in the distance regulation?
Nov 30, 2020 #3 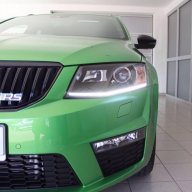 Maybe you could provide an Auto-Scan of the car in question?
You must log in or register to reply here.
Share:
Link
Top