The Smithsonian recently released 3D scans of the Apollo 11 capsule that are worth checking out.....

(The GAU-8/A Avenger Gatling gun next to a VW Type 1. Removing an installed GAU-8 from an A-10 requires first installing a jack under the aircraft's tail to prevent it from tipping, as the cannon makes up most of the aircraft's forward weight.US Air Force photo)

On Thursday, we saw for the first time the brand new F-35B/C variant's GAU-22 25 mm gun pod firing, and as impressive as it was, it's not even close to the best gun on the force.

What you're looking at above is the biggest asset for, and the biggest argument against, the A-10 Warthog. You can plainly see how the massive, 4,000 pound (including ammo), almost 20-foot long GAU-8 Avenger dwarfs the classic VW bug next to it. The firepower of that gun has become the stuff of legend over the last decades.

But that's the problem; this picture was taken in the late 1970s. As big and awesome as this gun is, much has changed in aviation, in the battle space, and in the world since it was first fielded. Case in point — you just don't see VW bugs on the road anymore.

So while the A-10 still holds the title of best and biggest gun, the close air support of the future makes different demands on a weapons system. Even though it may still have useful days ahead, the A-10's days at the top are numbered.
Click to expand...

not an airplane but still aircraft.

^ I'm trying to figure out how some of the maneuvers in the first video are possible. Not from an aerodynamic standpoint, but from a pilot's standpoint. Seems to me some of what was done there would involve separate, independent cyclic and collective controls for each of the rotors, no? (I obviously know nothing about how a tandem-rotor helicopter is controlled).
Aug 1, 2016 #27
F

I don't either but the control inputs would be the same. What makes helicopter flying such a mind f*** is that our old friend the right hand rule comes back into play. Any input to a helicopter control system results in a reaction 90 degrees from that which you command. So as soon as you input pitch, you get roll. As soon as you compensate with opposite roll you get yaw. As soon as you correct yaw you'll get an uncommon dedicated pitch input.

Helicopters don't fly. They are so ugly that the Earth repels them.....

I believe Uwe shot this vid

Uhm... No. Nor did he take this picture:

That was Airbus techs showing off to their moms...

Correction. It was an Arab pre-delivery test team.

I believe they failed to do that!

I've never liked sitting in the row that's in the same geometric plane as the fan blades. Used to sit there all the time on DC9s back when they had a smoking section in the back. Looks like the fuselage didn't take any damage though: 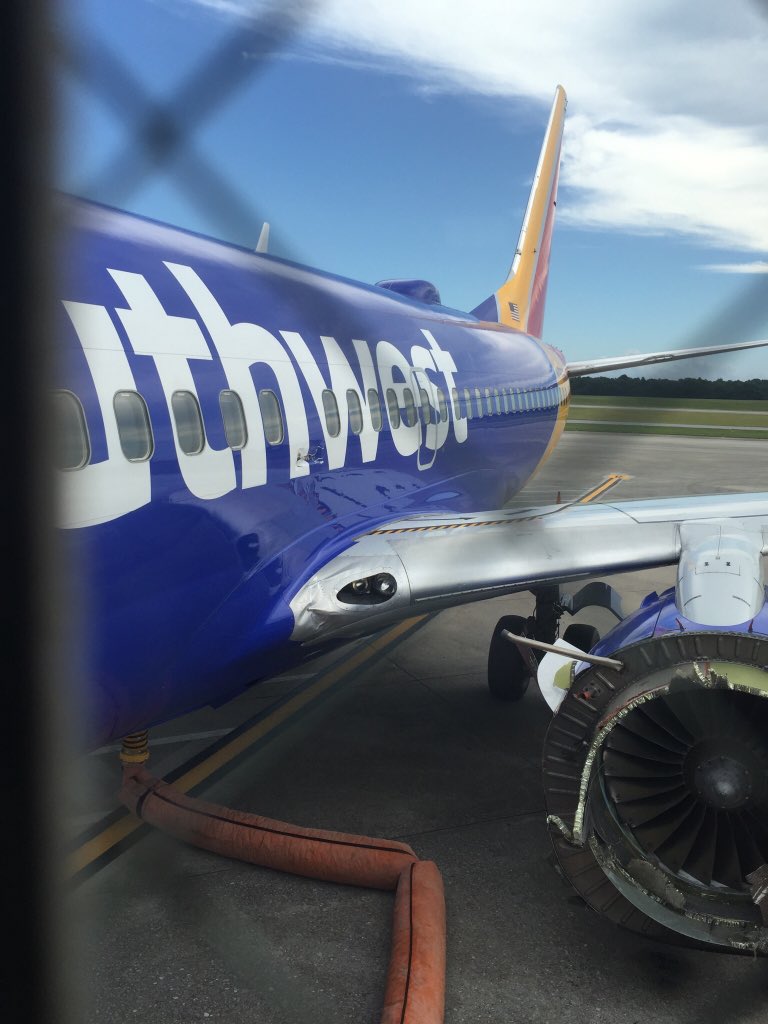 Uwe said:
Looks like the fuselage didn't take any damage though:

Besides the leading edge of the wing where it joins the fuselage, did you check the right "leg" of the "h" in Southwest? I don't think that they will be buffing that out.....

vreihen said:
Besides the leading edge of the wing where it joins the fuselage, did you check the right "leg" of the "h" in Southwest? I don't think that they will be buffing that out.....

No, I missed that.

This one is cool too: 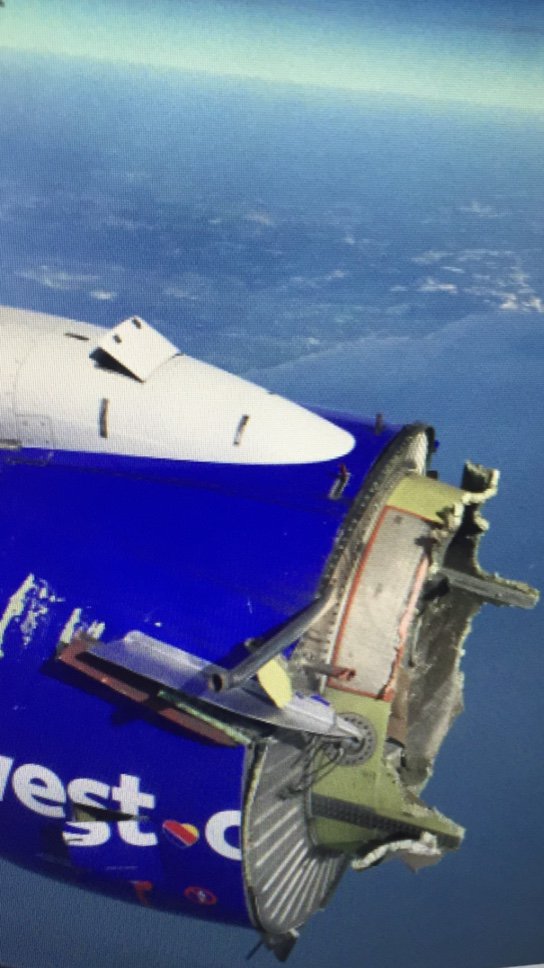 However, it seems there were no injuries.

I remember some years after the smoking ban on US flights, when I was no longer sitting in the back of the bus, a DC9 had had a catastrophic fan blade failure. The plane landed safely, but several of the people sitting in THAT row didn't get off the plane under their own power.... Found the reference:
https://en.wikipedia.org/wiki/Delta_Air_Lines_Flight_1288
Aug 28, 2016 #40
F

I can't wait for the water cooler discussion on Monday. That doesn't happen very often to a 737. Looks like gigantic FOD (possibly deer and sled parts) or someone missed some MX. The first row of compressor blades is still intact but chewed heavily.

Let's not forget the DC-10 in Souix City. The compressor failure threw blades through the hydraulic control systems leaving the flight crew to control the plane through differential thrust using the remaining two engines. That a single soul walked away from the crash puts the dude right up there with Captain Sullenberger for the Steely Eyed Missile Man Award.
You must log in or register to reply here.
Share:
Link
Top