RIDING A WILD WIND, TRANSATLANTIC JETS FLY FASTER THAN EVER

In the past few days, Norwegian Air 787 jets have hit speeds near 800 mph and broken a subsonic speed record.NORWEGIAN

WHEN RANDAL MILES woke up from a nap during his flight from Los Angeles to Paris last week, he opened the interactive map on his seat-back screen to see how much longer he'd be in the air. But the number that caught his eye was the jet's speed. The Norwegian jet was flying at 770 mph—about 200 mph faster than its standard cruising velocity. “I thought, ‘Damn, this thing is hauling ass,’” Miles says. “I thought I was either sleepy or it was reading wrong.”

Miles isn’t the only traveler who has gotten the giddy-up treatment in the past couple of weeks. On Thursday, a Norwegian 787 on the same route briefly hit an even faster 779 mph for part of its trip, with a tailwind of 224 mph. And on Friday, yet another Norwegian plane used the jet stream to set a new speed record for a subsonic transatlantic crossing. The Boeing 787-9 Dreamliner went from New York’s JFK Airport to London’s Gatwick in 5 hours and 13 minutes. It beat British Airways' 2015 record by three minutes and outpaced the standard crossing by half an hour. (The Concorde still holds the ultimate record among commercial aircraft: 2 hours, 53 minutes.)

So how does a standard Boeing jet carrying a full complement of passengers and luggage fly so fast? By taking advantage of a particularly vigorous jet stream, a current of air rushing from west to east, across the Atlantic. During Norwegian's record-setting flight, that tailwind reached 202 mph and pushed a Boeing that usually cruises at 570 mph to 776 mph. “If it had not been for forecasted turbulence at lower altitude, we could have flown even faster,” says pilot Harold van Dam.

On Friday, a another Norwegian plane set a new speed record for a subsonic transatlantic crossing. The Boeing 787-9 Dreamliner went from New York’s JFK Airport to London’s Gatwick in 5 hours and 13 minutes.FLIGHTRADAR24.COM

Airlines have long made use of the transatlantic jet stream to save time and fuel when flying from the US to Europe. “The airlines look at forecasted winds and they supply air traffic controllers with their preferred routing,” says Ian Petchenik, a spokesperson for FlightRadar24, which tracks flights all over the world. Controllers then aggregate those requests and set specific flight paths for the day that will keep everyone safe and as happy as possible. The results are known as North Atlantic Tracks.

Those are the green lines in the image below (from 1/17/18 at 0400 UTC), and you can see the planes plotted along them. That rainbow in the middle marks wind speed, with red signifying the most intense part of the Jetstream. (For the return trip, the airlines request paths and altitudes that limit the need to fight fierce headwinds, but those flights still take longer and burn more fuel.)

This image (from 1/17/18 at 0400 UTC), shows the set flight paths, and the planes plotted along them. That rainbow in the middle marks wind speed, with red signifying the most intense part of the Jetstream.FLIGHTRADAR24.COM

OK, about that "subsonic" bit. You might know that the speed of sound at an altitude of 30,000 to 40,000 feet is roughly 670 mph. But Norwegian’s planes didn't break the sound barrier. Those near-800-mph figures represent ground speed—how fast the aircraft is moving over land. Their air speed, which factors out the 200-mph wind boost, was closer to the 787's standard Mach 0.85. (The older Boeing 747 can cruise at Mach 0.86, but is less efficient than its younger stablemate.) When talking supersonic, and breaking sound barriers, it's all about the speed of the air passing over the wings, which in this case was more like 570 mph.

The hot and heavy jet stream isn't all good. The high winds can increase turbulence, which pilots must work to avoid to protect planes and the passengers on board. And while these fast flights provide a nice publicity bump for Norwegian, airlines typically opt for fuel efficiency over top speed. They use the jet stream to surf a little and cut fuel consumption—like taking your foot off your car's gas pedal as you go downhill. An unexpectedly fast trip can actually just mean being kept in a holding pattern above the destination airport, or stuck on the ground, waiting for a landing slot or open gate. Airlines and airports operate on strict schedules, and showing up half an hour early isn't super cool.

Forecasts say the strong jet stream should last for a few more days, at least. “You get good days and bad days in any year,” Petchenik says. But as climate change intensifies, atmospheric scientists are looking for possible deviations within the usually reliable river of wind that circles the planet. A recent study suggests the polar jet stream is fluctuating more than normal, but the long-term impact on the Atlantic jet stream which powers these fast flights remains TBD.

For now, passengers just have to relax and enjoy an especially quick or efficient hop across the pond—until it's time to head back.
Click to expand...

^ Wow, that reflects very negatively on my perception of Air France. Never heard Chirac was there either.
Jan 25, 2018 #247

The fuel tank having too little "head space" probably was. The Concorde fleet was known for having tire "incidents" (more than 70 total, 7 of which resulted in major damage). I don't know for sure, but I suspect the requirement to have air space in the tanks came about due to previous tire/fuel tank interactions. 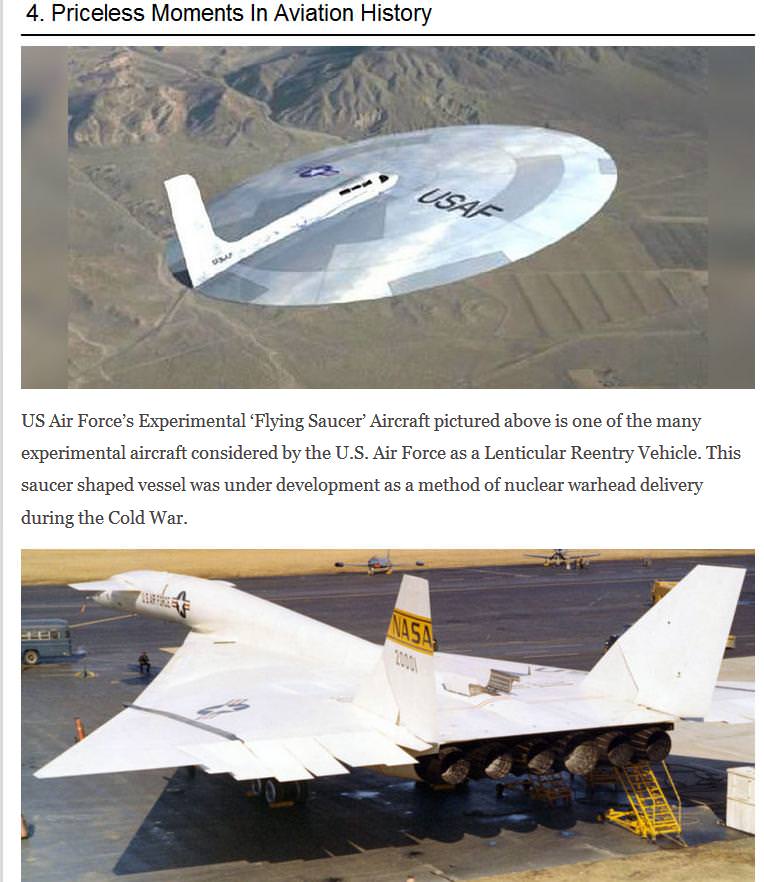 Concord came from this, under the "Flying Saucer"?

^^^ The XB-70 Valkyrie was the most awesome and beautiful airplane to ever fly IMO, and seeing the very one pictured above in person at the Wright-Patterson museum in Ohio is a bucket list item for me..... 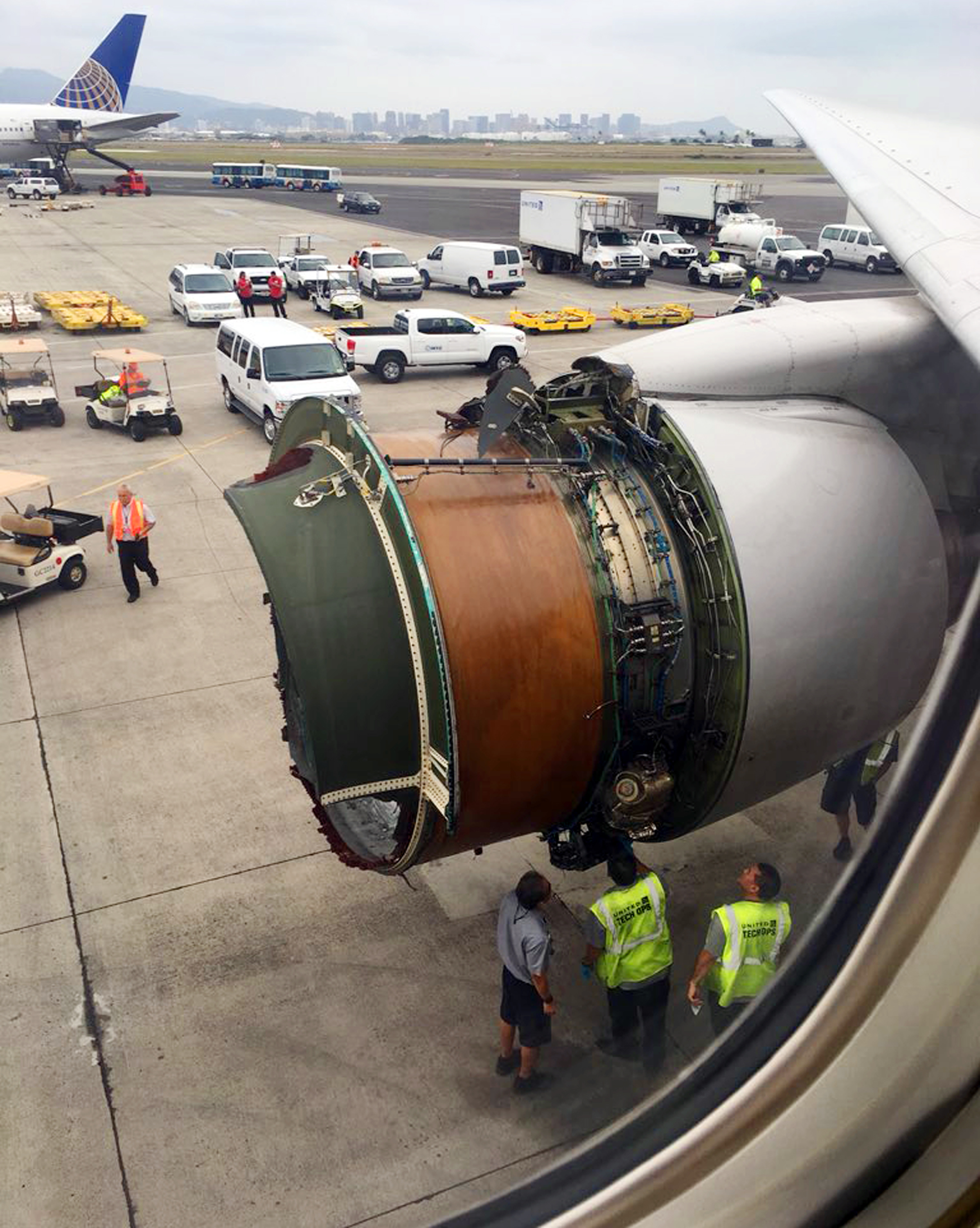 I shot this during a forest fire a couple years ago
Canadian Rescue Buffalo aircraft
Canon G1X
Hank
Mar 19, 2018 #256
D

I got my very first airplane ride from this guy (Bud Granley) about 40 years ago. That ride was in a T-6 which belonged to my uncle (who was still learning to fly) and we did some aerobatics. To say I was hooked that day is a mild understatement.

And here's the poor guy flying a P-51 (and very well I might add).
And yes, the engines in both planes sound way more awesome from the ground when you rip past then when you're seated right behind them.

This guy is full on rock star to me. Last summer when I was at the Arlington Air Show he was flying Paul Allen's Hawker Hurricane and his son was flying Paul's P-47. I expected he would have no recollection since I look a bit different than when I was 13, but he was a friend of my uncle. He said "of course I remember!" which might have just been to make me feel good, but it worked.

Trying to create the illusion that I have a few firing synapses I asked how it was flying the Hurricane. "Goofy!" was his description. He didn't much care for the springiness of the elevator control

This is the routine he does in his own T-6, from the inside and watching his face. G loads are a lot of damn work.

Flaps10 said:
This is the routine he does in his own T-6, from the inside and watching his face. G loads are a lot of damn work.
Click to expand...

I can haz Dramamine now?

de Havilland DHC-2 Beaver
Ocean Falls BC Canada
My dive partner and I were waiting to get picked up by it after we did a dive inspection at the Hydro Dam site .
Nikon F2
Hank
Mar 22, 2018 #260