Yeah, when someone does that for a living, does it in such a way that that it's plainly visible to everyone (huge clouds of black smoke), and then flaunts it on TV, they're probably gonna get busted.

Pro-Tip: If you're gonna do illegal stuff, keep a low profile.


A U.K. court ruled that Volkswagen AG used a so-called device to help its diesel vehicles defeat emissions tests, a decision that allows 91,000 customers to proceed with a class action against the carmaker.


The case, one of the biggest class-action suits filed in the U.K., adds to its legal woes for VW, now in the fifth year of its struggle with the diesel scandal. The ruling by Judge David Waksman Monday is a interim finding which also said the court was bound by a decision by Germany’s transport authority.


VW is facing a wave of litigation by drivers who want their money back for the loss in value of their diesel cars because of the software manipulation exposed by U.S. regulator in September 2015. The scandal has cost the world’s largest automaker about 30 billion euros ($32.6 billion) so far and legal proceedings from disgruntled investors and customers are poised to drag on for years.


“Today’s ruling is hugely significant for our clients who have been battling for four years to hold Volkswagen to account,” said Bozena Michalowska Howells, a lawyer at Leigh Day who represents the owners. “In reaching his decision, the judge rejected virtually all of Volkswagen’s arguments and found that the vehicles were fitted with illegal defeat devices.”


While the plaintiff lawyers say the ruling means VW “is liable to the group claimants,” the carmaker said the decision doesn’t determine liability. The court still has to rule on important issues at the heart of the case, the carmaker said.

[h=1]No-win, no-fee lawyers try to lure VW’s emissions claimants[/h]German car owners have until Monday to register for payouts totaling up to €830m 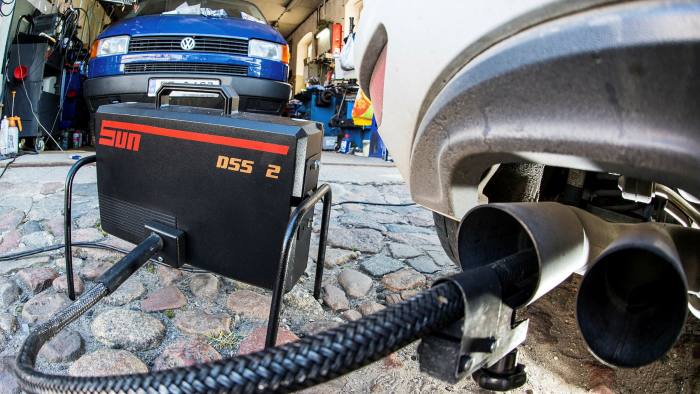 Lawyers backed by US and UK investors have launched a last-minute offensive against Volkswagen, spending tens of millions of euros to lure claimants away from a settlement Volkswagen has offered over the emissions cheating scandal.In February, the world’s largest carmaker said it would pay up to €830m in total to 260,000 German VW owners whose vehicles were fitted with “defeat devices” to cheat diesel engine emissions tests. The scandal broke in 2015 and drivers had sued VW in the country’s largest collective lawsuit.The deadline for registering for the settlement is this Monday but the company, which has already been forced to pay out more than €31bn in costs related to “Dieselgate”, including a $10bn settlement in the US, could now face a flurry of new individual claims, as “no-win, no-fee” lawyers sign up tens of thousands of German consumers.In advertising campaigns on Google and social media, law firms have been targeting VW claimants, offering thousands of euros in upfront compensation, and promising to ultimately win much more overall from the carmaker.“This sum is far too low,” said Claus Goldenstein, the head of law firm Goldenstein & Partner, of VW’s offer of between €1,350 and €6,257 per car.The firm represents more than 20,000 claimants and said it is signing up 50 a day who have opted out of VW’s settlement.Mr Goldenstein insisted it is successful in “almost 100 per cent” of Dieselgate claims, and wins an average of €17,510 in compensation. RecommendedAutomobilesVW hit by €2bn-a-week cash drainMany of Goldenstein & Partner’s claims are funded with the help of US litigation finance business Burford Capital.At least 250,000 claimants have already registered on Volkswagen’s compensation site but only 130,000 have so far had their applications approved.However, the coronavirus pandemic is making it harder for law firms to convince claimants to abandon the settlement. “People are now short of cash, many have been made redundant, or are furloughed, so they are happy for any compensation they can get,” said Christopher Rother, a lawyer who has signed up 12,000 individual claimants, 90 per cent of whom were in the original collective lawsuit.Mr Rother, who was involved in cases against VW in the US, has raised more than €400m from British and American private equity firms in a matter of months to fund litigation.The VZBV, a consumer organisation that brought the original case against Volkswagen, has warned claimants “not to blindly trust the advertising promises of litigation financiers”.It cautioned that these firms may take a large commission, and that their success will depend on the outcome of a case that will be heard at Germany’s Federal High Court on May 5.If Volkswagen loses that case, it could trigger tens of thousands of new cases, at a time when the company is struggling with the effects of the pandemic.Last week, Volkswagen announced it was scrapping its outlook for 2020 and reported an 80 per cent fall in operating profits for the first three months of the year.
Click to expand...

In the United States, authorities banned VW cars from roads after the Environmental Protection Agency discovered that engine management software had been installed to mask excessive levels of pollution, triggering claims for compensation.
Click to expand...

This is utter BS. No car that was already sold was "banned from the roads". Buy-backs and fixes were offered, but nobody was obligated to take them. Anyone who wanted to could continue to drive their TDI in "as sold" condition indefinitely.

This is utter BS. No car that was already sold was "banned from the roads". Buy-backs and fixes were offered, but nobody was obligated to take them. Anyone who wanted to could continue to drive their TDI in "as sold" condition indefinitely.

DID NOT SOME STATES REQUIRE THE FIX BE COMPLETED OR VEHICLE CAN'T BE RE-REGISTERED?

Jack@European_Parts said:
DID NOT SOME STATES REQUIRE THE FIX BE COMPLETED OR VEHICLE CAN'T BE RE-REGISTERED?
https://ww3.arb.ca.gov/msprog/vw_info/vw_faq.htm
Click to expand...

Commiefornia is not the United States.

Commiefornia is just one of 50 states and their absurd rules do not apply to the whole country.

Yes but isn't "Your" good State one of them?

Jack@European_Parts said:
Yes but isn't "Your" good State one of them?
Click to expand...

Nope, in fact in Pennsylvania, diesels are exempt from any emissions testing!

Yeah sure but PA didn't reject this did they?