vreihen said:
...and ultimately leads to losing both.
Click to expand...

Gentlemen:
The alliteration "trading liberty for safety" sounds great as the battle-cry of the oppressed !!! But what does it actually mean?

What good is it to a properly functioning democracy to have absolute citizen liberty (meaning anyone can do whatever they want) at the total expense of community safety - or visa-versa ?

In a healthy democracy, it's simply NOT possible to separate ANY of the fundamental basic freedoms!! Or said in the context of the 2 x traits above, "liberty" is a fundamental component of "safety" and vice-a-versa.

The reality is that civil and human rights in a liberal democracy, (including liberty itself, secularism, rule of law, economic and political freedom, freedom of speech, freedom of the press, freedom of religion, physical/medical safety of citizens etc...) are all interconnected and every individual element must be measured and must be balanced against the whole.

Shirley you are both only arguing about degree and not about the concepts themselves ( as @JMR says above)?

DV52 said:
Shirley you are both only arguing about degree and not about the concepts themselves ?

DneprDave said:
Shouldn't that be "Surely you are both only arguing about..."?
Click to expand... 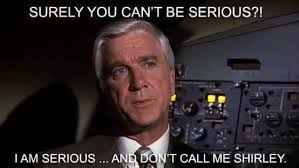 . In any society it is about achieving the balance of safety versus liberty ( or all the other trade offs needed in a functioning society) in the most equitable way as seen by that society. The challenge is that "interest groups" can push that balance in a direction they favour for what ever reason. In the extreme this results in a dictatorship where the dictator is the supreme interest group and they do what they want regardless of the society wishes. No right or wrong answers and each individual must ultimately choose whether they accept the outcome in their society or not and what they want to do about it.


Uwe - The lockdowns and guns law changes in Australia both had extremely broad support across the community and represented the Australian society choosing the balance they felt best at the time, with the society choosing what it perceived as a significant increase in safety for a small loss of liberty.


Don - The republicans in Australia failed at the last referendum because they could not agree on a suitable model. At one extreme you had the minimalist model where in essence the only change was removal of the formal link to the British crown and the Governor General continued with the same reserve powers and was appointed in the same way by the government of the day. The other extreme was a move to an elected president with expanded powers which was a much more fundamental change to the Australian constitution. Thankfully I don't think anyone was proposing to move to a full USA / French presidential model

. I am sure one day a referendum will pass for a change and move to a republican model, but first the nature of this model will need to get broader agreement and it will need support from more than the left wing intellectuals in the inner city suburbs of Melbourne and Sydney

In the debate about this island nation shedding its colonial cringe and maturing to self-governing adulthood - normal Australians always need to be wary of that pesky, political-subspecies; "the left wing intellectuals in the inner city suburbs of Melbourne and Sydney"

So, with an acknowledgement that patriotism is the last refuge of a scoundrel, remember the words of our anthem "Australians all let us rejoice, for we are one and free". The term one is important and also, words are important.

If the question of a republic degenerates into a debate about labels like "left wing intellectuals" separate to normal Australians, then we (meaning ALL of us) are lost!! And yes, indeed - we might as well stick to having a head-of-state whose only qualification to rule is that she will be the head of both her own dysfunctional family and our divided Australia!!

I like the idea of living in Australia, it is just that you have so much scary nature like spiders that hide in the toilet, far more of a worry than a loony with an assault rifle.
Jun 19, 2022 #27
R

Its weird how people seem scared of Australian wild life. I guess it comes from all those Tv shows. I feel much more comfortable in Australia than elsewhere in the wild as very few animals are big enough to eat you compared to Lions in Africa or bears in America

The most dangerous wildlife in the UK are the women on the man hunt down town on a Saturday night, real man eaters!
Jun 19, 2022 #29

RGH0 said:
The lockdowns and guns law changes in Australia both had extremely broad support across the community
Click to expand...

Irrelevant. Just because tyrannical government policies have broad support does not make them acceptable.

Crasher said:
I like the idea of living in Australia, it is just that you have so much scary nature like spiders that hide in the toilet...
Click to expand...

Get them banned, then emmigrate there for the climate

Uwe said:
Irrelevant. Just because tyrannical government policies have broad support does not make them acceptable.

I agree if it was a tyrannical government implementing an unethical policy that through propaganda and manipulation that had managed to get broad support ( e.g. Trump and NRA and US gun laws

Uwe said:
Irrelevant. Just because tyrannical government policies have broad support does not make them acceptable.

hmm.... riddle me this - in Uwe's world, what does make a "tyrannical government policy" acceptable? And more fundamentally - how is said policy defined as being "tyrannical"?

Crasher said:
The most dangerous wildlife in the UK are the women on the man hunt down town on a Saturday night, real man eaters!
Click to expand... 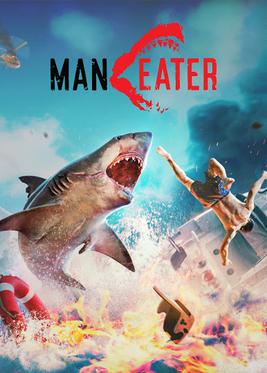 Crasher said:
I like the idea of living in Australia, it is just that you have so much scary nature like spiders that hide in the toilet, far more of a worry than a loony with an assault rifle.
Click to expand...

And the only recorded death from a red-back spider bite happened in 2016!!

I know it when I see it - Wikipedia

Forcing people, under threat of punishment, to give up personal property they had legally acquired is a tyrannical policy.

Preventing people from leaving their homes (with very few allowable exceptions) is a tyrannical policy.

Government agents (police) beating and pepper-spraying people for not wearing masks outdoors or alone in their own cars is tyrannical.

Arresting citizens arbitrarily because of their race or religion and jailing them or worse is clearly tyrannical in most fair minded peoples opinion around the world. No real safety improvement and a huge loss of liberty for those involved

Requiring the use of a seat belt at the cost of a fine and /or licence demerit points is clearly not tyrannical in most fair minded peoples opinion around the world ( except in some parts of the USA). A major increase in safety for no significant loss of liberty.

So there is a spectrum and what falls which side along the scale only an individual society can judge and that society has to live by its decisions and actions at both a personal and society level.
Jun 20, 2022 #37

Ay Jesus , this thread is hotter than war in Ukraine

JMR said:
Ay Jesus , this thread is hotter than war in Ukraine

BUT it is discussion, not death and destruction... well not yet anyway

Crasher said:
BUT it is discussion, not death and destruction... well not yet anyway

Ukraine thread is discussion also..only difference is that russia and ua are in a real conflict. To get away from it all i took a nice 7 days family vacation at a sea resort . 1 st day of it today , sun , sea and cold beer ! Cheers
Jun 20, 2022 #40

Uwe said:
Forcing people, under threat of punishment, to give up personal property they had legally acquired is a tyrannical policy.
Click to expand...

Arrhhh...... I do so enjoy the verse of the oppressed and the down-trodden!!! But in truth Uwe, your lament about this particular thing is very much a first world problem. So yes, democratic freedoms are important - but so is perspective!!

I suspect that you are referring to the series of gun laws that Australia implemented following the massacre in Tasmania in 1996 by ****** .

Notice my "*"s - they are deliberate. I will never give the coward who gun-down 35 innocent citizen at Port Arthur what he (and what ALL of his type) really wants; notoriety. I suggest that America does the same for EVERY massacre - DON'T NAME THEM in the media - see, there are things that America can do about gun violence that doesn't concern their precious 2nd Amendment rights!!

OOps ......I have forgotten about freedom of the American press - maybe even legislated anonymity of those that massacre innocent children at American schools is a bridge too far in your country - because of the citizens there are already so oppressed (not)?

Anyhow, back to your lament - factoid check: Australia's law reforms after 1996 also involved a number of buy-back programs in which over 650,000 guns were purchased. So "give-up" in your response ain't quite true!

Now, I'm sure that you are aware of Australia's track-record following the 1996 gun reforms because it's something that the NRA often try to de-bunk. But for the benefit of other readers that might take an interest in such things (from HERE):

In the 18 years up to and including 1996, the year of the massacre at Port Arthur, Australia experienced 13 mass shootings. In these events alone, 112 people were shot dead and at least another 52 wounded..... In the 10.5 years since Port Arthur and the revised gun laws, no mass shootings have occurred in Australia. (update: since the date of the review - there have still NOT been any mass shootings in Australia to the current time)​
​
So, well may you crow-bar the word "tyrannical" onto Australia's gun reform laws and assert in disgust "[f]orcing people, under threat of punishment, to give up personal property they had legally acquired" - but it's the best damn piece of "tyranny" that I've ever seen!!

And having actually lived-with this "tyranny" for a massive 26 years, I can say from real experience that since the 1996 gun reforms in Australia, I've not seen any evidence of the rise of them gun wielding psychopaths in Melbourne's community. And neither am I aware of mass killings by said psychopaths to our vulnerable women and children in Australia's vast remote "out-back" !!

Don't get me wrong - I'm not saying that Australia's gun laws was/is the panacea to community gun violence. It's not. It's simply one of a number of elements that is needed to address this problem - but it has been (and it still is) an important foundational building block to a modern way forward.

But of course, all of this is just academic hypothesis if the community in which gun violence is occurring doesn't believe that the problem exists, or that the problem isn't sufficiently important to act (as seems to be the case in America)

Government agents (police) beating and pepper-spraying people for not wearing masks outdoors or alone in their own cars is tyrannical.
Click to expand...

I think that you will agree that I have provided copious words (in the other thread about COVID) in response to our differing views on this second example of "tyranny".
Last edited: Jun 20, 2022
You must log in or register to reply here.
Share:
Share Link
Top