oooops..this is not good news at all , expected but not at this rate.Funy thing is that around the middle of this news there is a URL that cant be accessed anymore which reads :READ MORE: Germany’s ‘complete blockade’ of Russian banks excludes gas payments 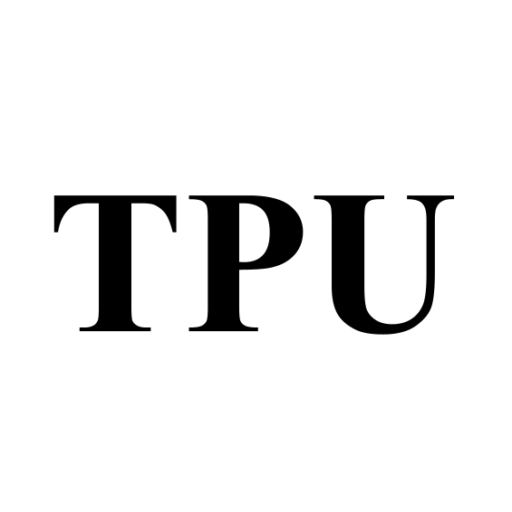 April futures exceeded $1,450 per 1,000 cubic meters on Monday The price of natural gas in Europe had risen by 35% at the opening of trading on Monday, data from the London Stock Exchange ICE shows. Higher energy costs are being propelled by supply worries due to sanctions against Moscow related...

Lots of REAL analysis of the situation if anyone cares.

The Duran has a daily briefing on Rumble or The Duran.Locals or thesaker.is

3 tiered war, financial, media, and real war on the ground.

Yup. Example: Practically none of our media will mention that fact that only a few days before Russia invaded, Zelensky threatened to invalidate the 1994 Budapest Memorandum. In effect, he threatened that Ukraine would produce nuclear weapons. However, Ukraine's own media doesn't hide this: 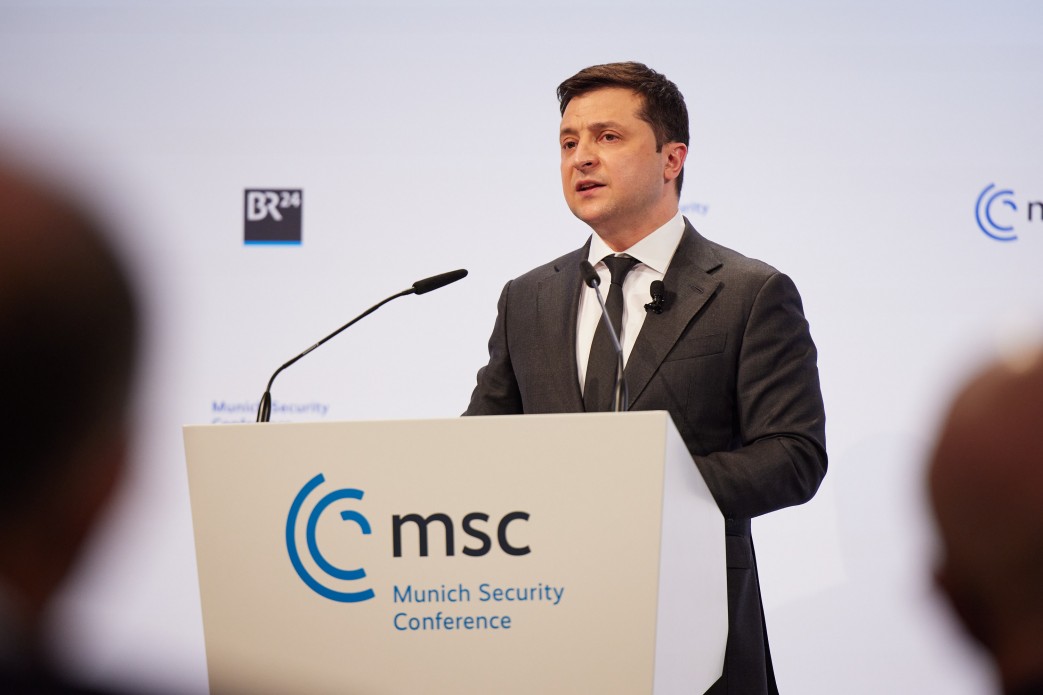 Uwe said:
he threatened that Ukraine would produce nuclear weapons
Click to expand...

Hmm, this is exactly that speech in Munich: Where (timestamp please) is he threatening that his country would produce nuclear weapons? Seriously... I would like to verify that.
As to the Budapest Memorandum: invalidate it? Hasn't Russia broken the agreement in 2014 by attacking Crimea (using their 'Little Green Men' -> https://en.wikipedia.org/wiki/Little_green_men_(Russo-Ukrainian_War)?
And now, again in 2022?

And - in 1994 - Russia took away Ukraine's nuclear arsenal as a result of that memorandum, right? So, who's cheating who exactly?

Seriously, are these facts or not? Or maybe there is more to that (hi)story?

People say "dont poke the Bear" ( Russia) and "dont awake the Dragon" ( China) which are very emotive and visual terms that imply you should be wary of these large autocratic countries.

The Western democracies have no similar emotive reference but I would say the real equivalence is "listen to the voice of the common people" both in the Ukraine and in other democracies . That voice takes time to be heard as the common people have a reluctance to respond to aggression and engage in war with others as they know its consequences but I think it will be once again heard.
Mar 2, 2022 #86

RGH0 said:
People say "dont poke the Bear" ( Russia) and "dont awake the Dragon" ( China) which are very emotive and visual terms that imply you should be wary of these large autocratic countries.

The Western democracies have no similar emotive reference but I would say the real equivalence is "listen to the voice of the common people" both in the Ukraine and in other democracies . That voice takes time to be heard as the common people have a reluctance to respond to aggression and engage in war with others as they know its consequences but I think it will be once again heard.
Click to expand...

There appears to be 10 million Ukraines prepared to assist the poor Russians with their vehicle reliability problems. Give them a few more Panzerfaust 3 to help with machinery maintenance and the rest will be history
Mar 2, 2022 #90

I read an alleged statement by the president of Belarus yesterday (in an unconfirmed web article) that he has Putin's plans on a map, and they include also taking Maldova as part of this operation.....
Mar 2, 2022 #91
F

This is all about : just because we share a sea with russians now we have to buy ships to patrol it ! Why doesn t NATO patrol it and leave us be ? This is what is all about guys.. 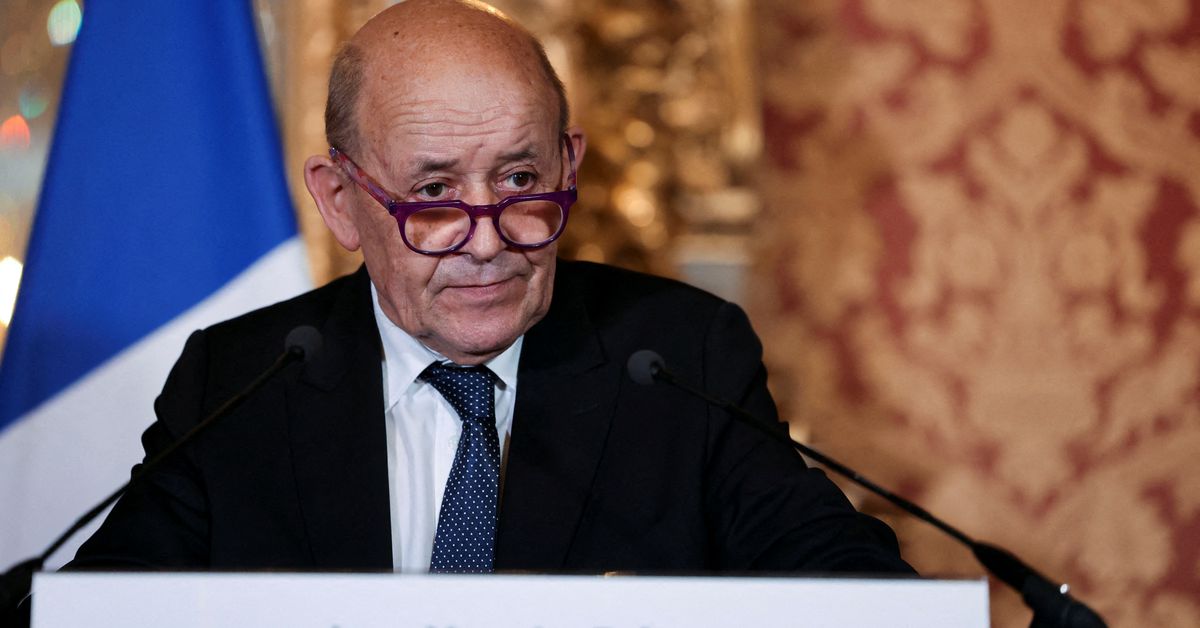 France hopes a deal to sell four warships to Romania for 1.2 billion euros ($1.35 billion) will be concluded soon, as the two sides look to ensure security in the Black Sea, Foreign Minister Jean-Yves Le Drian said on Thursday.

www.reuters.com
Here s another thing : we are not dependent on Russian gas ( as Romania only imports about 15 % of it s needs and that only during winter times ) . We produce our own gas for internal needs as a country BUT we consumers pay for it just like or more than German citizens which import most of their gas from Russia . Guess what ? Omv Austria extracts it and France controls our supplies thru the GDF Suez corporation. Assholes !! And as latest news , we have now to accept more NATO military personnel in our country for which we are paying all expenses. What a clusterfuck ! If Ukraine does become part of EU , they will forever be economic slaves.
Last edited: Mar 2, 2022
Mar 2, 2022 #94

JMR said:
If Ukraine does become part of EU , they will forever be economic slaves.
Click to expand...

One of main reasons for Brexit... we got annoyed with supporting the Franco-German domination of the EU and the often negative conseqences on other economies which were not aligned with them.

We voted to join the EEC (European Economic Community) which was purely a trading bloc, when it morphed into the EU which was a political union it no longer met the aspirations of a majority of UK citizens who voted in the referendum.
Last edited: Mar 2, 2022
Mar 2, 2022 #95

This is how things operate inside the EU block and i wish some Ukrainean people see this and truly understands it : give us your resources or we'll be fucking you !

Our Constitutional law protects us but that don't seem to be in line with EU 's policy :

So i feel bad for the Ukrainean people, they scream now freedom freedom , we want to be EU , but the EU will just f*^^ them in the a$$ later

25-07-2019
Brussels — The European Commission has threatened to take Romania to court over alleged illegal restrictions on exporting natural gas unless the country's government responds within two months, the watchdog of the EU treaties said Thursday.
Romania's energy law obliges gas producers to prioritize sales to the local market before exports, a restriction which is said to be delaying a final investment decision on the estimated 42-84 Bcm Neptun gas field in the Black Sea.OMV Petrom, which shares ownership of Neptun with ExxonMobil, said last week that "the current legislative environment does not provide the necessary pre-requisites for a multi-billion dollar decision." The EC has sent Romania a new formal warning, following up from a prior warning five years ago, that restricting gas trade between EU countries breaches EU internal gas market rules on free movement of goods.
It said an obligation to give priority to domestic customers "creates unjustified barriers" to gas exports, and has told Romania to change this.
Romania has two months to respond to the EC's arguments. If the EC is not satisfied with the response, it may decide to refer the case to the EU Court of Justice.
The ECJ has the power to impose fines on EU governments that it finds are breaking EU rules.
Romania produces about 90% of its annual gas demand of around 11 Bcm/year, with the remainder imported from Russia.
New production from the Black Sea would eliminate the need for imports from Russia and could make Romania an exporter of gas to the wider southeast European region.The country is developing a new export route -- the BRUA corridor -- which would take Romanian offshore gas via Hungary to Slovakia and potentially to the Baumgarten gas hub in Austria.
The first phase of the project is due to be completed in October, while the second phase will only be built if significant gas resources are developed in the Black Sea.

That would be nice to be paid for exporting gas to whole Europe, however , if it happens my people will get nothing as reward and the pockets of big corporations will just be bigger.
Despite the fact that we produce our own natural gas , guess what ? We are paying MORE for gas than France, UK, Germany. ( nearly 25% more for past few months )
And that because the OMV Petrom S.A ( corporation) , which extracts most of the gas from Romania ( OMV Petrom SA is owned as follows : Austria's OMV Group 51% and Romania s Petrom 20% and other natural and legal persons the rest ) throttled down the gas extraction so we're forced to pay more because of the demand ( high) and supply ( low) . Isn't that something to look at in awe ?? I am fucking looking at this in awe !!! Are you awed ??
Last edited: Mar 2, 2022
Mar 2, 2022 #96

I am very much in awe that the current US administration ("Brandon") decided to freeze new oil and gas drilling leases just in time for all this: 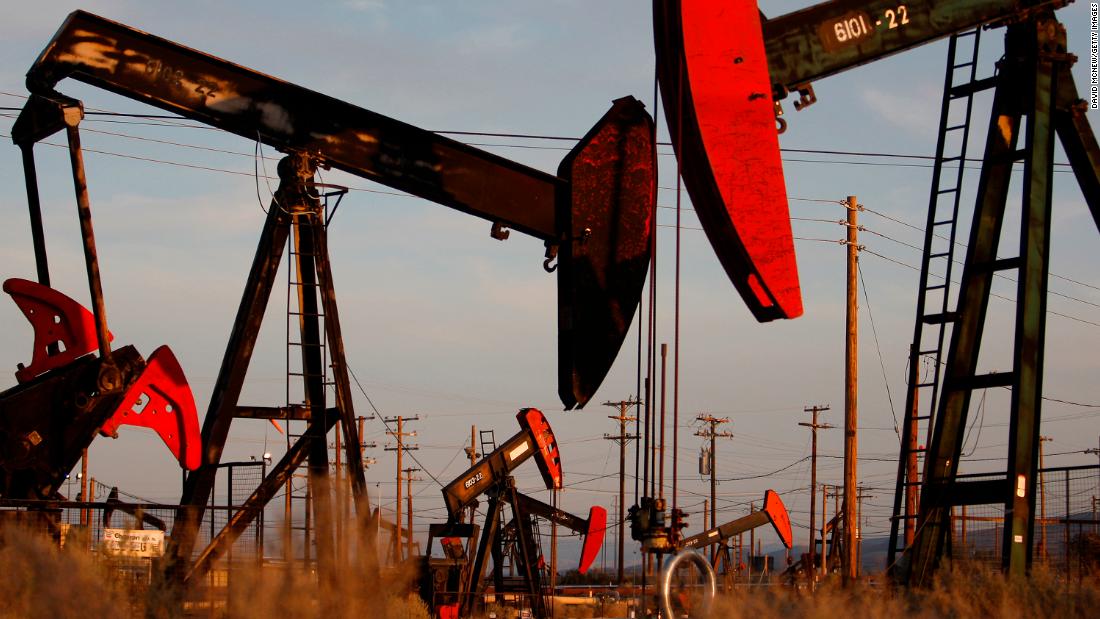 The pause comes after a judge ruled against Biden's social cost of carbon metric, which uses models to put a value on each ton of carbon dioxide emitted to quantify the economic harm caused by the climate crisis, like sea level rise and wildfires.

SOTU moments Is this the real perception /does it have reality grounds about POTUS ( the general feel of it all ) ? It had me laughing for a while

I'm not sure how serious your statement is (I hope you are joking, but I fear that you are not).

So, since I happen to know of your remarkable views regarding COVID, I include below the Maslow hierarchy of needs pyramid (I assume that you are aware of the American psychologist's work):

For most "normal" folk, there ain't nothing surprising that when faced with the twin risks of a pandemic AND an active war (i.e. an invader that is killing citizens), disease control isn't the highest priority!!!

It is patently ridiculous for anyone to expect that in the midst of an active war, the population of Ukraine would interrupt their attempts to avoid immediate death - to concentrate on COVID prevention practices!!

How is it possible to conclude anything about COVID when measured in the context of a war footing- utterly unbelievable!!!

This develops to be VERY interesting lately . I am curious to see how they'll be later punished by the EU and how long will they last before they will reverse this decisions.
Mar 2, 2022 #100

JMR said:
This develops to be VERY interesting lately . I am curious to see how they'll be later punished by the EU and how long will they last before they will reverse this decisions.
Click to expand...

I would have assumed that given Hungary's history, the population would NOT have a strong affinity with Russia. I'm aware that the country is different to it's Slavic neighbors - but what a very odd decision!!
You must log in or register to reply here.
Share:
Share Link
Top