JimmyAK said:
OK, makes sense. So I should just move to the next variant (3) and see if it accepts that?
Click to expand...

A final(?) update. So I got brave (or foolish) one evening and decided to try it regardless and finally... success! So thought I'd come back here and post my results in the hope it helps somebody else out.

When I looked at the long coding helper I could see my wheel circumference was set to variant 1 - makes sense given the 16" steels are probably the smallest wheels fitted to the T6.1 out of the factory. 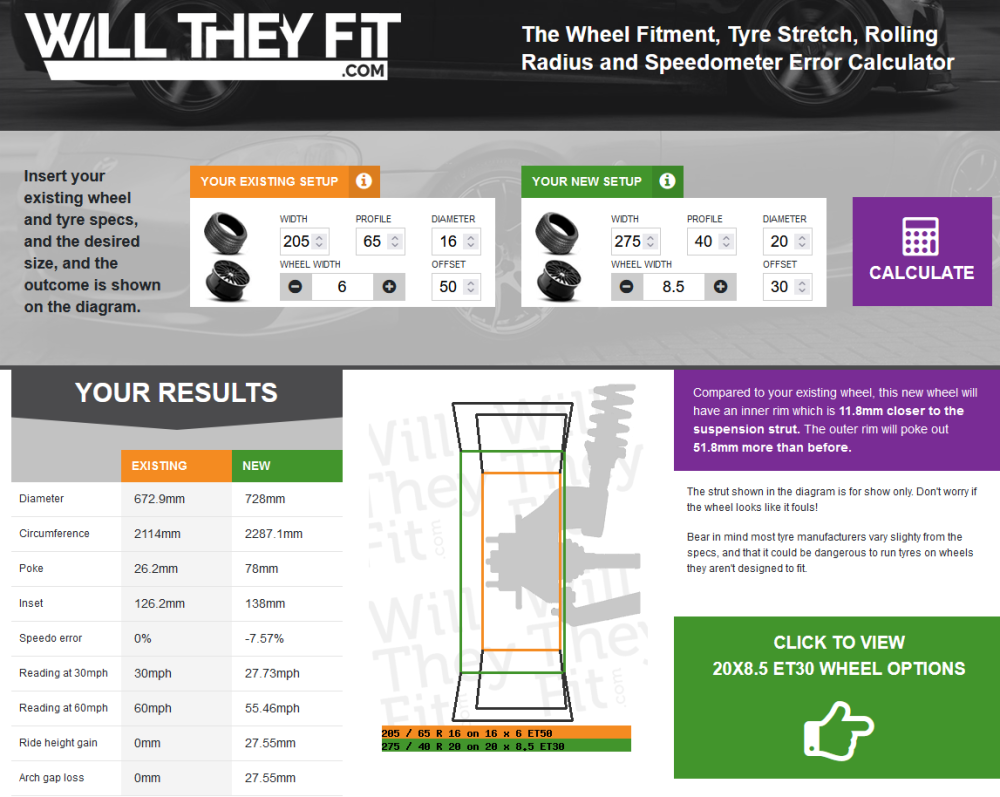 So I know from this thread that changing the wheel variant on the new T6.1 platform is a one-way street. i.e. you can increase the variant but not go backwards. So my approach was to increment the variant one step at a time, hoping they scaled in a relatively linear fashion.

Step 1 - set to variant 2. Coding was rejected (Request out of range). 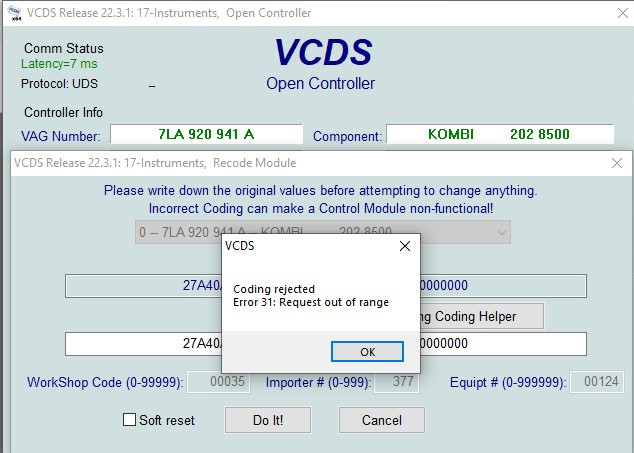 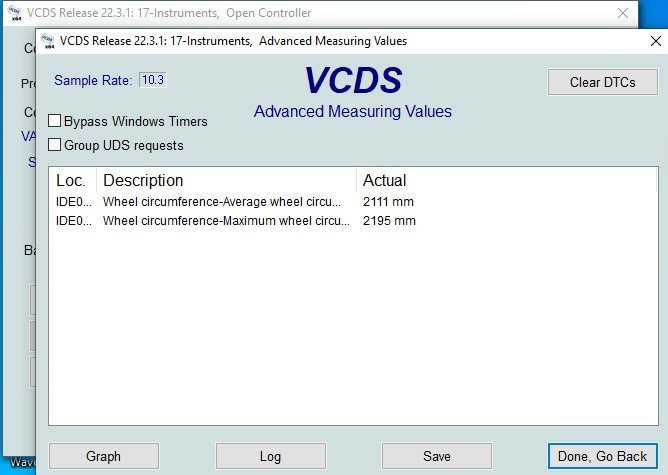 A quick test drive confirmed my speedo error was reduced to about 2-3 mph.

Step 4 - set to variant 4. Coding was rejected (Request out of range).

Step 5 - set to variant 5. Coding was rejected (Request out of range). 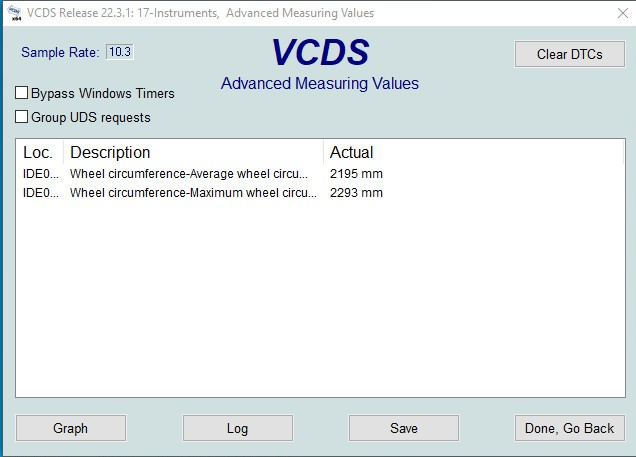 Another test drive and now my speedo is pretty much bang on. At this stage I was very happy to call it quits. Whilst I could have tweaked it higher so that the speedo reads a little higher than actual (as is common practise), I wasn't willing to risk a large leap in circumference knowing that I couldn't revert back. Incidentally I did try going backwards just to verify, and can confirm I got 'Coding Rejected Error 22' which prevented me from doing so.

Thanks to everyone who chipped in with advice, particularly 'AudiGit' who gave me sufficient confidence to go for it!

@JimmyAK : thanks for taking the time to share your findings. I'm very interested in your observations and whilst there is much in your written words - access to the pictures would add an extra dimension to my (our?) understanding.

I'm not sure how you see this webpage on your laptop/PC, but if you log-out of the forum and come back to this thread, you should see that your pictures are not accessible.

The instructions for posting pictures on the forum can be accessed by clicking on "how to" at the top of this webpage and selecting the appropriate option.

DV52 said:
if you log-out of the forum and come back to this thread, you should see that your pictures are not accessible.
Click to expand...

He's trying to link pictures that he uploaded to another forum. They probably load for him because he's logged into that forum himself, but not for us because we're not.

Uwe said:
He's trying to link pictures that he uploaded to another forum. They probably load for him because he's logged into that forum himself, but not for us because we're not.

Apologies, that's exactly what I did. I didn't realise the images wouldn't appear for non-logged in users. Hopefully all fixed now! Note to self - RTFM.
You must log in or register to reply here.
Share:
Share Link
Top