Well that would be good if hadn't just spent the better part of my day trying different codes and lowering my battery too low to continue at this time. The car is back on the charger and will be ready to go in the morning. I found out how to reset the wsc through research. Would it help me to have the scans from before the car started acting up ? as I do have the original scans from the first day on.
Dec 4, 2020 #42

ok so I still can't find the information on how to access the security login code so I did what I could and ran a new scan this looks a lot different than the first one but the car still isint starting
Code:
Last edited by a moderator: Dec 5, 2020
Dec 5, 2020 #44

You have not logged in and changed WSC when recoding.

You have not shown us status of TV.

Sorry I go excited that the codes were gone and forgot to include the additional information. I went into the log file and deleted the confg file and that allowed me to enter the new wsc. when I restarted the app The status of the tv was, passed ok. Both the values in the immobilizer were 1 ( indicating disabled ) and the voltage was at 12.4. the only thing I see at this point is the key. The issue I am having is when I am asked for the login I don't know what to put in there so I can't access the window that allows me to recode the ECU. I am researching that last bit and I will let you know when I have success. I thought I had it figured out today and only got as far as being able to enter a new wsc, once into the login I put in 12233 and it told me to go pound rocks for at least 10 minutes. At that point I went in deleted all the DTC's and ran a new auto scan just for kicks and that is the scan you are looking at.
Dec 5, 2020 #47

Why do you insist on speaking in tongues? Logins have never been hexadecimal numbers.

Logins have never been hexadecimal numbers.
Click to expand...

Depends on tools used, in VAS5163 indeed it is.

I expect the RTFB to be used by OP and indeed it is in there.
Is it in VCDS captions, if not maybe add?

Why do you insist on speaking in tongues?
Click to expand...

I did say use RTFB..... Plus I can be an asshole because I expect them to use RTFB!
So they must think, you know "perfectly"!?

I would use the RTFB if I had the funds. This situation has cost me well over $500 and that's not including the fees that I owe you. The amount of research that I am having to do trying to comply with your requests is exhausting so please don't berate me, lack of funds is the only thing I am guilty of. I will set off to find out why you are saying I don't need to log in to marry an ECU. When I do what I think is the right process I am told that I must log in before coding. You may have slipped and inadvertently given me a bit of information the decoded 01283 bit didn't get over looked. I am learning more about this system than I ever dreamed I would need to know and that is a good thing , meanwhile my son is on foot looking for work. onward.
Dec 6, 2020 #51
G

This is a complete shot in the dark but I had a similar issue with a Volvo some years ago, the ecu was coming up as bad so we replaced the ECU a with a good tested one, the car cranked ok but would not fire yet we had power at the ECU. The battery went flat so we took another battery out to the car and connected with leads to try and start it again and it fired straight up. left it to run for 15 mins and then took off the leads and it died

Very weird so we swapped out the battery and the car was fine, put the original ECU back in and the car ran fine it was actually a battery issue yet it would crank but not start

Maybe try a different battery first to rule that out and then see if you get a drop out of power under cranking at the ECU connectors.

In addition check the fuse and relay to the in tank pump, that sometimes doesn’t show on diagnostics and we had a van that did that that got towed in and turned out to be a fuse as we couldn’t hear the pump priming when the key has turned on. It doesn’t explain the immo light but as Jack has said if you don’t have a matched key to the cluster that’s going to come on anyway.

His immobilizer is defeated GXC.

I am not berating anyone I answered you and guided you, even offered remote & second ECU not dismissing you.

I, as does the forum expect you to at least have a good battery and repair manual.

Do you have spark, fuel, compression, timing?

What is missing with routine test light, do you have one or a light bulb & some wire?

I'm sorry for your financial situation, however, I am indeed trying to help you.

Ever consider that a bad battery or connection could be what caused the immobilizer problem to fail from beginning while playing with clone tool's?

I can tell you most immobilizer or failed ECU'S or coil pack power stages, fuel pumps have issues indeed were caused by low voltage or connection issues.
Dec 6, 2020 #53

Sorry about my post last night I was feeling defeated and frustrated,, the amount of time that I have given to this issue is insane. I do indeed have a trouble shooting light along with various VOMs both analog and digital an oscope and digital frequency counters so Troubleshooting equipment is not the issue as much as lack of knowledge. I do have a manual but unfortunately it's not the holy grail Bentley manual, it got me through a transmission swap but has proven useless on this issue. I stated in my original post that this issue started when my son let his battery completely discharge on several occasions, we have replaced the battery witrh a brand new unit. I have been keeping that battery fully charged but it will only last so long with the key on while I stumble around with the computer and other test equipment. Brown outs are a notorious culprit of destroying electronic components, those poor little circuits get very confused if it's not a 1 or 0, 40 % of the expected voltage is far more destructive to logic circuits than 110% , agreed. I am having an issue understanding how using a VAG-TACHO after the problem appeared caused it to begin with , did the car some how know what lay in it's future?
Today I am going to start from square one, after getting the new scan from the vagcom last night it seems my issue has morphed into an additional or at least a different problem. When the issue was the immobilizer the car would start for a second and then cut off, now it just cranks and cranks. It gives me the feeling that there is spark issue so I will pursue that as if the ecu is working and see where that takes me. The one thing I have on my side is perseverance, I will figure this out, I really have no choice so whatever it takes I will do, thanks again for your time and patience.
Dec 7, 2020 #55
V

I've been thinking about the car and how this issue has progressed and I am having problems following the logic. The issue started out with the car randomly not starting (it would start sometimes and run with no issues, the next time it would take 20 tries to get it to run after the one second cut-off), it progressed to immobilizer activated. I got the immobilizer de-activated and cleared all the codes on the vagcom, now it cranks but no start. I don't want to start wandering around looking for issues that logically don't exist, the car ran perfectly until the immobilizer issue came up. Why would I start trouble shooting the fuel system and others, it seems to me that the entire issue lies with the ECU/immobilizer. I am trying to figure out the logical course to take on this issue and it keeps bringing me back to the ECU but without dtc's I have no direction, any thoughts would be appreciated
Dec 7, 2020 #56 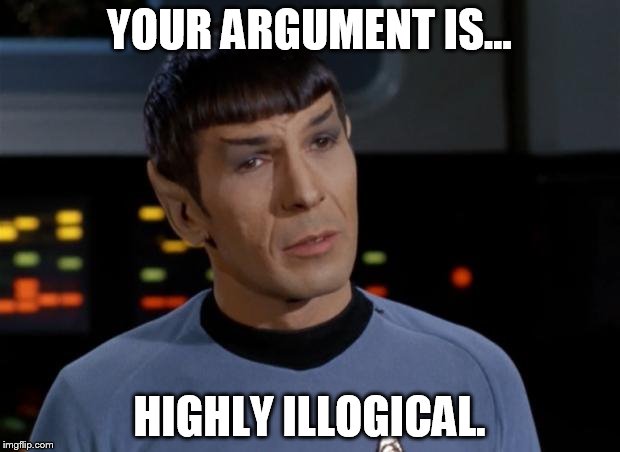 As aforementioned what is status of car running with fuel sprayed or spark, is terminal 15 powered at coil or is there a pulse during cranking?

Could you log with VCDS and see of RPM G28 is observed when cranking?

What is so hard about checking such things in about literally 5 minutes of time?

Maybe you induced a problem with excessive cranking on low battery with replacement ECU, because that code is a result of such an act?
Last edited: Dec 7, 2020
Dec 7, 2020 #57
V

Here is todays scan results, as you will see I finally figured out how to login in, it turns out if you hover over the window where you are supoosed to enter the code it tells you to enter 01283 to enable coding.I was able to recode to default the ecu with a different wsc and after checking voltage and tv adaptation as well as the immobilizer status I ran the auto scan and got these results

I don't have any problem with doing these checks, I will and get back to you and let you know what I find. I was just having trouble understanding why I would go in any other direction at this time, no offense intended. I did try to start the car with fuel yesterday with no luck. I don't know what terminal 15 at the coil is but I will find out and let you know what I find. Meanwhile you asked the following of me "Could you log with VCDS and see of RPM G28 is observed when cranking? " would you please rephrase this sentence as I am having trouble understanding what it is that you want me to do
Dec 7, 2020 #59

Just let me know if you would like another ECU, I will not hesitate!

If you search G28 in wire diagrams it will become clear.

Terminal 15 is a DIN spec for key voltage switched ON typically a black wire as per Bosch.

See JPPSG all forum how to section posts.

I just found what I think is what you were talking about I tested the input connector to the coil pack on the outside position pin 15 with the ignition on and got 0 is that what you asked for ?
You must log in or register to reply here.
Share:
Link
Top