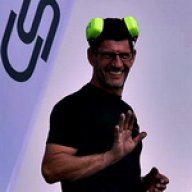 Hello everybody. My name is Michael, 55 years old, I live in Berlin and after a few years of trouble with cheap plagiarism I bought an original VCDS because I had some problems accessing various control units on my Touareg 7L V10 TDI from 2006. At the moment STG 34 is causing me some problems with the adjustment. The saved values ​​497mm at the front and 502mm at the back differ considerably from the measured values ​​440 and 470. I can enter these in the adjustment after successful login in MWB 1 - 4 and they will also be accepted, but if I then under MWB 5 wants to save, the following message appears: ERROR: CHANNEL 5 NOT AVAILABLE. What can that be? MfG Micha 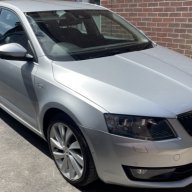 Most of us don't speak German so it would be a great help if you download and install the English VCDS (which can happily live alongside your German version) and use that when posting here.

The suspension module must know (or at least believe) that the doors (and rear lid) are closed in order to function properly.

Looking further down your scan, I think you will have to correct some of the faults in 46 in order to get the proper status info to 34.

PS: Dave is correct; although I personally have no problem reading German, we would very much appreciate it if you would use the English version of VCDS to post data in this forum.
Jul 2, 2020 #4

Hello everyone and thanks for the hint with the German autoscan - of course I didn't think about that. Here is a current scan of the English version.

Here the new scan, sound system and TV are not in work.

So the faults in 46 are gone. What did you do to fix them? The fault in 34 reflecting the issues with 46 is also gone.

Have you verified in the MVBs of 34 that the module sees the doors and the rear lid open and close as it should?

The next thing to do is to charge this poor vehicle's battery. 11.6V is essentially an empty battery.

Good Morning. Because of the errors in the control unit 46, I didn't do anything, maybe it was undervoltage sometime. I deleted them and now they're gone. Both batteries in the car are 1 month old, so new. The voltage display in the autoscan is not correct, during the scan the voltmeter display was ~ 12.5 volts. The display shows 0.1 volts too much, I compared this with an external measuring device.
Jul 3, 2020 #7

micha912 said:
The voltage display in the autoscan is not correct, during the scan the voltmeter display was ~ 12.5 volts. The display shows 0.1 volts too much, I compared this with an external measuring device.
Click to expand...

Then it sounds like you've got a substantial voltage drop somewhere in this vehicle's electrical system that you should try to find and correct.

Hello and have a nice day everyone. Once the new batteries are installed, I no longer notice any abnormalities in terms of voltage. Of course, after 4 hours of VCDS with IGNITION ON, the T would also like to have a charger.
But what can you advise me about the original problem? I will start a new attempt to learn the level control with the fault memory cleaned - with the engine running, the doors closed and the window open to access the laptop. I have checked the MWBs for doors and tailgate, they show the respective status of the components correctly.

Are you sure you are measuring the values correctly? 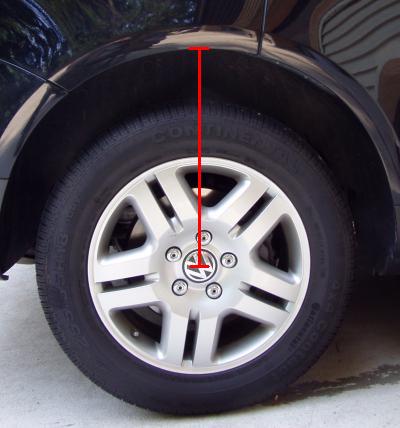 Is the front really sitting 47 mm lower than it should be? That's quite a lot!

My experience (from more than 15 years ago!) with a 2004 7L is that it will only go about 30 mm lower. And even to get that far, we had to adjust in steps, i.e. the module would not accept such a big change all at once.

through detours I somehow managed to save my measured values ​​yesterday. Contrary to the instructions, I not only confirmed the measured values ​​to be entered by TEST, but also pressed EXCEPT at each MVB. In any case, at the end I was also able to successfully take over everything in MVB 5 that has so far caused an error. The warning lights from the undercarriage and in this connection also those from control unit 55 are gone. I will submit an English scan with the other pending errors when I get back home.

BTW: Uwe, just as shown in the photo, I went every time. But as already written in the input thread, my measured values ​​differed considerably from the stored and the information that is given in ElsaWIN (497/502), so that I initially suspected that the control unit was below J197 numbers 3 and 4 recoded. What do these two statements refer to? Height at normal level? Can I check the actual height, which is measured via the level sensors, in any MVB?

Have a nice day everyone,

micha912 said:
Can I check the actual height, which is measured via the level sensors, in any MVB?
Click to expand...

There is "Deviation from Nominal Vehicle Height" in MVB 004 and "Absolute Vehicle Height" in MVB 005, but these don't correspond to the directly to measurement between the axle centerline and the to of the fender; the suspension module doesn't have any way to make that measurement; if it did, you and your measuring device tape/stick wouldn't be needed to calibrate the system.

Hello everyone, I have looked at the suspension settings again. First I entered and saved the actual measured wheel arch <-> wheel center, since it was then much too high. I have just entered and saved the standard values ​​497/502 again - these heights now only reach in sport mode, so in my opinion then still too high in normal mode. Where do I think wrong? In which measured value blocks can I read the height actually reached / measured? Micha
You must log in or register to reply here.
Share:
Link
Top