DV52 said:
PS: notice the serial number on the VCDS dongle- Perhaps a "special" relationship with Ross-Tech?
Click to expand...

PCI is one of our distributors in Germany. Not sure whether they put a custom label on it or Photoshopped it.

Coding on MQBevo (MQB2020) ist confused for now. We can`t handle coding of Trailer bar on some cars, but also some cars denied access of coding. We`re not sur if some of first cars haven`t implented SFD in first month. We`ll try to investigate that.

I know the known tool from Poland can handle SFD for some special people actually, maybe there`s a point to integrate SFD in other diagnostic tool with some special contract with Volkswagen Konzern.
Jul 4, 2021 #103

This may be dated, but I thought I would add it for those (like me) who are just discovering SFD. 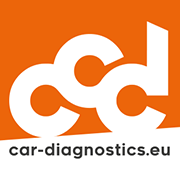 stefdds said:
This may be dated, but I thought I would add it for those (like me) who are just discovering SFD.
Click to expand...

This is somewhat preliminary, but appears to be working: 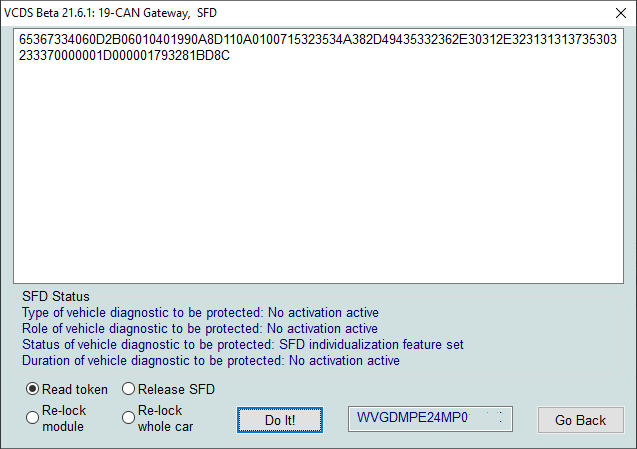 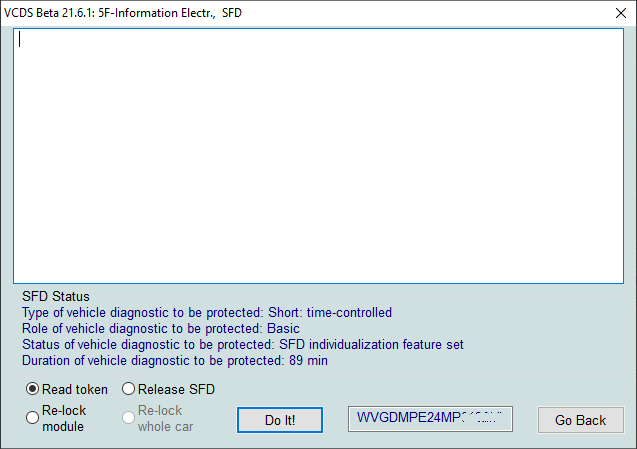 Good Morning Uwe, the links are showing the icon with the diagonal line through the LR corner (?) ; tried to click on them but neither seem to work? Also tried Right click with "open in new tab" gives me the RT page with the message :


Oops! We ran into some problems.​

stefdds said:
Oops! We ran into some problems.
Click to expand...

Sorry, I should have anticipated that.

Should be visible now.

@Uwe....... thanks for the early heads-up. While accepting the "work-in-progress" nature of the screen shots - the Read token radio button in the screen-shots suggest (to me) that the VCDS user must have a GEKO account to use the solution.

Am I reading too much into the pictures - or is the solution intended ONLY for "professionals" who can justify the cost of formal registration with the VAG mother-ship?

DV52 said:
the Read token radio button in the screen-shots suggest (to me) that the VCDS user must have a GEKO account to use the solution.

Am I reading too much into the pictures - or is the solution intended ONLY for "professionals" who can justify the cost of formal registration with the VAG mother-ship?
Click to expand...

I'm not aware of anyone who has found a way around the need to get Release Tokens from VAG's servers.

However, there appear to be some third-party services that are willing to provide Release Tokens (for a price of course). I assume they have GeKo accounts. Of course I also wonder how long will VAG tolerate such services...

@Uwe: Thanks again - doesn't sound good for us non-professionals and it has to result in a dramatic change in the value proposition for future purchases of any VAG centric diagnostic cable!!

If Tokens cannot be avoided and regardless of whether they are obtained via "GEKO pimps" (i.e. by resellers offering monthly/daily accounts - VAG permitting, as you say), or via official VAG channels - it has to fundamentally alter the business model for ALL third-party cable manufacturers; these cables become direct competitors for ODIS buyers only- and that's ALL!

Meaning that the enthusiast market vanishes - which is a terrible outcome!!!!

Uwe said:
However, a goodly number of enthusiasts buy it to do actual diagnostics, i.e. read fault codes, look at measuring values, etc, and that is functionality that isn't blocked by SFD.
Click to expand...

@Uwe - I hope that you are correct (because VCDS is quasi industry standard and because I happen to like the Ross-Tech corporate value-set)!

But, if the appeal for the "goodly number of enthusiasts" is as you say - then as I have said, it must "result in a dramatic change in the value proposition for future purchases" of VCDS by this market sector!!

Result = an entirely different business model for VCDS to the one-size-fits-all philosophy that seems to permeate current VCDS software (and to a lesser degree, current VCDS hardware).

But maybe I'm being overly dramatic??

Also, notice that he has listed the other links ; Whitehouse, etc.

Uwe said:
I don't think it vanishes. Sure, some enthusiasts buy it to do tweaks and retrofits -- we see a lot of them here. Those things will certainly become more difficult. However, a goodly number of enthusiasts buy it to do actual diagnostics, i.e. read fault codes, look at measuring values, etc, and that is functionality that isn't blocked by SFD.

However, a goodly number of enthusiasts buy it to do actual diagnostics, i.e. read fault codes, look at measuring values, etc, and that is functionality that isn't blocked by SFD
I wish that this were in fact true but it is hard to know accurately. My main use of the tool is to forestall trouble before it happens and that consists mainly of establishing a data base for my car and then doing periodic diagnostic tests. That approach seem to have zero approval on Audi forums. Even on R-T forums there is little interest in discussing preventive testing. Of course it may well be that the people who agree don't talk about it for good reason (trouble free and better things to do)

Maybe some sort of survey can shine a light how VCDS is actually used. Easy to say.

I would be a real loss if VCDS as currently configured were to vanish. Its quality is an exception in the repair market. Its seems like it's a labour of love and management never sleeps.

One of the challenges is that it is to easy for competitors ( e.g. Chinese and Indian machinery manufacturers but also low cost European and American manufacturers) to copy technology developed by others and sell machines with the same capability at much reduced prices as they have no development costs. One way to slow that down is to put as many functions of your machine into the electronics as possible and encrypted that system so that it is much harder to reverse engineer. VW and their European component suppliers are just doing the same thing. The downside of this is the reduction in reparability as accessing that encrypted control system is not easy and under control of the manufacturer... it just drives you to buy cheap Chinese or Indian machinery in the end because at least you can repair it at a reasonable cost!!!
Jul 13, 2021 #118

@RGH0, I do not see the issue as an intellectual property protection issue. I see the issue as revenue control. The OEs want to control who repairs their cars. They do not want the enthusiast repairing their car under the shade of the tree in their back yard because it takes revenue away from their authorized repair centers. They want that revenue to stay in their chain.

Further, I think they do not want their cars modified. The mods may come back to bite them in terms of liability and such. They justify their locking these modules so that they know their professional network are the only ones able to make changes. Those changes presumably would be limited to ones with which the OE can be comfortable.

As to copying technology, trust us, Ross-Tech knows all about it. Given the number of illegal copies of our product despite our attempts to keep things locked down, we live it every day. The copying is part of a difference in culture. In the Asian East, making a copy of someone's great idea is not an unscrupulous act like it is in the West. In the Asian East it is an accepted way of life.

The Right to Repair will continue to be a battle. It is not just autos as the videos clearly suggest. All products are going like this. The fight for the Right to Repair has been going on for 20 years now and it will continue. Legislators are torn between the big contributions they get from the manufactures and listening to their constituent voters who want the Right to Repair the machines they buy. To whom do you think the legistator will listen? The one paying the way or the one who casts a vote?
Jul 13, 2021 #119

Bruce said:
The fight for the Right to Repair has been going on for 20 years now and it will continue. Legislators are torn between the big contributions they get from the manufactures and listening to their constituent voters who want the Right to Repair the machines they buy.
Click to expand...

There are potential downsides to it as well. Depending on how Right-to-Repair is implemented, I could see where we might be obligated to provide schematics and repair parts for our interfaces...?

Bruce said:
The Right to Repair will continue to be a battle.
Click to expand...

And even when a Right to Repair is partially implemented the legislators cannot be relied upon to get it right.

The UK Government have just implemented a Right to Repair for domestic white goods - but here is a hidden (and unreported by most media) sting in the tail - parts for 'simple' repairs will be made available to all but parts for more involved repairs (such as motors or heating elements) will only be made available to 'professionals'. So what's the problem?

The reality is that ALL these parts have been freely available over the counter and online in the UK to anyone for many years and me & my brothers have routinely (and safely) repaired dishwashers, washing machines, dryers, etc. we have owned - but if many parts will be restricted to 'professionals' will we be able to carry on repairing these white goods?

Right to Repair is a whole can of worms if implemented by people who do not do the repairing themselves as this illustrates.
You must log in or register to reply here.
Share:
Share Link
Top