How to remove item fom "Installed" tab if it's not showed in Gateway list?

Hello! Is there any way to remove an item from the "Installed" tab if it's not showed in the Installation List?

I have a problem with 0B-Sec. Air Heating 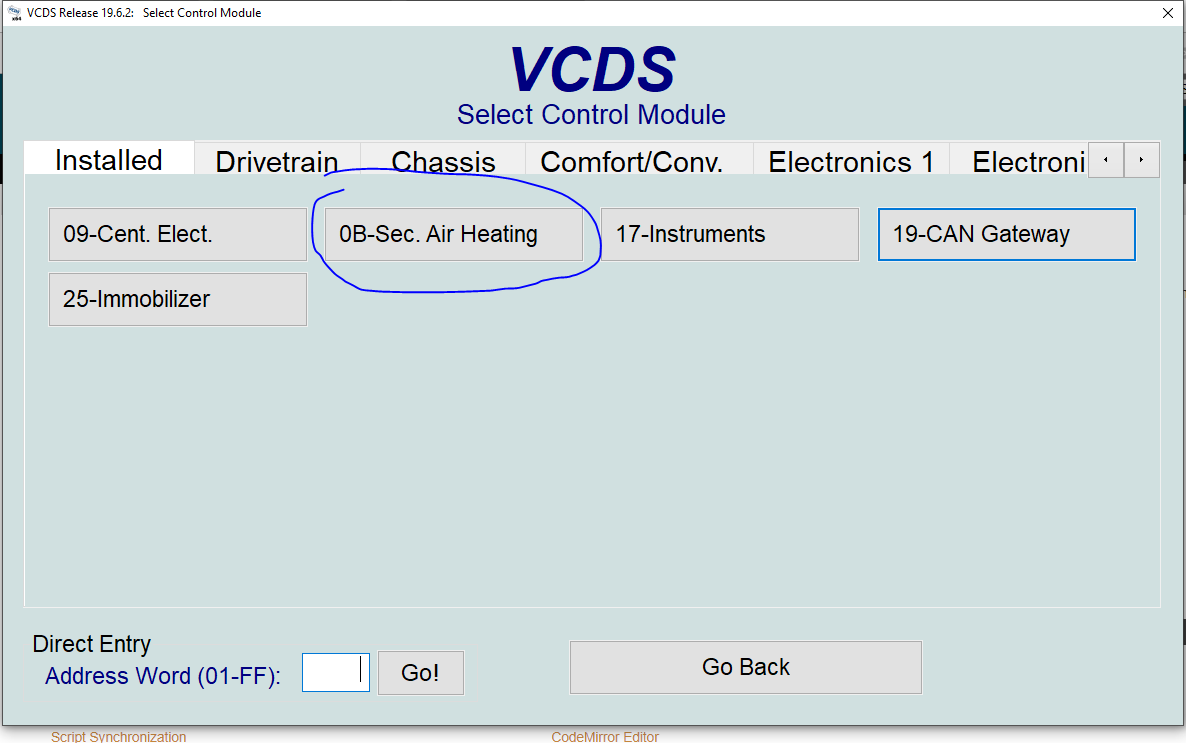 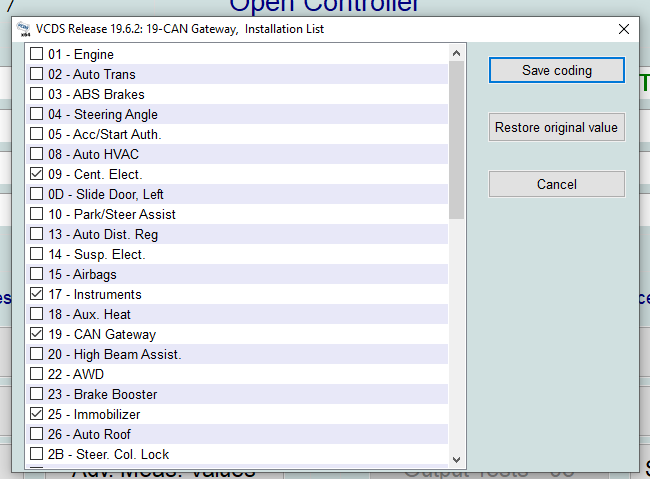 Is this a an actual car or some modules on a test bench?

Please do an Auto-Scan using Auto-Detect and post the results so we can see what VCDS actually finds.

OK, that is somewhat puzzling. I have a half-baked theory, but I need to discuss it with Eric in the office tomorrow before I make myself look dumb by posting it here.

iichel said:
My suspicion is that 0B is always shown on a 7E0 gateway, I'm having the same in my car.
Click to expand...

Hello iichel, I didn't want to bully you on WhatsApp

iichel said:
My suspicion is that 0B is always shown on a 7E0 gateway, I'm having the same in my car.
Click to expand...

Even if that's the case, it's still a bit strange that it shows up in the list of buttons, but not here:

With the Gateway that does exhibit the 0B in the button list, in VCDS, please go to [Options], set Debug Level to 1024, click [Apply] and then go to the Auto-Scan screen and click [Gateway Installation List] button. When after you see the list, go back from the Auto-Scan screen and click [Select] to bring up the button list. When it appears, exit VCDS gracefully. Next, look in your Debug sub-folder. ZIP up any files with current date/time stamps and send them to Support@RT along with a link to this thread.

The VCDS source is peppered with little nuggets in the comments, such as this almost ten year old one

Code:
The T5 (which uses the same gateway as a lot of the Polotariat) has a very dumb arrangement where 0x0B exists but on K and not present in the GVL. With VCDS having no way of knowing in advance if that control module is going to be installed along with one of those gateways, we also scan for 0x0B (on the very slow K line) and present it in the installed modules list.
However when VCDS starts an autoscan, the first thing it does is get a VIN, and from that there's a couple easy things we can do to exclude the presence of 0x0B, such as being a 6R , 6J, AA, AT chassis code. That explains why it's not in the autoscan results and scanning list. Santos prompted that tweak when he mentionned how annoying it was that 0x0B was getting scanned for every time on his LOW-NAR Jetta.
When we get the installed modules tab, however, the waiting time for the GVL to populate is already borderline acceptable, and I don't want to lengthen it even further by connecting to the engine (which takes a long time to setup on legacy interfaces) to query a VIN just so the Polotariat can benefit from what would be a cosmetic fix

Eric said:
The T5 (which uses the same gateway as a lot of the Polotariat) has a very dumb arrangement where 0x0B exists but on K and not present in the GVL.
Click to expand...

Hah! I totally forgot about that!