Hello,
I bought this :

I have semi-electric driver seat. So I have to wire and code vehicule before I can use it...
I need some help.
Thanks

buy one hour on erwin and print-to-PDF all schematics for you VIN.

anyway, you already have power for the seat so you most probably need to run just the can-bus line.

I think you-re right fordriver seat but for passenger one, it's different. I haven't yet any electric function...

And I must drive wires from fuse panel to the back clim control unit to power rear seat heating.

You'll have to run Comfort CAN to the driver's seat anyway to get memory to work. If this seat also has ventilation, the ventilators are LIN submodules of the BCM, so there's wires to run for these also.
Jan 13, 2020 #5

Ok, no ventilator.
Where is located the comfort CAN?
I'll check in documents above but it's good to have guidance through this retrofit.
Thanks
Jan 13, 2020 #6

Ok, I watched the diagram. I think you're talking about the CAN Gateway J533.
I saw from driver seat controller plug T32b pin 15(CAN low) and pin 16(CAN high) to CAN gateway (J533) plug T20e pin 5 and pin 15 via coupling point under driver seat.
So, I might just have to run two wires from CAN Gateway to driver seat coupling point?
My back and my knees remember soldering job for A5 module retrofit...
Downtime talked about a coupling point below A pillar. Any picture please?
Jan 13, 2020 #7

Can I find some coupling points here to run to Can gateway? I found that CAN gateway (J533) T20e pin 5 and pin 15 are wired to LID control module which is really easily reachable.
My question is: Can I solder CanH an CanL from driver seat module on any corresponding wire?
Jan 13, 2020 #9

So, I took time to learn a little about CAN system and I can now answer to myself. We can plug modules everywhere in CAN line (BUS). It's just a communication line where modules have to be declared in Can gateway to be allowed to communicate each others, sending requests and data responses.
I think now I'll never pay again for plug and play wiring with silly implementation instructions. It's make you put your head upside down unusefully

Now, I understand what Downtime said... searching the better coupling point to solder

I bought a complete harness for the rear bench. It'll be easier.
Anyone could confirm or not what I said on this post about Can Bus wiring?
Jan 16, 2020 #11

^^^sam: Hi. In the absence of anyone else with greater expertise responding - yes, ASAIK your greatly truncated synopsis of how the CAN bus operates is not incorrect. I would guess that within limits and so long as the impedance loading on the CAN high/low wires isn't a problem - splicing into the wire-pair at any point is OK.

A few months ago, I used VCDS like a dark tool which make me solve problems... I prefer learn more now. If someone know where I can learn more about VAG CAN Bus, I would read it with pleasure.

Sam: Given the clear elevation in your understanding over such a short period of time, I have absolutely no doubt that you have the intellectual capacity to learn quickly!!

Purely as a suggestion towards furthering your knowledge - perhaps read SSP_186 as an introduction. Then, if your intellectual appetite is sufficiently whetted - proceed to read SSP_238 followed by SSP_269

PS: apology for providing links to the English version of SSPs - I suspect if you search the net, you could probably find French versions
Jan 18, 2020 #14

Great!
It would have taken me a long time to select these really interesting documents on the web.
I'm very grateful!

Hello, I read the documents and learned more on CAN BUS communication. It's really interesting and it made me understand strange things that can happen in the car.

1. According to the priority messaging system, when a problem occurs (not serious but triggers the engine alert), we have an engine alert on the dashboard and just after a second related alert from another controller. Not really important, but it is better to know why it is done this way.

2. Along the coding of the controllers, I saw that certain parts or sensors which were actually implemented on the car were recorded as "not mounted" or "not installed, not coded" on certain modules. Depending on the vehicle's equipment, the elements are connected directly to the controllers or to the onboard network BUS. Sometimes, the sensor is used for several units but when it's used for only one unit, there's no reason to make it communicate with all modules. So, VW made sub-networks or direct connections. Some modules'firmwares allows the two options which can be coded. In the Passat, it's the case for rain sensor and many others. I.e., we only select communication mode with those components. If it's coded on the module, identification and priority module's code is recognized on the bus can and data can be shared.

I know now why wires are interlaced (to avoid magnetic perturbations) + the two wire doesn't have the same working voltage but signal shapes are similar or opposite to limit inducted magnetic fields.

But in my car, near coupling points wires aren't interlaced on several centimeters (factory fitting) and there's no trouble... Is this allowed by self error control through comparing the two wires signal???

Beside this, I read other SSP on Passat and diagrams to find the best way to connect driver seat controller. It's on harness just before door's coupling point on confort CAN Bus. It seems to be easy and nearly conform to factory fitting diagram.

I didn't find anything about the best way to connect CAN wires to other ones.

Thanks for all informations, comments or documentation :

sam1754 said:
But in my car, near coupling points wires aren't interlaced on several centimeters (factory fitting) and there's no trouble... Is this allowed by self error control through comparing the two wires signal???
Click to expand...

CAN bus wiring is more forgiving than you might think. I mean, it's only 500 kbps....


sam1754 said:
I didn't find anything about the best way to connect CAN wires to other ones.
Click to expand...

Provided you connect it correctly (don't reverse polarity) and you use twisted pairs, it's not all that critical.

Wow, it's very fast! It's my internet connection speed!!!

Oups, I lost some data on a crash: 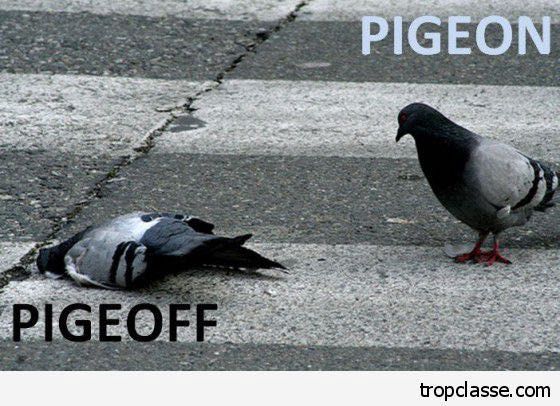 If so, chances that's a several (5 or more?) km long DSL connection -- coming in on Plain Old Telephone wires that aren't even a twisted pair. I recieved interior from a 2014 SW demonstration car in great condition like new. But I understand now that we musn't pull back airbag unit without disassembling backrest!
I had to dismantle all the seat to put back all brackets linking leather cover to foam piece.

It's not unuseful, we always learn...
You must log in or register to reply here.
Share:
Link
Top