I got a new lawn mower: 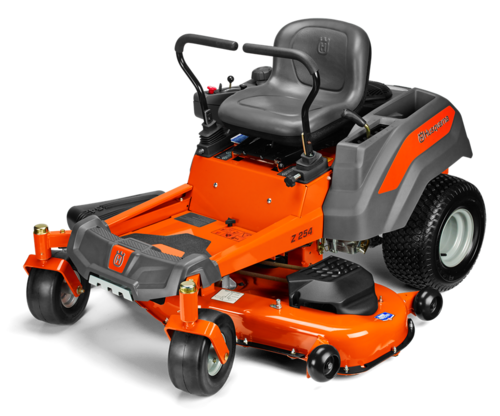 Part of my yard is a downhill with a slope to the left.

And less than 3 minutes into mowing my yard, here is where I got it stuck:

And then about 10 feet (3 meters) further down, got it stuck here:

So maybe 20 minutes into mowing, I had covered less than 30 yards (27 meters). Downhill passes are not a strong point with this mower, but thankfully it does fine going uphill so I'll just change up my mowing style a bit.
Jun 11, 2019 #3,243
D

Jef said:
I got a new lawn mower:

You call that a mower? Get a real mower! 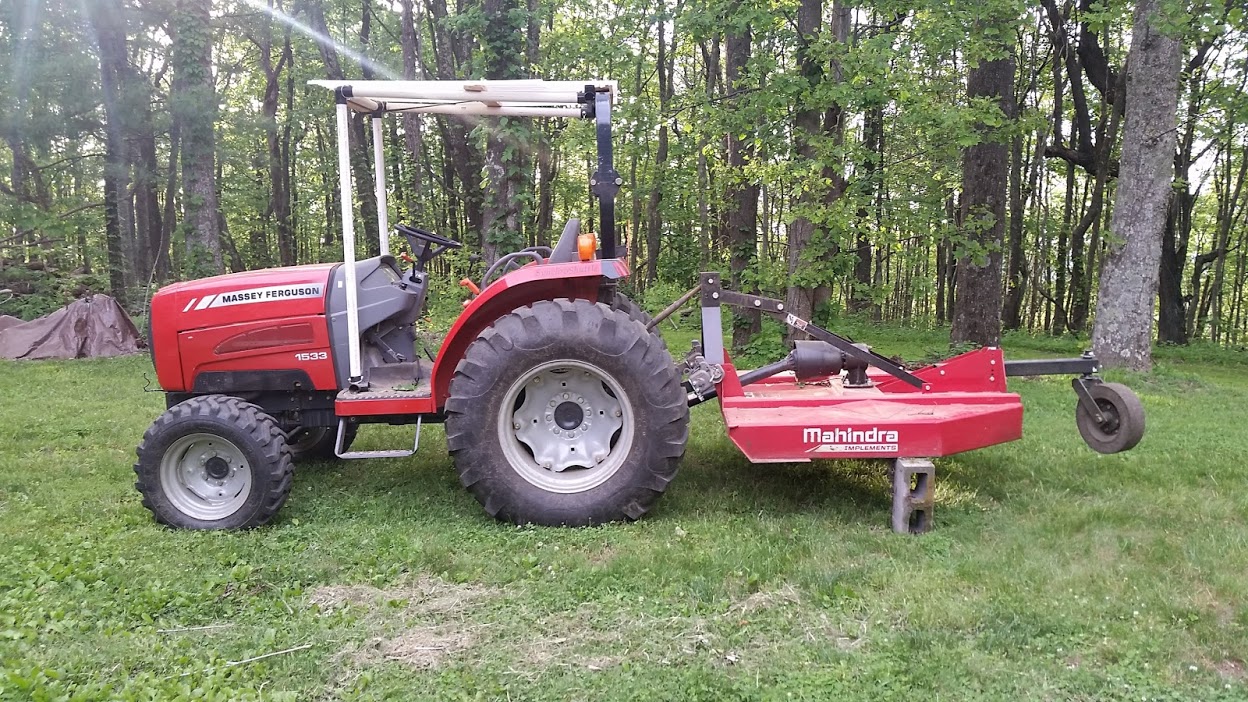 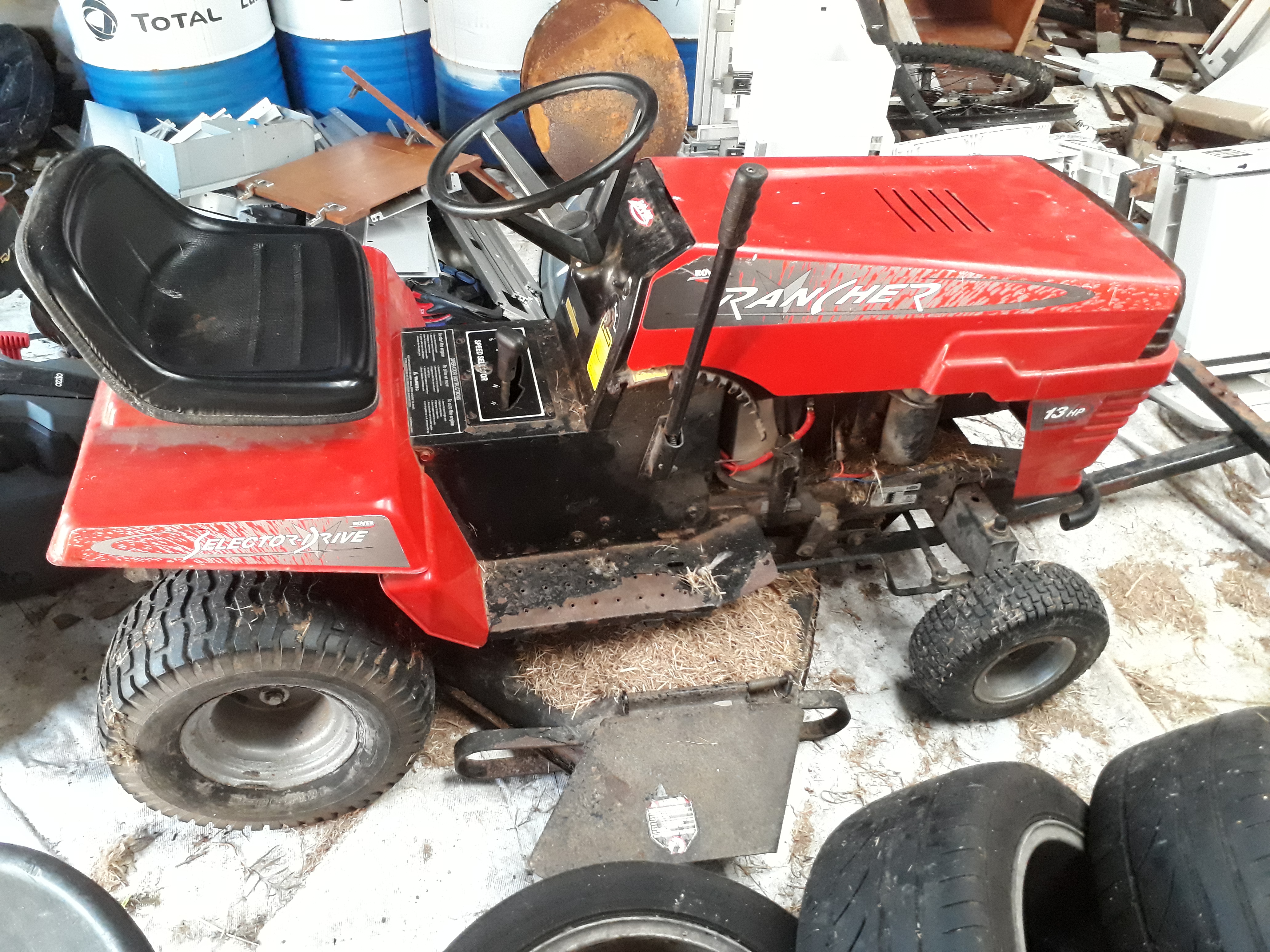 I have previously used it to "rotary hoe" my compost patch... a double garage size area, mowed down to about 3 inches below the surface

Hahaha! There was a broken terracotta pot in there too!

A few weeks back, I used it to mow about a quarter acre of waist high woody weeds in the back corner of our place. In the process, I also destroyed several metres of chicken fence wire, a wooden pallet and levelled off a few high spots

It probably needs new belts... It smelt like I had been doing burnouts afterwards.

I give the poor thing absolute DEATH and it just keeps going... although I did have to fit a used battery to it recently. It's probably the meticulous maintanance it gets: It's had 2 lots of fresh oil in the last 10 years and I once hosed it down and cleaned the cooling air inlet of grass...

2 neighbours have 4WD Kubotas with slashers on them that I can borrow... but I just use this

Anyone want to swap??? 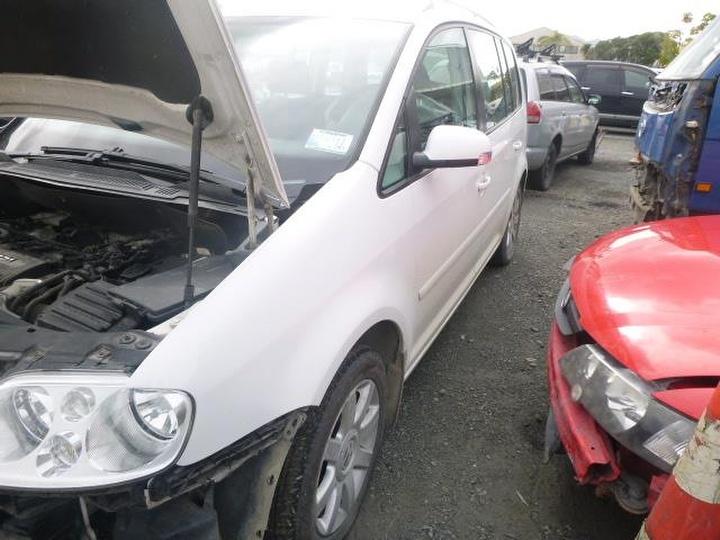 Yesterday Morning:
On a break at work, I discover this "damaged" Touran for sale locally, through a nationwide damaged vehicle auction website. Just appears to have lost it's bumper.

Yesterday Afternoon:
I drive past the storage yard I recognised in the website photos - saw it parked ourt the back. Was planning to pop back and ask to look at it.

Yesterday Evening:
I explain to my Wife why I MUST buy it - tow bar, perfect rear-end to build a half car trailer, 3/4 tank of fuel and lots of spare parts! AND LOCAL!!!

This Morning:
My Wife parks her Touran in town, random man walks up to her offering a spare tyre he had surplus from a Touran he recently crashed... a white one...

What are the chances... even in a small town! Clearly, it was meant to be

Aussie truckie walks into an outback cafe with a full-grown emu behind him.
The waitress asks them for their orders.
The truckie says, 'A hamburger, chips and a coke' and then he turns to the emu- 'What's yours?
''Sounds great, I'll have the same,' says the emu.
A short time later the waitress returns with the order 'That will be $9.40 please,' and the truckie reaches into his pocket and pulls out the exact change and pays.
The next day, the man and the emu come again and he says, 'A hamburger, chips and a coke.
The emu says, ' Sounds great, I'll have the same'.
Again the truckie reaches into his pocket and pays with exact change.
This becomes routine until the two enter again.
'The usual?' asks the waitress?
'No, it's Friday night, so I'll have a steak, baked potato and a salad' says the truckie.
'Same for me,' says the emu.
Shortly the waitress brings the order and says, 'that will be $32.62'.
Once again the man pulls the exact amount out of his pocket and places it on the table.
The waitress cannot hold back her curiosity any longer. 'Excuse me mate, how do you manage to always pull the exact change from your pocket every time?
''Well, love' says the truckie, 'a few years ago, I was cleaning out the back shed, and I found an old lamp. When I cleaned it, a Genie appeared and offered me two wishes.
My first wish was that if I ever had to pay for anything, I would just put my hand in my pocket and the right amount of money would always be there.
''That's brilliant!' says the waitress. 'Most people would ask for a million dollars or something, but you'll always be as rich as you want, for as long as you live!
''That's right" says the truckie - 'whether it's a gallon of milk or a Rolls Royce, the exact money is always there.' .
Still curious the waitress asks, 'What's with the bloody emu?
The truckie pauses, sighs, and answers, 'My second wish was for a tall bird with a big arse and long legs, who agrees with everything I say'!!
Jun 16, 2019 #3,248

FWIW, the original text for U110F is:

So yeah, it's basically like Hal 9000 telling Dave that he can't open the pod bay doors.

What's really funny is when the Easter eggs we've sprinkled around show up in other scan tools.

Drats it's been deleted!!! Clearly said tongue-in-cheek - but a very weighty piece of writing and penned with such gravitas for the short time that it appeared!!

I liked your joke and also the general cut of your jib and also I'd had a number of adult beverages. 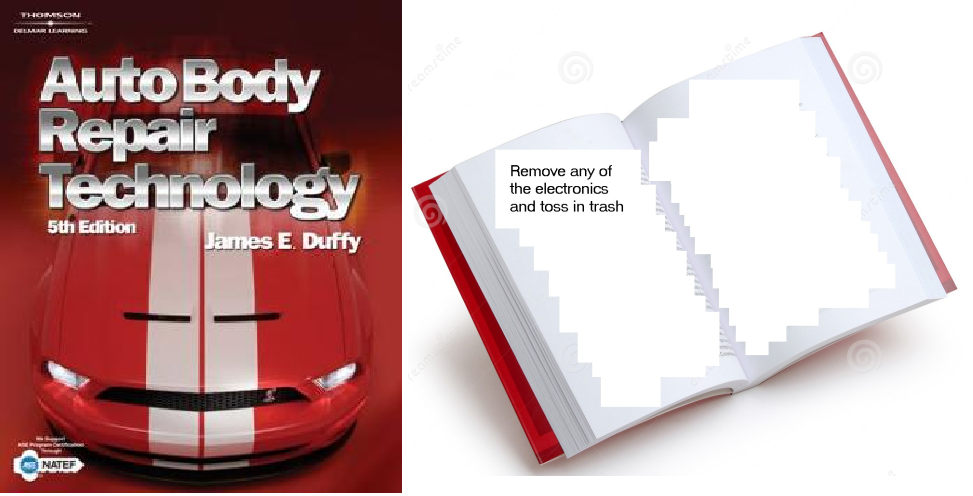 "that (soccer) goal was a wet dream of orgasmic proportion"

I'm a self confessed odd kinda guy when it comes to watching soccer. Actually, I don't follow any ball sports - I have this theory about those that do follow sports and vicarious living (but Uwe's bar is probably not the place to expound on this).

Anyhow, notwithstanding my aversion to watching sport's video - seldom do I get to watch a game of soccer in which the commentator says "that goal was a wet dream of orgasmic proportion": a reaction from the commentator that was particularly poignant given that the entire game was being played by robots!! That's my kind of soccer!! 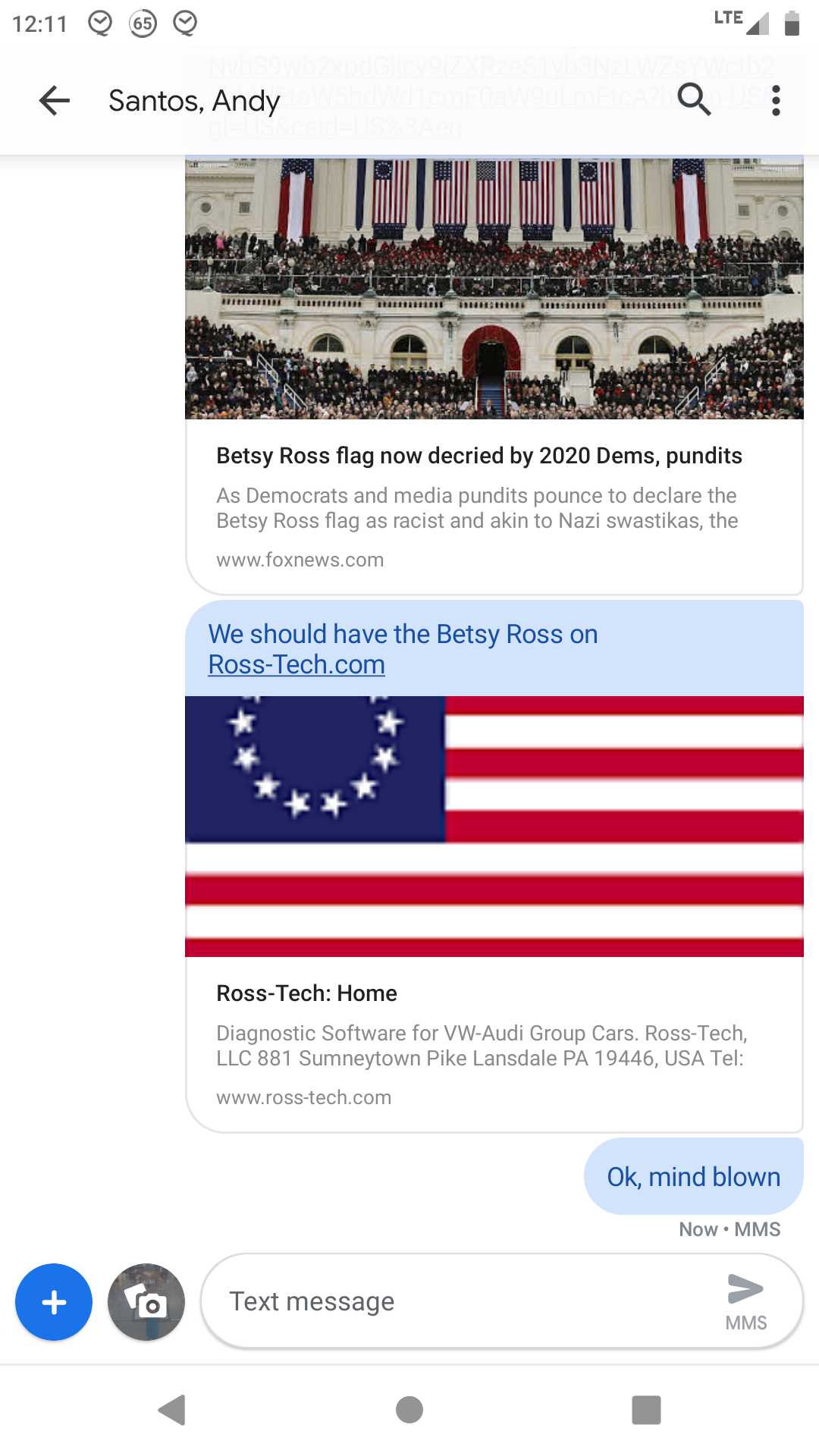 It's all fiction anyway right? 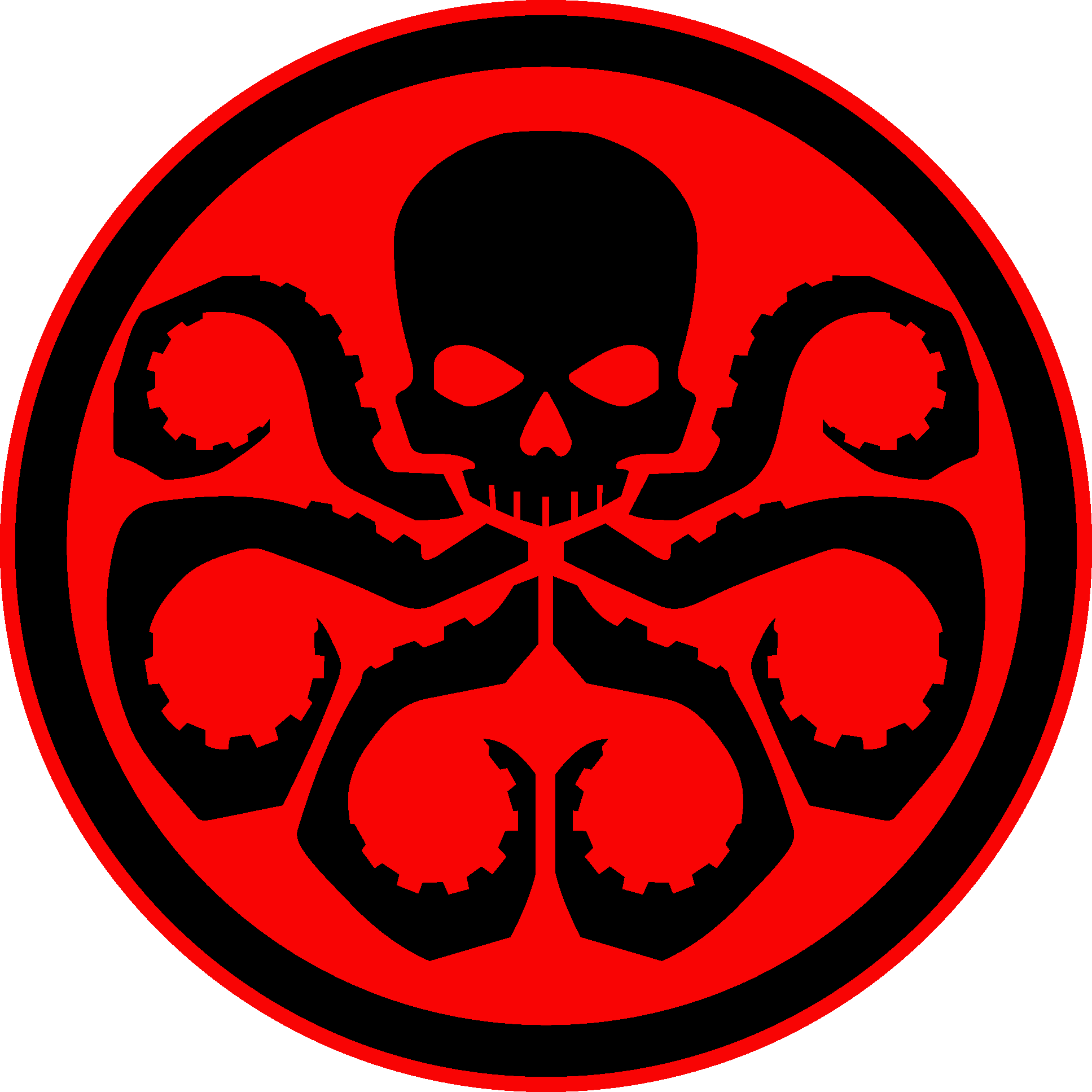 Say what you want about the environment, however, I still love that smell of the volatile's in the shop & more specifically the lock-tight this morning!
Jul 12, 2019 #3,260

Jack@European_Parts said:
Say what you want about the environment, however, I still love that smell of the volatile's in the shop & more specifically the lock-tight this morning!
Click to expand...

Aahh I remember the smell of Castrol R