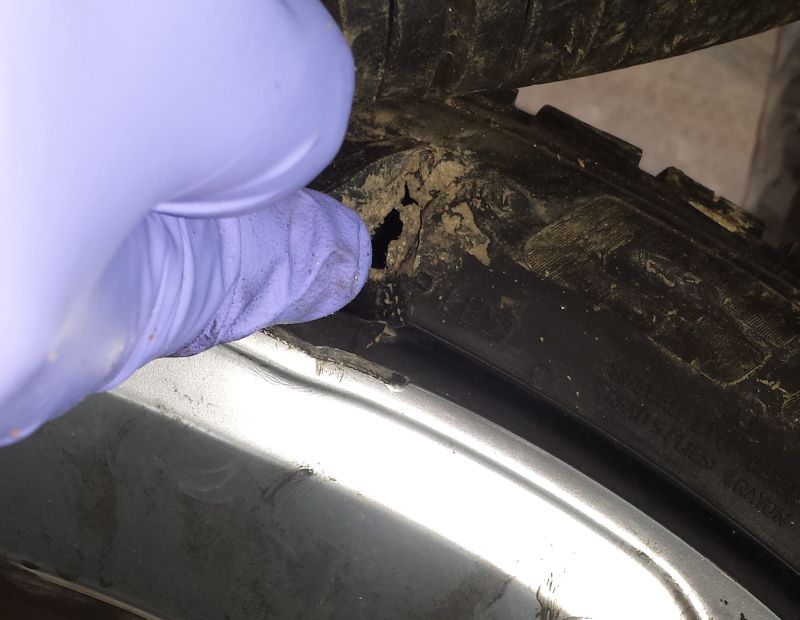 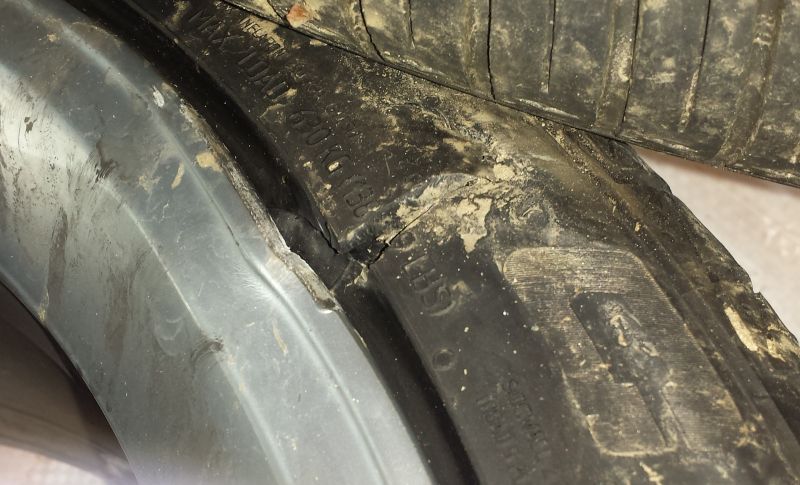 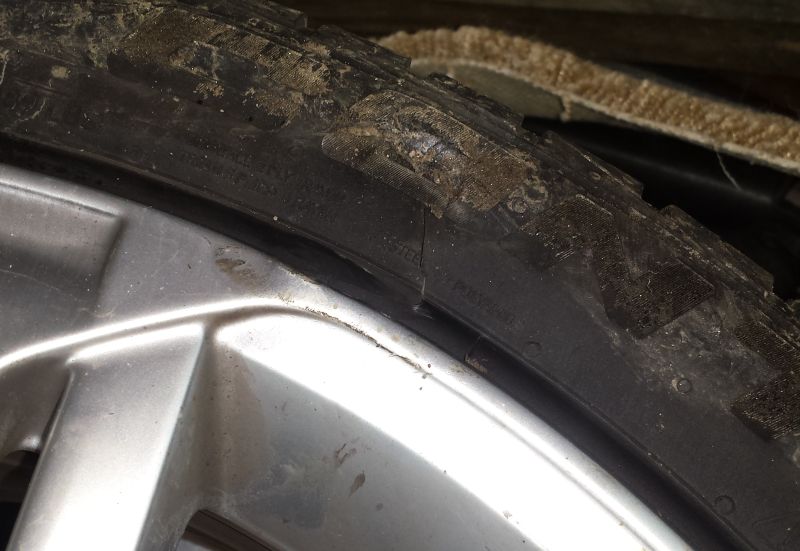 My daughter endorses the above message. I felt a sharp disturbance in the wallet-pocket.

Jef said:
Not so funny... That is the rock that blew out 2 tires on my R here at wookie in the woods. Waiting at a hotel for my wife to bring wheels from the dealer.
Click to expand...

, I was driving from Friedrichsdorf (Germany) to Denmark in my new Golf GTI.
It was about midnight and foggy on the Autobahn near the Danish border, in the left lane BAM twice!
Some sort of iron bar (never saw it) was on the road.
I got the car stopped and pulled over with 2 flat tyres and 2 good, several other cars where standing on the road side.
So what now, I put the spare wheel on and a little later the police came and looked at the different cars.
I asked if I maybe could borrow the spare wheel from the VW Passat (B1) :-) they where driving.
No problem, so I could drive to the police and wait for my brother driving down with a spare wheel.
Apr 21, 2015 #188

Jef said:
Not so funny... That is the rock that blew out 2 tires on my R here at wookie in the woods. Waiting at a hotel for my wife to bring wheels from the dealer.
Click to expand...

I know that feel, bro.

Back in November 2004, less than 24 hours after I bought my old girl, with 800-something miles on it as a dealer demo, I nailed a pothole and killed the right front tire. The wheel made it, but I don't know that the suspension or wheel bearing in that corner has been truly completely right since then. It's hard to really say, since I had all of one day's driving experience with the car before it happened. Other than that, she's mainly had an undramatic life, at least until my daughter got hold of it.

Last year I was coming down I-71 South into downtown Cincinnati, and drove through a big series of pavement chunks that had come loose. I saw two cars on the shoulder that had already lost tires, but I didn't realize why until I nailed a baseball-sized chunk myself. But, this was during my new girl's 86 day $14,300 odyssey so I nailed it with my service loaner Beetle! She kept driving okay and I only had a mile to go, so I chanced it... found a huge sidewall bubble when I got there. Naturally that's the one day a year I'm wearing a suit, because I'm paying a visit on a stodgy old insurance company, and I had to change a tire in a parking garage to get home.

Best part: I almost made money off that last one.

I drove the service loaner back to the dealer on the spare, and paid up for the tire since it was obviously my responsibility. The way they handled it was to run the loaner through service as if I was the owner. I started getting a bunch of emails afterward, congratulating me on my new 2013 Turbo Beetle. Along with them came a coupon for 10% off my next service. My part of the odyssey was coming up on $4,500 and there was no wording on the coupon about it being restricted to a certain car. I mentioned the coupon to the service manager when I saw her next... she started looking a little queasy. I didn't hold her to it. I knew it would have come out of the tech's pocket, and I didn't want him to hate me and my car while he was working.

Another thread which should have the don't like button..........

I put two piece BBS 16 inch wheels on my 04 R32 11 years ago, when the right front tire was bubbled in first 500 miles.
I had to lose the big brakes to do it too.......was totally worth it in weight reduction and TQ gain. 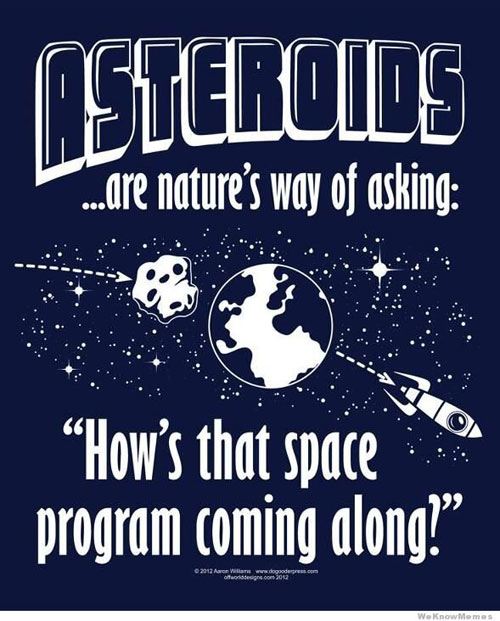 thanks to Disney taking over the production: 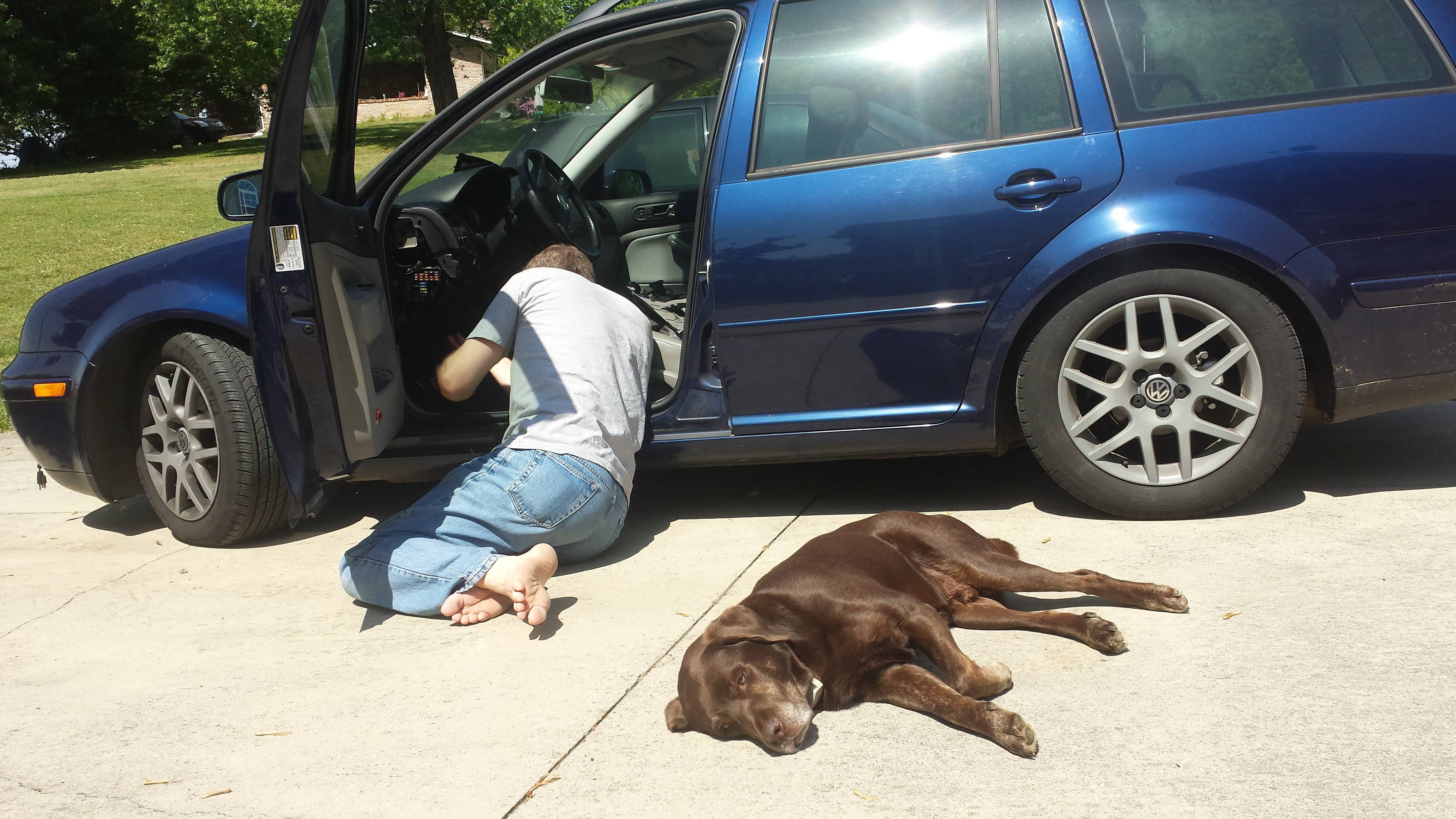 Yeah, my dogs recently rediscovered sunlight and Vitamin D as well... it's like they're remembering how to be outside dogs after winter.

That's one of our employees (the person, not the dog), I think on his lunch break.

Uwe said:
That's one of our employees (the person, not the dog), I think on his lunch break.

Uwe: Always a good thing to have employees that are so passionate about their work that they continue their labours during their lunch break - is owning a VW a mandatory requirement?

DV52 said:
is owning a VW a mandatory requirement?
Click to expand...

No, Audis are acceptable too. Heck, we even let Sebastian slum it in a Skoda for a number of years. But since it was a VRS Octavia, he didn't complain too loudly.

DV52 said:
PS: admirable "pet friendly" work policy the you have at RT, but not so sure about RT's "footwear" policy though... LOL!!
Click to expand...

Footwear policy? We're a SOFTWARE company for crying out loud!

Uwe said:
That's one of our employees (the person, not the dog), I think on his lunch break.

See, he even works on his lunch break!