Yang's proposal would be $1000 for every man woman and child each month. That's 330 Million * $1000 each month * 12 months a year = Rougly $4 Trillion every single year in additional taxes (or cuts that would need to be made, but lets be real here he's a democrat and he'll never make cuts)

I can tell you right now this is going to effect the middle class far more than it is the Elite of the Elite (CEOs and big big earners). Small businesses and working families are going to be hit the most, doubly so when small businesses can't afford to keep people employed because of the astronomical tax increase.

Additionally you'll have some poor folks in the ghetto who realize more kids means more UBI money each month so you have more uneducated people having more kids for bigger handouts. Leading to more uneducated folks down the line.

It's an idea that is purely conceived through the heart, not the brain.
Click to expand...

Jack@European_Parts said:
I'm interested in the UFO documents myself.

The way Barr spun off Mueller's report I wouldn't believe it a bit unless they release full unredacted documents.
Sep 9, 2019 #144

Stock market trends are reacting to belief Liz Warren will be possibly the next President.
Sep 11, 2019 #147


Haven't they made the VAPE smell/taste like a candy & if you don't think there are enzymes in there to target anyone's attention & while being bad for you, isn't it sort of like the stack of a fast food chain that make people pull in to eat up on super size, no?

I hardly use any flavorings anymore, but they are very important early on in the transition, to making vape more appealing than smoke.

Life's too fuckin technical, I'm back to F-Troop!

This dog whistle will ring loud!


Sen. Elizabeth Warren (D-MA), a 2020 presidential candidate, has been known for always having a plan — and her latest is on how to expand Social Security.
In a Medium post, Warren detailed her proposal and said that it will mean an immediate Social Security benefit by $200 a month.
“The core of my plan is simple,” Warren stated. “If you get Social Security benefits now, your monthly benefit will be at least $200 more — or at least $2,400 more per year. If you aren’t getting Social Security benefits now but will someday, your monthly benefit check will be at least $200 bigger than it otherwise would have been.”
And how would she pay for this plan? It goes back to one of her core platforms: taxing the top 2%.
The plan would increase benefits for low-income families, women, people with disabilities, people of color, and public-sector workers, the post stated, while also extending the lifespan of the Social Security program for nearly two more decades.
Click to expand...

I hardly use any flavorings anymore, but they are very important early on in the transition, to making vape more appealing than smoke.

Uwe: I've never used e-cigarettes (at least I've never "inhaled") - is it really a viable alternative to nicotine ingestion? Seems from my uneducated reading on the subject that e-cigarettes are just another vehicle for said addiction - but I freely admit that my understanding of these newfangled-thingys ain't good.

And my second question: is the implied dynamic in your response generally the case for long time e-cigarette users: do "vapers" generally switch to e-cigarettes without any additives after a period of time . And if so, what's the point of sticking an e-cigarette in your mouth at all (or is the presence of the object in said mouth the point)?

Life's too fuckin technical, I'm back to F-Troop!
Click to expand...

Jack: I think that you are showing your age - but thanks for triggering a childhood memory for me (now many years ago).

F Troop was an early (favorite of mine) example of the infusion of American culture here down-under. Those were the days when it was OK to show cowboy-and-indian movies (I call them "yippies"). Not PC now of course, but that was an era of innocence, or perhaps an era of "naivety" - not sure which?

No, it's an alternative means of consuming nicotine, but without the carbon monoxide, "tar", and thousands other substances present in burnt vegetable matter. The reason it works for many people where other nicotine replacements such as gum or patches fail is because it mimics the habitual hand-to-mouth, inhale/exhale behavior as well. The reason it doesn't work for everyone is because it's missing some of the other psychoactive substances (minor alkaloids / MAOIs) that are present in tobacco. This results in some withdrawal symptoms for many people who switch. Most folks I know who've switched did it somewhat gradually, substituting their vaping for more and more traditional cigarettes over a period of days to months, until they simply stopped smoking traditional cigarettes.


DV52 said:
Seems from my uneducated reading on the subject that e-cigarettes are just another vehicle for said addiction
Click to expand...

Yes, that's more-or-less true, but so what? Nicotine isn't the problem with smoking, the combustion products are the problem, and there's no combustion here. Nicotine by itself is about as harmful has caffeine, which is to say no very. There's actually evidence that it may be beneficial in some older folks, see here.


DV52 said:
And my second question: is the implied dynamic in your response generally the case for long time e-cigarette users: do "vapers" generally switch to e-cigarettes without any additives after a period of time.
Click to expand...

There's almost no "generally". The type of hardware used, vaping style, flavorings, nicotine concentration used, and so on are all infinitely variable and customizable. One of the important factors in successfully switching from smoke to vapor is finding a flavor that is much more appealing than smoke to a particular individual, but there's no way to predict what that might be.

Some people taper off the nicotine entirely after a while, others do not. I'm in the latter camp, although I've reduced it down to about 60% of what I started with. I've tapered off the flavorings instead, because they're the biggest unknown. They're all food-safe stuff, but just because something is safe to ingest doesn't mean it's safe to inhale.

Not judging or anything, I just find this amusing: 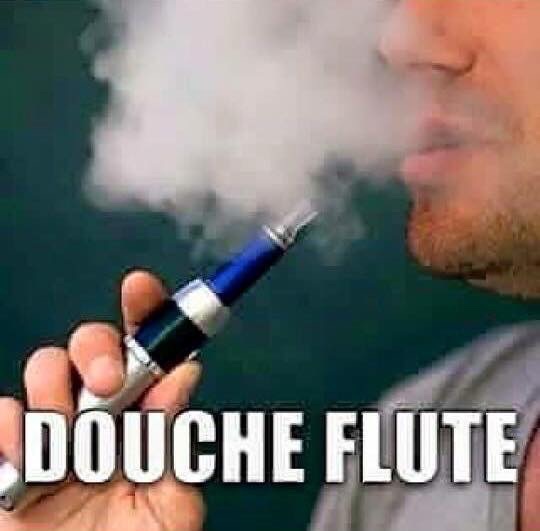 I get people moving from smoking to Vaping.

I don't get people just taking up vaping for fun... But then I never really understood smoking, so not really qualified to comment

A nice Scotch however

https://www.cnn.com/2019/09/12/politics/who-won-the-debate/index.html]Winners and losers from the third Democratic presidential debate

*Beto O'Rourke: Supporters of the former Texas congressman have been waiting for months for the O'Rourke that showed up on Thursday night. "Hell yes, we are going to take your AR-15," O'Rourke pledged when the topic turned to gun control and the recent mass shootings in Texas. And the audience went wild. Yes, O'Rourke was helped by his opponents -- including Biden and Elizabeth Warren -- taking time out to praise him for his statements on gun control. And, yes, that speaks to the fact that they don't believe he poses any threat to their chances at the nomination.
Click to expand...

Dear democrats, if you want to ensure me, and thousands of others who might not otherwise vote, or vote 3rd party instead vote for Trump, nominate this guy.
Sep 13, 2019 #160

NZDubNurd said:
I don't get people just taking up vaping for fun... But then I never really understood smoking, so not really qualified to comment

A nice Scotch however

What I've never understood is people who are willing to use the power of the state (and thus a threat of violence) to tell another adult what he or she may or may not consume.