Hello everyone. I am trying to activate high beam assist in my 2016 GTI. It has all the hardware but when I go to the last step it shows my car as having halogens for some reason. I have a scan and screenshots as well.

Also running into an issue getting the adaptive cruise resume tweak to work. Did many other little tweaks but for some reason those tied to DAP donÂ’t seem to be showing? Have been asking around a lot.
My car is a 2016 GTI SE w/ PP DCC DSG LP DAP (the full version with adaptive cruise, lane assist, park assist) 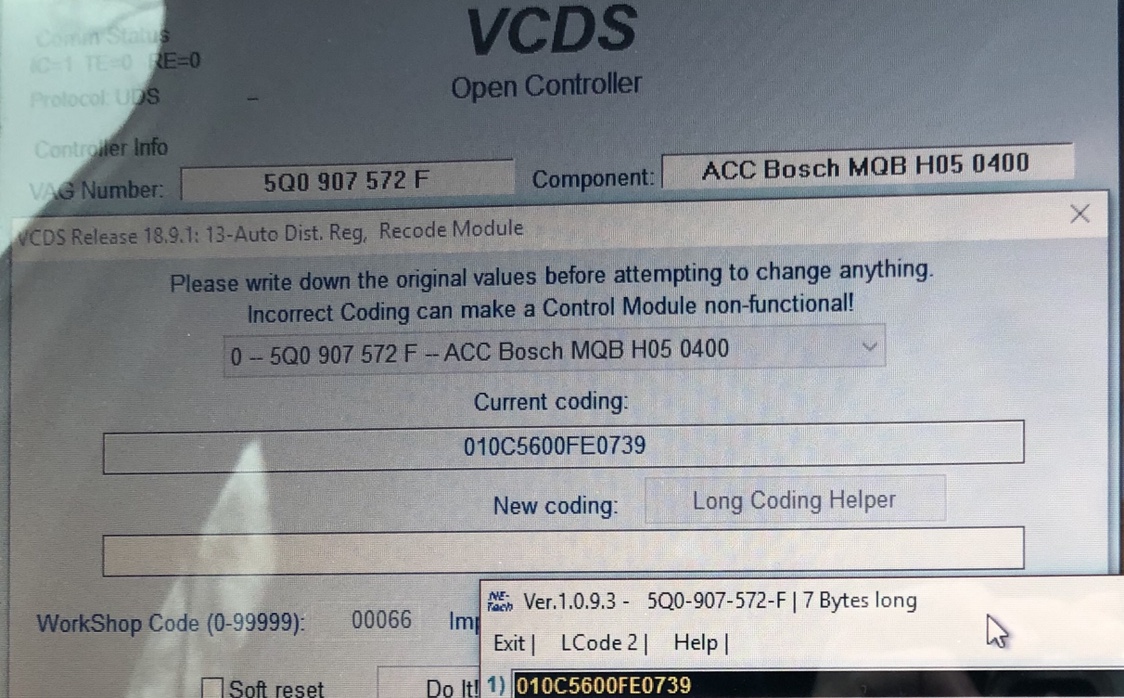 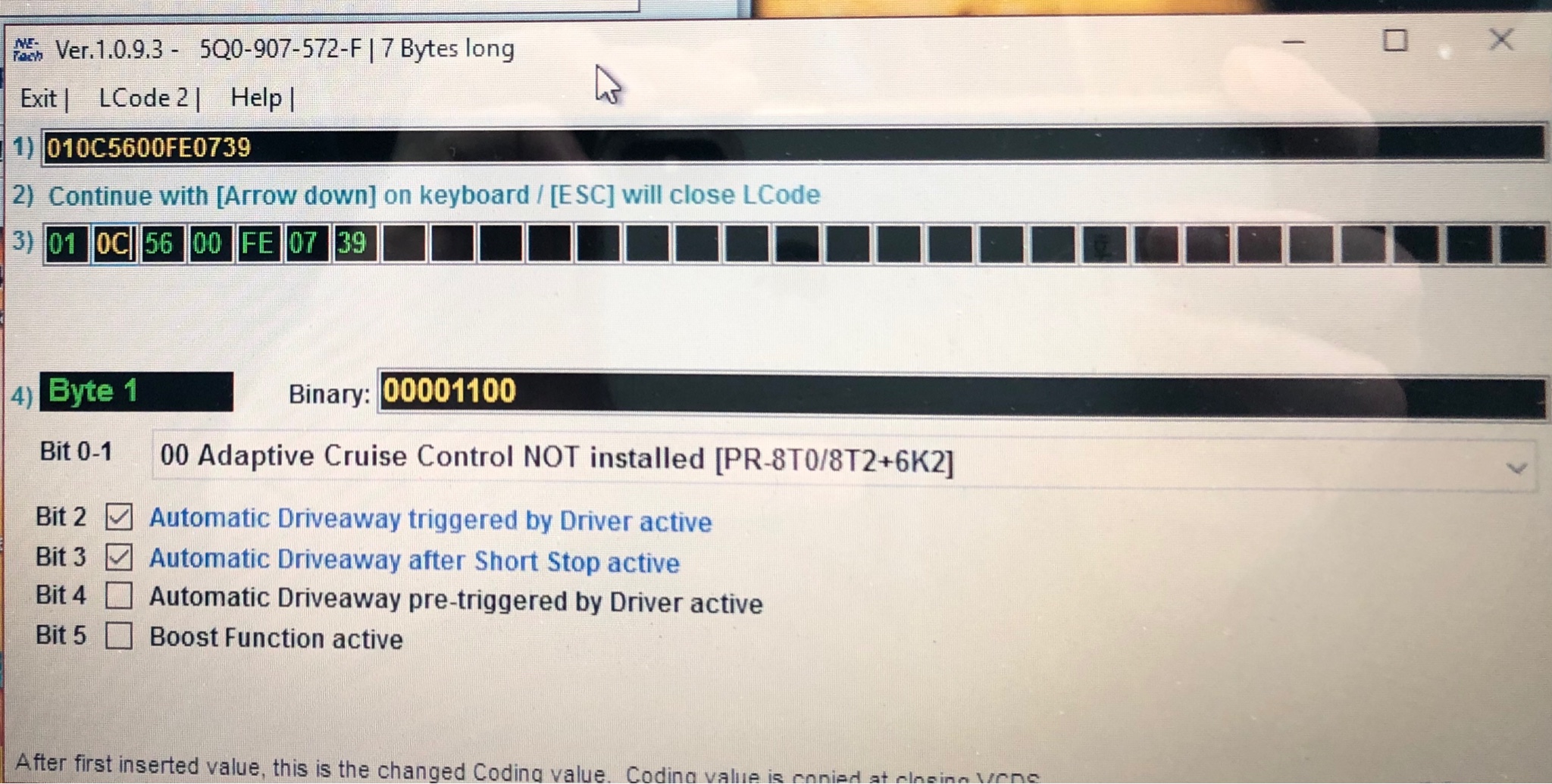 Thread bump- any idea as to why VAGCOM isn’t recognizing my hardware? Do these adapt settings to individual cars?
To
Apr 19, 2019 #7

GTIronic said:
Thread bump- any idea as to why VAGCOM isn’t recognizing my hardware? Do these adapt settings to individual cars?
Click to expand...

It's not that VCDS doesn't recognize your hardware; it clearly does. This is a question of what's documented.

In the case of your lighting configuration, BCM coding, Byte 2, bits 0-2, there are eight possible values for that bit field, only one of which is documented. It does not show your car has having halogens. It shows halogens as the only documented value for that bit-field.

Now since these "ACC" sensors are also installed in plenty of cars that don't actually have ACC in order to accommodate the regulatory requirement for automatic emergency braking, it's possible that 00 is what's used on those, in addition cars that have ACC without follow-to-stop or stop-and-go.

It's also not clear that the cars in the Golf MK7 thread you're following have the same modules. Their Golfs are European produced ones, whereas your NAR GTI is likely Hecho en Mexico.