The U.S. government is making the same borrowing mistakes as homeowners before the housing crash

It seems the Biden Administration, just as the Trump team before it, is making the same mistake as the homebuyers that fell for 'teaser' mortgage rates in 2007.
fortune.com
Jan 24, 2021 #402

The U.S. government is making the same borrowing mistakes as homeowners before the housing crash

It seems the Biden Administration, just as the Trump team before it, is making the same mistake as the homebuyers that fell for 'teaser' mortgage rates in 2007.
fortune.com
Click to expand...

Yes, now imagine what will happen if short-term rates reverted to historic levels of around 5%, or if inflation rises and rates more-or-less track it.

@Jack@European_Parts : hmm............ with historic low interest rates and at least a semi-buoyant commodity market that appears to be producing greater than Bank interest rate returns, why do you say that?

If you can afford debt - why not borrow as much as you can - invest in blue chip stock and allow the market returns to pay-off the interest bills? Of course nothing is risk free- but the short-to-medium term fundamentals seem to be correct for this type of hedging strategy - maybe?

DV52 said:
If you can afford debt - why not borrow as much as you can - invest in blue chip stock and allow the market returns to pay-off the interest bills?
Click to expand...

Because one of these days, the monetary Ponzi scheme is going to collapse. No, I don't know when.

Uwe said:
Because one of these days, the monetary Ponzi scheme is going to collapse. No, I don't know when.

Uwe: I did say (deliberately, to preempt some responses)

DV52 said:
Of course nothing is risk free
Click to expand...

There are many financial soothsayers claiming all sorts of market outcomes; some foretell the rise and fall in the forward price curve (Contango/Backwardation), some predict fundamental market reset events and yes, some even foresee financial armageddon catastrophes!! Of course, with the fullness of time ALL these contentions will eventually come true!!

But as you are aware - predicting market outcomes of any form doesn't actually help without a a view about when the event might happen!!

Don
PS: And of course, the real measure of conviction is when the soothsayer takes an actual market position based on the prediction (which includes market exit)
Jan 27, 2021 #408

I find this quite amusing:

ZeroHedge - On a long enough timeline, the survival rate for everyone drops to zero

How i picture Citron and Melvin 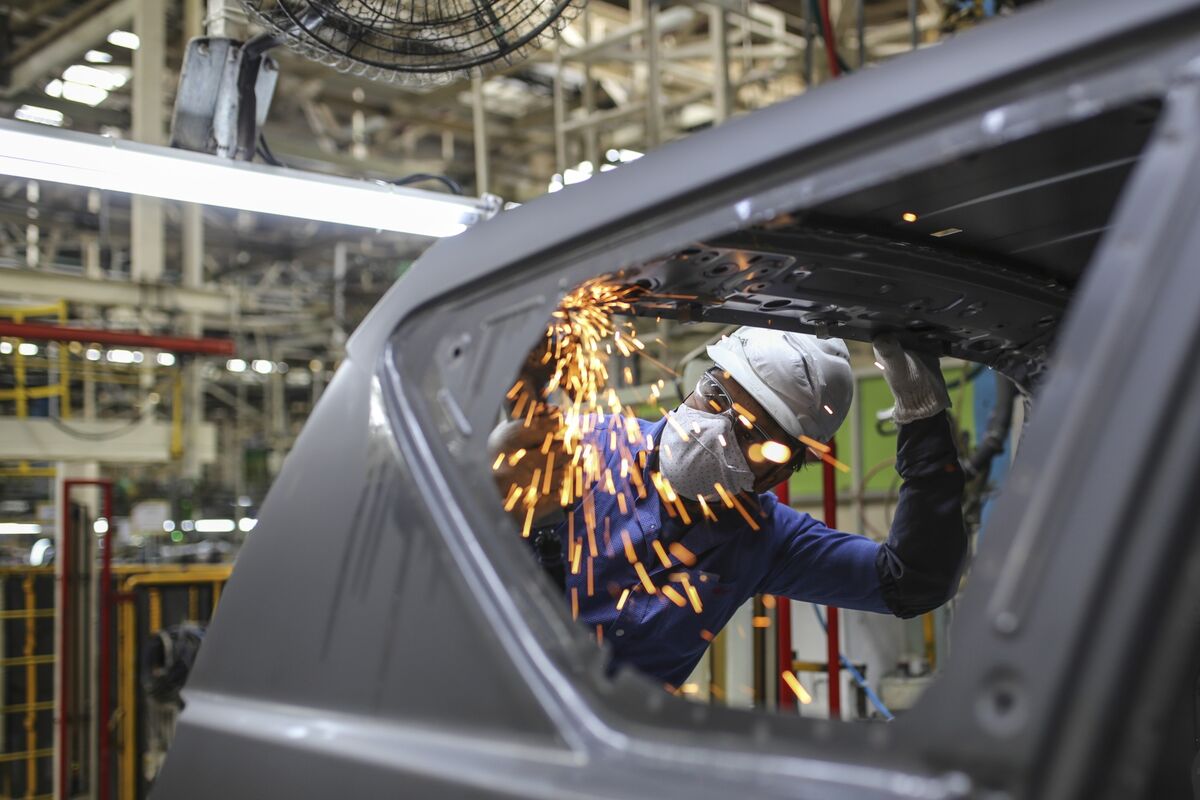 Toyota Motor Corp. overtook Volkswagen AG in 2020 to become the world’s top-selling automaker, the first time the Japanese group has clinched the position in five years.

The result of the current short squeeze could be increased regulations over retail traders.
Click to expand...

I have little doubt that The Powers That Be will try to protect the likes of Randolph and Mortimer from from the unwashed masses on on the Internet.

Uwe said:
I have little doubt that The Powers That Be will try to protect the likes of Randolph and Mortimer from from the unwashed masses on on the Internet.

Jack: I was also interested in @Uwe quote from your link " The result of the current short squeeze could be increased regulations over retail traders."

I'm not sure of your political and moral philosophy - but I tend to believe (perhaps incorrectly) that most Americans favor "classical liberalism" - the belief that societal goals like liberty, and equal rights require a free economy with minimal government interference. I see no problem with the gameshop dynamic. To me, it demonstrates a healthy market that is working correctly. If a large number of small investors want to co-operate and retaliate against large stock-market players who are shorting particular firms - then what happened is a perfectly acceptable strategy.

Every stock-market deal has both winners and losers, and risk - and everyone says that they want a "free-market". But, the truth is that it's always the losers that cry for more market regulation.

If investors can't afford to lose their investment, they ought to find an alternative facility to underwrite their holdings. More regulation is not the answer IMO. 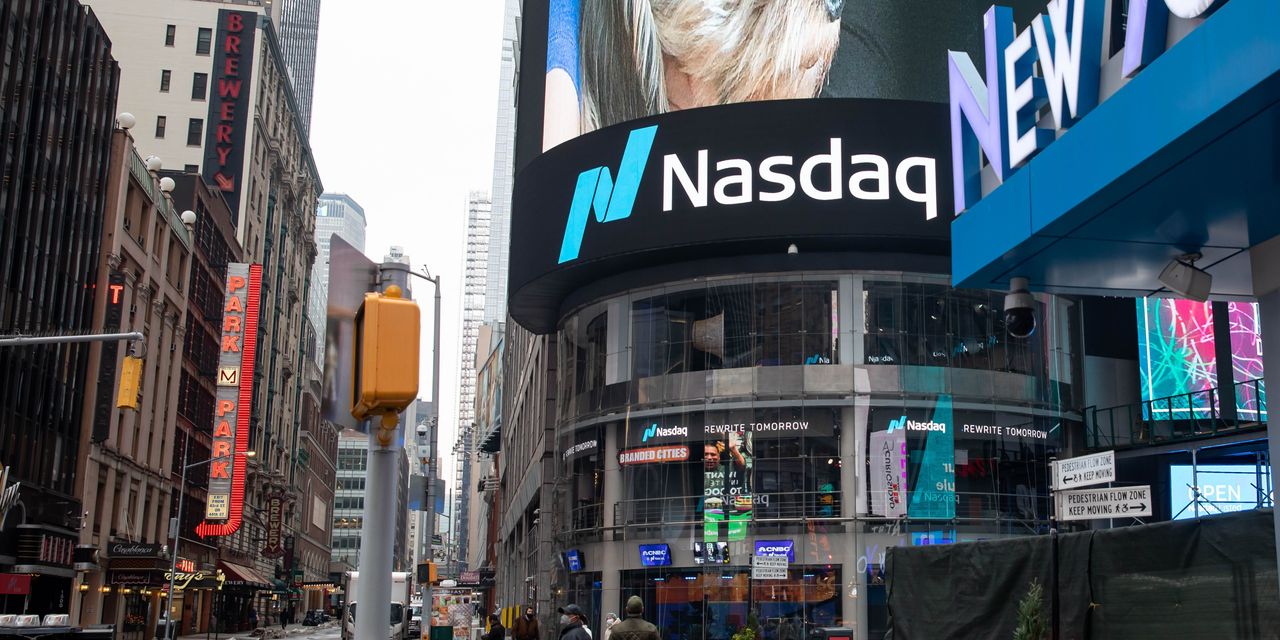 The regulator approved a plan in December that threatens the exchange operator’s data revenue, a major part of its business.

Man, have I been down a Wallstreet-related rabbit hole this last week. I have learned a LOT, though.

First thing I kind of glommed onto was a knowledgeable sounding trader who pointed out a pattern of rises and falls in the $GME stock price in relation to when news comes out of how many short positions and interest are on the stock, and in the following days there are 'settlement' and 'due dates' in relation to the short position interest.

So, we waited with baited breath, end of market Tuesday to see the latest FINRA report on how many shorts were still reported on $GME. The numbers were... baffling. One number made it appear as though there was substantial covering of short positions, but there was still an absurdly high % of float shorted. What's more, the number for "total number of shares held by institutions" exceeded 120%.

How is that possible? A little process called "naked shorting" is the most common theory, something that is supposed to be illegal per an almost never enforced SEC rule. Now looking back at Elon Musk calling the SEC the "Shortsellers Enrichment Commission" has a little different view.

This is very bad for the market overall to have hedge funds able to basically generate conterfeit shares in order to sell short. This artifically depresses stock prices to at some point make a price plunge a self-fulfilling prophecy. They can do whatever they want with less risk this way and screwing the little guy in the process.

If you dive deep enough into the people who initiated the run on $GME, it's almost more about sticking it to the hedge funds and make them bleed some for doing such illegal actions with wreckless abandon knowing the SEC won't likely stop them.

There's now a movement within the wallstreetbets crowd to write to various members of congress who are on the finance committee that will be overseeing a hearing on the memestonks crowd this Thursday. They also have subpoena'd the guy that basically started this movement, call him DFV for short (the F part would get automatically bleeped out on this board if I were to spell it out I'm pretty sure).

The story I can see with DFV is he's actually been on the $GME train for two whole years, but it wasn't apparent how insanely shorted the stock had become until recently. He just saw some value in the company that it may go back to growing and have respectable profitability. But starting in December is where things really started getting very noticeably... not right, shall we say. Eventually that whole messageboard caught on, spread to other platforms and the partial short squeeze happened.

Here's the thing. Many of these WSB cats are still holding the bag on these shares, many of them way under what they bought them for. Some have cut their losses and left, but a hell of a lot more of them are not only continuing to hold, but they are doubling down. The squeeze isn't done, but it does need a catalyst to kick it into high gear again.

Two things to look out for is the short interest due date is this coming Wednesday and the congressional hearing that will involve DFV apparently as well as a couple hedge fund managers is Thursday. Those might be enough to light the fuse once more. The price was eerily calm this week. Started in the $70s market open on Monday, settled in at right around $60 with minimal movement, dropped another $10 to $50 for Tuesday with some up and down in the middle of the day then pretty much stayed put most of the rest of the week with some minor movement beginning on Friday.

Also, maybe just a coincidence, but the GME price was making a small run mid day Tuesday, then a WSJ article comes out suggesting the attempted short squeeze is done, and it almost immediately fell back down... WSJ hacks will write anything when their hedgie overlords pay them enough.
Feb 15, 2021 #419

dieseldub said:
call him DFV for short (the F part would get automatically bleeped out on this board if I were to spell it out I'm pretty sure).
Click to expand...

Nope, you can type "DeepFuckingValue". There's no automatic censorship of "bad words" or anything else here, although as Benevolent Dictator of this small corner of the Internet, I do reserve the right to edit or delete people's posts if/when I (at my sole discretion) think it's appropriate -- just ask Jack.

dieseldub said:
Many of these WSB cats are still holding the bag on these shares, many of them way under what they bought them for.
Click to expand...

Yup. I looked at the charts on GME starting the weekend when the buzz about it went viral and watched it pretty carefully for a few days after that. I was toying with the idea of buying a few shares, but let's get real: It's a $10 stock (at best) not a $300 stock, and not even a $53 stock (where it's trading right now). My conclusion based on the charts: The major part of that squeeze was over.

Now based on the my assessment of GME's actual value, I can see why there's still a big short interest with it trading at $53, but I do agree completely that "naked" shorting is completely unethical. It works much like fractional reserve banking (which I also consider unethical). I own a share. My broker lends it to someone to sell short. Now whoever is at the other end of that short transaction buys it, and and both that person and I believe we own the same share. The only way to make this ethical is to get my explicit permission to allow the share I own to be borrowed, with the understanding that I can't sell it until it has been returned.

Of course, this is not the only unethical thing happening in the market. Wanna talk about High Frequency Trading, where the big players push prices around by putting out bids and asks, only to withdraw them milliseconds later, too fast for any human to actually hit them?