iichel said:
now make a movie of the massive smile on your face while driving it
Click to expand...

I'm less photogenic than the car

We'll only be looking at the smile

Dropping it off for the Cert tomorrow.

Hope that goes OK! It could be road legal by the end of the month, all going well.

I made a pressure bleeder for the brakes/clutch. I think the clutch still has some air in it - it's a bit touchy, but a normal bleed helped a bit. Hopefully the pressure bleed sorts it out - There is a VERY fine line between a quick but gentle launch and burning clutch smell!

but you get away from the bus fast!

I'm very glad I did the 4WD too. On a wet surface; it sometimes kicks the traction control in, if you get a bit enthusiastic with the throttle out of a side road etc

Also, was checking the AC pressures on the Bluran 2.0 (N.A. FSI), and noticed a ticking noise at 2500 rpm - decided to investigate the High Pressure Fuel Pump (HPFP) cam follower... turns out it was making the noise - the last owner appears to have had a brand new pump fitted, but there was NO cam follower in there! that's a recipe for a rooted camshaft normally, but it was totally OK! I was amazed! It has worn about 1mm off the end of the pump rod though... but I had a spare, from the old R32ran engine

Anyway... I ended up swapping the HPFP, installing a new follower, new thermostat (which meant pulling the alternator and AC compressor for easy access), cleaning tonnes of carbon off the intake valves and intake changeover flaps, swapped the manifold for one I cleaned earlier, replaced the broken dipstick tube and split breather vacuum pipes! I even managed to get to bed the same night! It goes WAY better - slightly better mid range, but massively more top end - over 4500 was a waste of time before. The economy appears to have improved immensly - down to around 10L/100kms... which is OK for where we live. The R32ran is only managing 14.5L/100kms, but it gets you there a LOT faster with much less drama. It's also only being "tested" up and down some nearby roads... I think 2500 RPM in the R32ran pulls as hard as the 2.0 totally tapped out

It sat at the certifiers for 2 days... drove it home this afternoon.

While he did make positive comments about how well it went, especially for a "Nana car" and how well the work has been done, he can't certify it as is.

It needs a wheel alignment

Hahaha! I knew it did anyway, but I was witing for after the cert so it wouldn't need doing twice if I had to change anything! 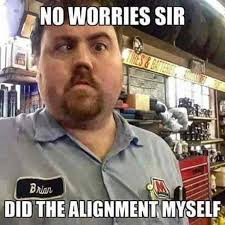 It drove OK before. A bit squirelly under hard braking though - the certifier mentioned that too.

There is one rear adjustment that my fuel tank makes a COMPLETE pain in the arse to get to... it didn't need to be touched

It was also the first time I was around when it was on a hoist since I started the conversion. The certifier had it lifted, but I wasn't there for that.

I've done all the work on axle stands while I lie on my back in my garage. I've discovered I'm too old for that crap! 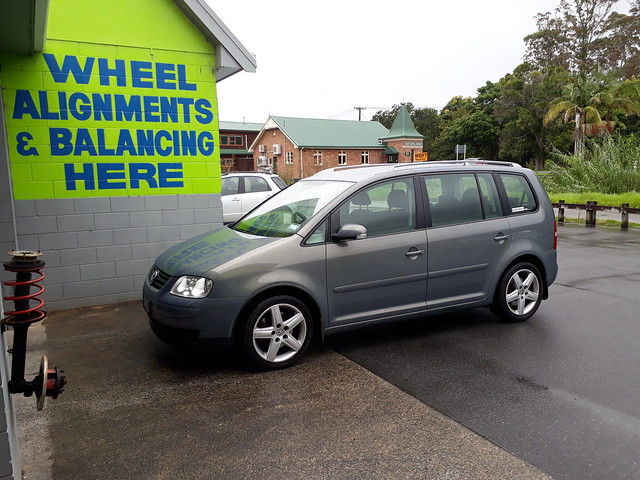 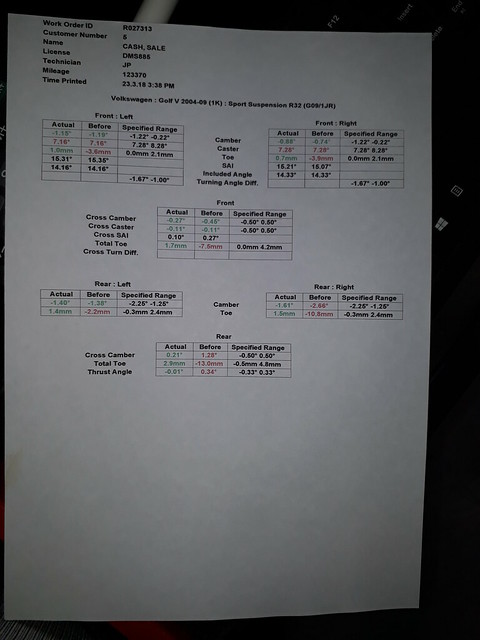 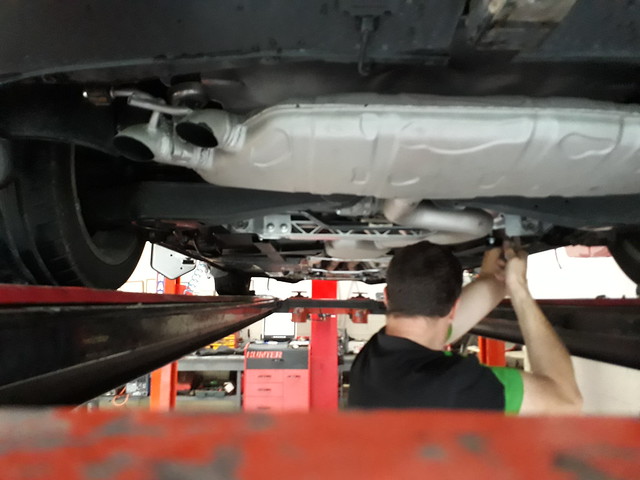 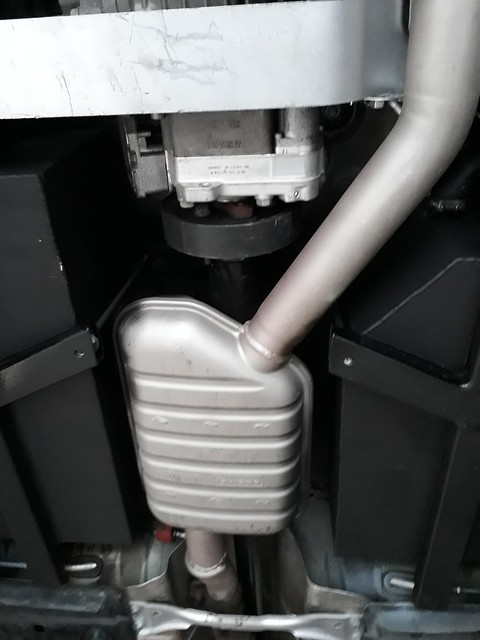 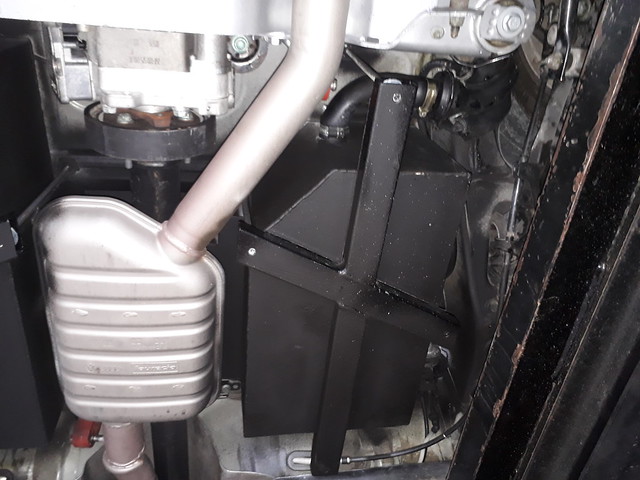 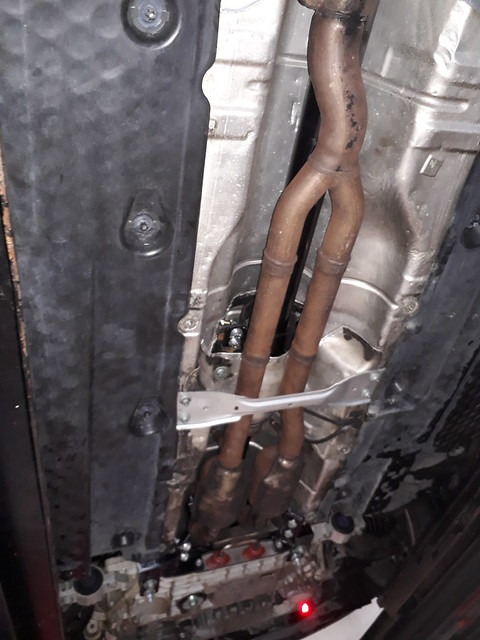 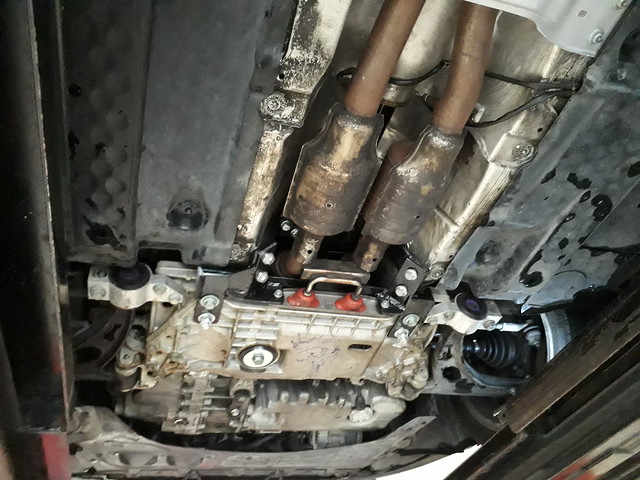 Hopefully road legal by the end of the week.

I also REALLY hope Mrs Nurds BMW clutch lasts that long. I reckon one enthusiastic launch would push it over the edge right now! 3 guesses who's going to be lying on his back under a BMW really soon.....
Mar 25, 2018 #247

NZDubNurd said:
I also REALLY hope Mrs Nurds BMW clutch lasts that long. I reckon one enthusiastic launch would push it over the edge right now! 3 guesses who's going to be lying on his back under a BMW really soon.....
Click to expand...

It sounds as though you desperately need something like this: 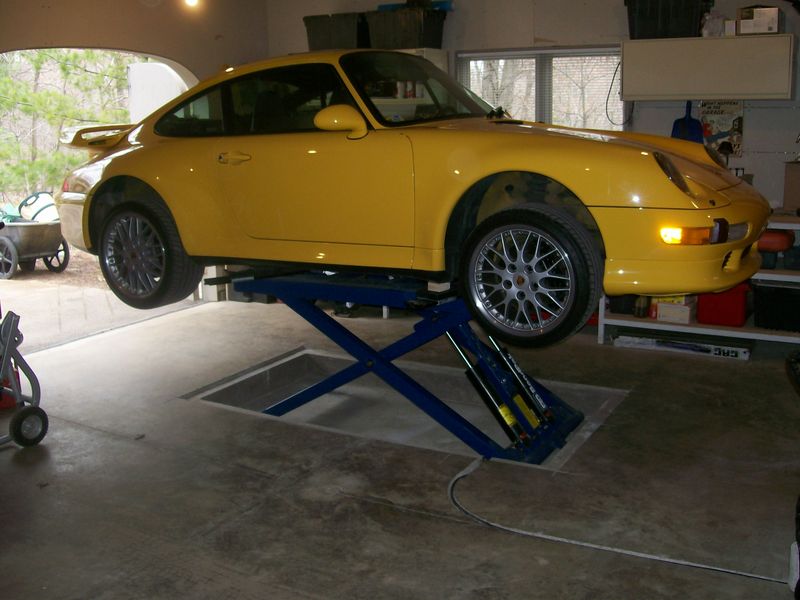 Just tell Mrs. Nurd that the BMW transmission is too big to come out with the car on axle stands!

Uwe, Are you talking about the Porsche, or the hoist???

I could handle both!

2 of my neighbours have hoists at home, conveniently.

However, anything that takes longer than a day might tie their hoists up for longer than they'd like, so I only use it for things I know I can get on, fixed and off in a day.

Certifier has the alignment paperwork. He'll send it off today or tomorrow... but it's a short week

So probably no Touraning around until after Easter.


I "adjusted" the Touran rear muffler yesterday - it sounded a bit whooshy after the flap opened. I cut a pipe out, and added a pipe baffle from the A3 muffler.

Of course I did the welding with no shirt on, but was in the shade.

It's Autumn (that's metric for "Fall") here now, so I was slightly less concerned about the sun anyway... but probably should have worn a shirt to protect from the MIG arc: 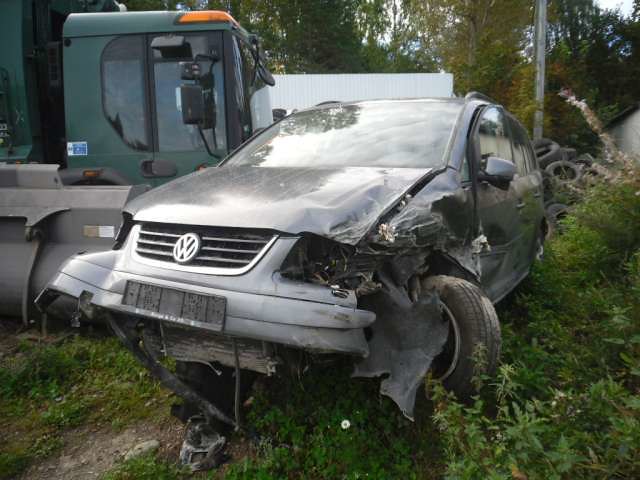 What really happened this week though: 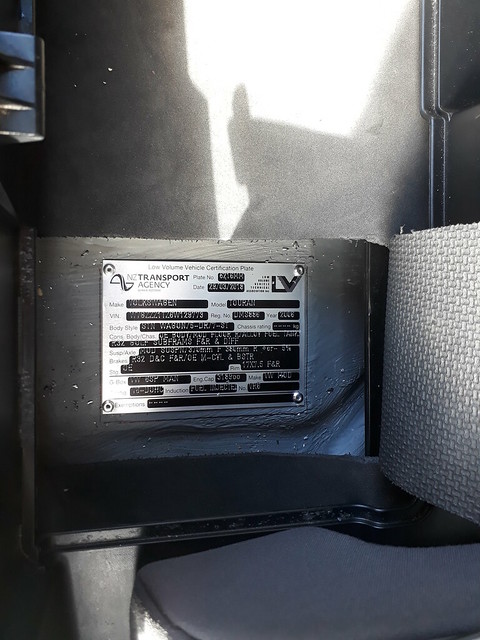 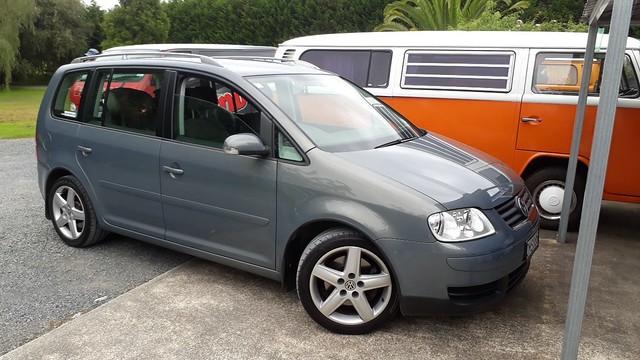 As far as I am aware, it's the worlds first functional, legal, VR6 powered, 4motion Touran.
Click to expand...

Mrs Dubnurds BMW has gone to be with a new owner, in a really good home, so we're a 2 Touran family now!...

I'm still giving the R32ran a bit of a hard time (because it sounds NIIIIICE!), but it's just clicked up to 11.5L/100kms (20.5 USMPG, 24.5 UKMPG), which is pretty respectable for short trips, bendyhilly roads and town driving, with a bit of silly, added at traffic lights when boy-racers show up.

Mrs Dubnurds 2.0 Touran does more country road driving (half her milage is taking the kids to school, in the countryside) and she's managing 10.5L/100kms (22.5USMPG, 27UKMPG).

They BOTH needed the valves replaced on the varaible displacement AC compressors too. Easy job (other than needing to empty and refill the gas!), but the AC works properly now!


I'm finding the R32ran Throttle a bit too sensitive - It's better now the clutch is bedded in, but it's easy to give the clutch a bit of a hard time if you take off enthusiastically. It seemes to be either gentle takeoff, or semi-launch mode! If I accidentally get semi-launch mode, I tend to run with it

It can be a little difficult to drive smoothly and gently in town. I think some is related to the higher seating position than a Golf, meaning the pedal angle feels different, but it was obviously mapped to feel "sporty" too.

I'm seriously considering pulling the flash from the ECU, and altering the "KFPED" map to be a little more linear, and actually allow more of the pedal to feel functional. The last part of the travel seems to be a bit useless, because max power has already been requested early. It makes the low end torque feel extra amazing, but makes the top feel flat, as more pedal doesn't do anything!

I did some phaffing with the rear muffler too. It turns out, that the near-straight-through design of the MK5 GTI rear muffler makes it drone like crazy under 2500 RPM, but sounds ear-terrorisingly awesome above that. Totally impossible to live with though! I had to drive 30 minutes each way to Pick-a-part to get another stock NA FSI rear muffler, which we then fitted to get it to an acceptable noise level. I can change them over in 10 minutes though

Handy if I take it to a track day HAHA!


I'm also thinking about "Upgrading" down to 16" steel wheels with Caddy centre caps, to make it a bit industrial looking. I also have my eye on some taller stick on wheel arch mouldings... It already has some 12mm tall ones on, but these new ones are 38mm, which is about the same as the flat area over the arches now... then I might lift it up 15 or 20mm... so it's a little bit offroad-ish.

It's current 225/45r17's seem to be continually muddy, from where I park at the bus stop and sportsgrounds anyway.

Maybe with a subtle little hump

Why not turbocharge it, whilst you're at it?

That fuel mileage is way too good anyway.

iichel said:
Why not turbocharge it, whilst you're at it?

That fuel mileage is way too good anyway.

Twincharged engine are so unreliable though ;-)

"Someone" has been isntalling things they don't really need... again.

Installed electric PTC heater. My commute is about 6 Miles, and I leave home about 0520. In the interests of fuel economy and perceived engine life, I drive in with the heater set to cold, so all the engine heat isn't taken away by the cabin heater

Now I have a PTC heater, it'll require less flow over the heater matrix and I can warm the car while not sacrificing anywhere near as much engine warmness!

So... I installed the heater and coded the requires modules.

While doing so, I enabled the extended CAN in my updated Gateway...


Code:
Earlier in the thread, I was bemoaning the existance of the "61-Battery Regul. -- Status: Malfunction 0010" in the installation list... but with the extended CAN enabled... it's gone!

However I end up with:


Code:
(and similar for the Haldex 4WD too)

I thought it would be nice to leave the Batt. Reg error gone, but then the engine and Haldex bits annoy me

I've disabled it again... but it makes me wonder what goodies can be installed with the extended CAN, and whether I should really jjust leave it alone and live with it, one way or the other

What happens if you go directly to the 01-Engine or 22-AWD?

This Gateway thing is weird!

Please don't think I'm expecting a solution - the cars is obviously FOD: the Gateway is a decade newer than the car, and the drivetrain is obviously a bit different. There are no actual problems resulting from this.

SO this morning, I turned the Extended CAN back on, after sleeping all night. It scans the Engine and Haldex as normal!


Code:
Notice there is no Battery Reg errors.

Then... while checking DTCs and doing advanced ID's etc...


Code:
The Address 61 seems to come and go when it feels like it, and sometimes it's on the installation list/select module screen and sometimes not!

I'm sure there's some logic to the 61 coming and going, but I don't know what it is yet.

I'm going to leave the extended CAN on, and see if anything happens.

Maybe Google what I can use on Extended CAN, then go on eBay

Someome please remind to check this issue when i get back from "The land of Führer". - Yes, I'm on holiday...

So you're in Austria?

It's still one of the best pranks Austria played in history, besides pretending to have kangaroos. Starting two world wars and blaming Germany. Twice!
Jul 19, 2018 #259 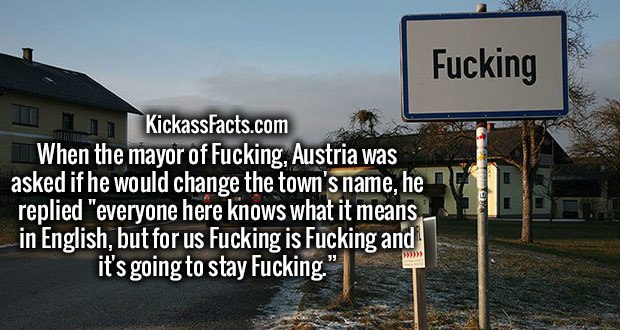 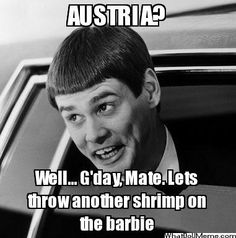