I'm telling you a second-hand story, so no credits for me, and it might be slightly incomplete.
Nonetheless I think it might might be valuable and entertaining to all here.

The story comes from a well-befriended mechanic from a VW and Seat dealer. Thank you Rudolf.

So, the car, VW Polo 6C1, PQ26 (MQB small platform). Came to the dealer for an OEM towbar retrofit and activated via SWaP/SVM.
Ever since, the rain and light sensor (from factory) did not work accordingly. The car has an auto-dimming rearview mirror with RLS installed.
No automatic lighting. He was the third to work on the car, after two other mechanics (from unknown origin) gave up.

First step, ODIS online parametrization of 09. No succes there.
Next step was to VCDS it (yes a dealer with VCDS, there is hope!), without success.
Final step was to investigate 'the long way' and several autoscans were compared.

The result was, BCM 09 byte 13 bit 5 was set off in the towbar installation, by VWs online server coding system.
RLS was recoded to 0228EE and 0028DD first, with partial success. Later the coding of 4018DD was set into the RLS and together with byte 13 bit 5, full function was restored.
Sorry, no autoscan of this particular car, I haven't been close to it. Just heard about it on whatsapp.
I'm not quite sure what led him to byte 13, but it worked.
Maybe someone will run into this bug in ODIS/VW Online one day, and will be able to put this to good work.

I just want to pay my respects to the mechanic for going this extra step, with good reasoning, and to the Ross Tech community for posting reference scans.
I really like the reference scans section, and the full autoscans on every topic.

Codings are usually well structured and are, if you know where to look, easy to deduce.
Cut a long coding into two-digit pieces, every two-digit (or letter) part is hexadecimal code and is called a byte.
Convert the hexadecimal code to bits (8 bits go into a byte) and we have a simple yes/no system.
It's really not hard, and I would like to encourage every enthousiast to keep trying. Sooner than you know, you'll be a coding 'expert'

Thanks for the heads up and sharing what you could.

Little known fact, ODIS is named after a beloved character TV from The Andy Griffith Show: 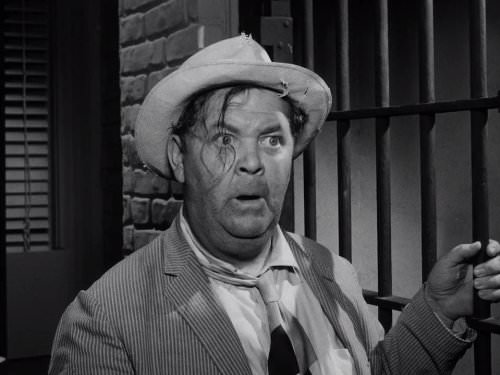 That is Otis, the town drunk...
You must log in or register to reply here.
Share:
Link
Top