All car showrooms have had to close in the UK, and most dealerships have decided to close their workshops too.
Click to expand...


Especially in South Hampton it appears!

^^^Jack: I sure do like your unique turn-of-phrase (I assume those are not every day idioms in America)

Those were the days- in Uwe's video when Casinos and Wall street offices shared many things in common. However, at least over there, I suspect that not even the covid virus has been able to break this nexus: while I suspect that your new social distancing laws in America mean that both Casinos and broker's offices are now vacant - I assume that gambling and investment remain still linked but as an at-home activity in these pandemic times (and with increasing odds of success-in both)

It's Napalm Sunday, may the Train stations of the Crux Cross Crash Begin!
https://business.financialpost.com/...ay-quarantines-satans-trying-to-keep-us-apart

I heard there is some kind of disease spreading? Desperados or Corona or something? Does anybody know a bit more about it?
Apr 6, 2020 #1,188

iichel said:
I heard there is some kind of disease spreading? Desperados or Corona or something? Does anybody know a bit more about it?
Click to expand...

Michel: Arrhhhh........... I've finally found the only other member of the human race that (like me) is in denial - and I'm not referring to a rather large river in Egypt!!

And, on a separate, but related matter, I read this morning (in the leftist, communist-leaning, socialist prone media that I tend to read) that the 55 year-old, UK Prime minister is in intensive care. I'm not sure if my understanding is correct, but it seems that the UK system of government doesn't formally contemplate what happens if a sitting PM dies (of course, my hope is that Mr Johnson gets well). Shirely this can't be true?

I guess the British are used to the Queen being immortal so this scenario simply never crossed their minds.
Apr 7, 2020 #1,190

DV52 said:
I'm not sure if my understanding is correct, but it seems that the UK system of government doesn't formally contemplate what happens if a sitting PM dies (of course, my hope is that Mr Johnson gets well). Shirely this can't be true?
Click to expand...

iichel said:
I guess the British are used to the Queen being immortal so this scenario simply never crossed their minds.
Click to expand...

The UK Foreign Secretary (Dominic Raab) is the official deputy for Boris Johnson and has taken over the day-to-day running of the UK Government.

As the UK has a Constitutional Monarchy the Queen/King plays no active part in the running of the country (merely offers advice and suggestions to the Prime Minister in a weekly chat) the death of the Monarch has no impact on the governing of the country.

PetrolDave said:
As the UK has a Constitutional Monarchy the Queen/King plays no active part in the running of the country (merely offers advice and suggestions to the Prime Minister in a weekly chat)
Click to expand...

Dave: Please don't be offended, I intend no disrespect to your system of government and I'm sure that it works well for all UK citizens - but for historic reasons Mrs Windsor (I prefer this name to her official title) also has the same standing in our constitution. However, whilst it might be true that the 94 year old Monarch has taken an advisory role in your country - I'm not sure if this is the same in Australia.

You are probably unaware of our 1975 constitutional crisis in which our Governor General (who is Mrs Windsor's representative in Australia) dismissed our elected PM. The role of Mrs Windsor in this event is still unknown and even after 25 years, Mrs Windsor refuses to release the "Dismissal papers" which would clarify her role in the sacking of a democratically elected Prime Minister.

Again with no disrespect intended, and yes, this is different matter to your reply - I reckon that Australia has grown-up sufficiently - we should be a republic with our own democratically head-of-state!!

Rant over- well almost (see passing reference to our dismissal below)!!


PetrolDave said:
the death of the Monarch has no impact on the governing of the country.
Click to expand...

Yes, I understand that your and our Monarchy is the only thing on this planet that is eternal - can anyone explain why someone's DNA is the sole qualifying attribute for the title of head-of-state in Antigua and Barbuda, Australia, the Bahamas, Barbados, Belize, Canada, Grenada, Jamaica, New Zealand, Papua New Guinea, Saint Kitts and Nevis, Saint Lucia, Saint Vincent and the Grenadines, Solomon Islands, Tuvalu, and the United Kingdom. - it escapes all logic IMO!

But, my question is what happens if a sitting PM dies under the UK system of government - not what happens if the sitting Monarch dies? If the latter happens, I've no doubt that the universal cry in 16 x Commonwealth realms would be "the Queen is dead - long live the King (Charley-heaven help Australia!!)"!

My understanding (which could be wrong) is no-one knows for sure; there is absolutely no prescribed process for this 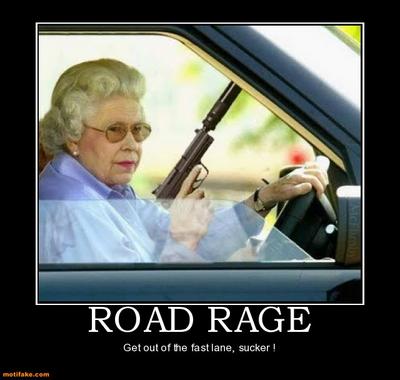 DV52 said:
You are probably unaware of our 1975 constitutional crisis in which our Governor General (who is Mrs Windsor's representative in Australia) dismissed our elected PM.
Click to expand...

I remember that constitutional crisis well (yes I am that old!), and remain surprised that it wasn't sufficient for Australians to vote to become a Republic?


DV52 said:
But, my question is what happens if a sitting PM dies under the UK system of government.
Click to expand...

This is an interesting guide on what would happen in that situation:

Apart from that it would depend on whether s/he died suddenly or gradually.

If gradually, s/he would be prevailed on to resign. The clearest precedent is Henry Campbell-Bannerman at the beginning of the last century, who suffered a series of heart attacks while in office and eventually quit nineteen days before he died. He was still living in Downing Street because he was too ill to move out, but at least he had resigned.


If suddenly, then the official or unofficial deputy PM would call on the Old Lady and explain what had happened, and then convene a meeting of her/his parliamentary party and propose that s/he ran a caretaker government while the procedure to replace the late lamented was worked through. This proposal would be unanimously accepted; All that would take a couple of hours. The interim PM would try to do as little as possible in the way of governing until a new party leader was eventually chosen and asked by the Old Lady to form a government.
Click to expand...

Now that looks nice for older people to see the screen.

From an Engineering stand point it blocks critical convection flow of air & to permit proper cooling.

It's not like there isn't a deficiency already with water pump failure or which resulted in fires to cost a recall.

When the car gets older and it peals, it will look like shit.

There is no cheaper form of advertising than legacy intact logos on a vehicle that out lasted expectations.

The people responsible for this change should be fired!

Can someone tell me when the net is getting shut down along with phones for the mass arrests to start?


I don't get it, how does a logo have anything to do with this?

This change in logo only insults most VAG owners, stock holders or employees and it costs money while serves a detriment to actual function of the vehicle.

It will actually and factually increase SMOG in the end!

Is the radiator larger as a result of new LOGO or fan wattage? NOPE!

If they were looking to make things more efficient and reliable, they would be better off taking the extra air dams and adding radiator capacity behind each to remove heat, not further blocking it!

Oh I want this person who implemented this dumb idea and whoever voted yes too it FIRED!

An example of what VAG used to add with additional fan in the corner.

Would it not be more prudent if they started doing practice things, like build stuff that lasts & with optional additional coolers for transmissions/differentials too & instead of some useless accouterments in the interior that break like a Chinese fortune cookie?

Looks like Military industrial complex is getting ready for some walk on water action after it rises up from the dead after Easter?

It wouldn't be Easter without the action figure play set.

BoJo has been discharged from the hospital: