^^^^^ The State of New Jersey giving advice about pollution? Did you mean to post this in the "funny" thread?????

yea I understand that things there is a baseline of additional complexity involved when dealing with 2 different types of propulsion systems that must work together.

While I know that it is a non-trivial amount, I just don't believe that X% is that much greater than the combined complexity.

Just as technicians have adapted to increased ICE complexity over the years, and must learn *new* complexity with EV's, that complexity of EV+ICE is (in simple, but not necessarily real-world, terms) a matter of understanding the complexity of both systems, and the design and implementations of the hybrid systems together.

That simple look of course ignores the reality of varying amounts of tech knowledgeability/experience and how well they can cope with continuous changes, however it is the future that all techs have already, and will continue to need to navigate. See for example the corner garage grease monkey versus the factory trained automotive engineer at a state of the art facility.


And of course I gloss over the costs involved, both in human (and associated support) and replacement parts factors.


Anyway, I guess I simply see it as becoming the new norm.

When vehicles are powered by portable fusion reactors, then our car technicians will be need to be nuclear physicists simply by natural progression.
Mar 16, 2018 #203

I'd rather drink the beer: 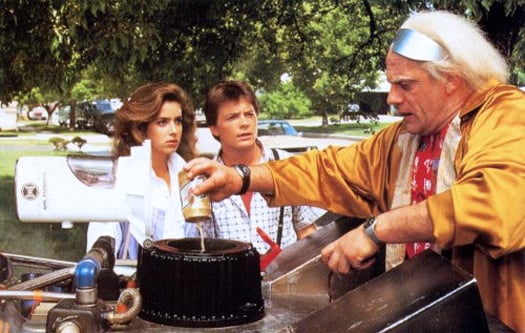 D-Dub said:
See for example the corner garage grease monkey versus the factory trained automotive engineer at a state of the art facility.
Click to expand...

In some cases the grease monkey will be able to repair rather replace parts though - because the grease monkeys tend to have better knowledge of how things actually are put together than factory engineers/technicians who tend to rely on what their diagnostic tools tell them without having a basic understanding of the operation of the components.

I well remember an electronics engineer who worked for me who had a First Class Bachelors degree but who had no idea how a transistor worked - because they didn't teach that at his university/college! So he couldn't design or fix many circuits because he didn't understand how they worked... us old timers actually made transistors while at university/college so it wasn't a problem for us.

This, I think, illustrates that even with complex systems an understanding of the basics is essential.
Mar 17, 2018 #205

D-Dub said:
When vehicles are powered by portable fusion reactors, then our car technicians will be need to be nuclear physicists simply by natural progression.
Click to expand...

In just 15 years, the US will be producing unlimited amounts of nearly free, completely green energy. Not only would such an energy holy grail mean the end of humanity’s dependence on expensive fossil fuels, it would also be a panacea for climate change.

Amazingly, this is not a science fiction. It’s actually about to become reality if a collaboration between MIT and Commonwealth Fusion Systems, a private company, is to be believed. The collaborators announced Friday in the journal Nature that they believe they are on the verge of cracking the code to nuclear fusion — and it could be commercially viable in just 15 years, according to The Guardian.

So far, fusion has been an extremely expensive laboratory experiment that requires more energy inputs than it outputs. However, the collaborators believe they’ve found a way to reverse the math. Their system, built upon a new class of super high-temperature superconductors and small, ultra-powerful magnets, would, for the first time, allow for a fusion reaction that outputs more energy than it takes in.

Nuclear fusion is the be-all and end-all source of energy because, in theory, it’s practically unlimited and has almost no downside. It doesn’t put carbon into the atmosphere like the burning of fossil fuels or generate radioactive waste like nuclear fission, which is the technology in current nuclear power plants.

During a fission reaction, radioactive atoms, like uranium, are ripped apart — producing huge amounts of energy in addition to nuclear waste.

Fusion, as the name suggests, is the exact opposite of fission. Instead of ripping atoms apart, extremely plentiful atoms like hydrogen are smashed together, giving off helium and a huge amount of energy.

The problem with fusion has always been heat. Fusion produces temperatures hotter than the center of the sun so solid materials melt, ruining any potential for a power plant.

The collaborators’ breakthrough came about because they were able to use a new type of superconductors to produce small, powerful magnets, a key component of fusion reactors. The magnets create a field to hold the fusion reaction in place without it touching anything solid — thus solving the meltdown problem.

In the past, it took lots of energy to power the magnets. The new magnets created by the collaborators, however, are smaller and need less energy. This means that, for the first time, their system produces more energy than it consumes.

“The aspiration is to have a working power plant in time to combat climate change,” said Bob Mumgaard, CEO of Commonwealth Fusion Systems. “We think we have the science, speed and scale to put carbon-free fusion power on the grid in 15 years.”

Maria Zuber, MIT’s vice-president for research, added, “At the heart of today’s news is a big idea — a credible, viable plan to achieve net positive energy for fusion.

“If we succeed, the world’s energy systems will be transformed. We’re extremely excited about this.”

Not everyone is as buoyantly optimistic about the discovery.

“The exciting part of this is the high-field magnets,” Howard Wilson, a plasma physicist at York University, told The Guardian. “The higher the magnetic field, the more compactly you can squeeze that fuel.”

Wilson, however, wasn’t sure how MIT and Commonwealth Fusion Systems will be able to hit their 15-year timeframe.
Click to expand...

That only made a national news feed because it's a Tesla. Nobody outside the immediate area would care about a car that burned after it crashed, had it been any other kind of car.
Mar 27, 2018 #210

"...Huang’s family told the Mercury News that he took the vehicle to the Tesla dealership several times because the Autopilot would veer the car into the same divider at that location on the highway." 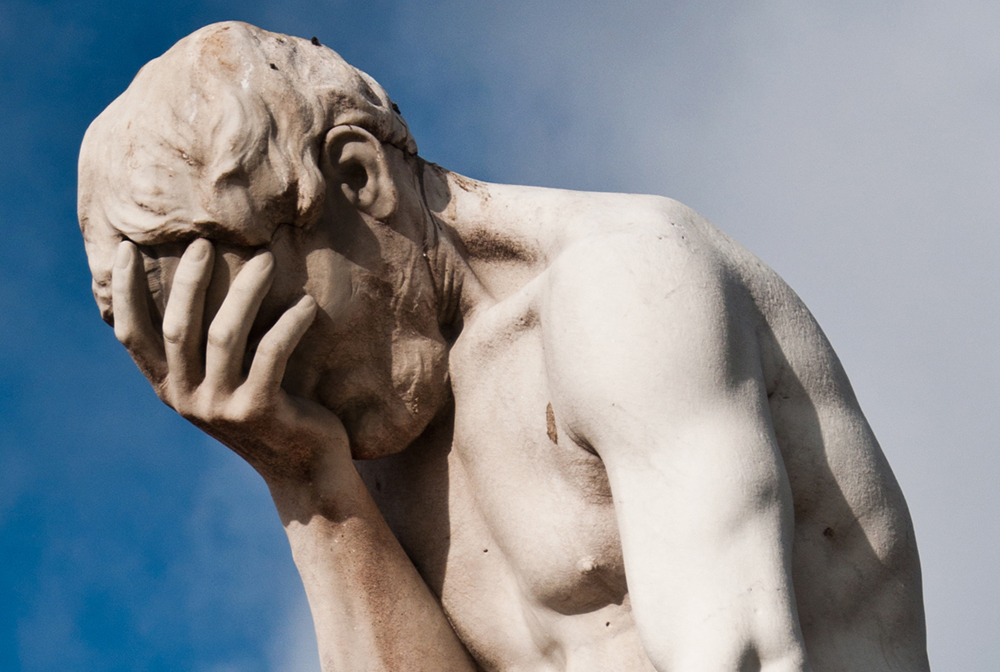 
Last week’s fatal crash of a Tesla Model X raised questions about the car’s Autopilot technology. After recovering the data from the destroyed SUV, the company on Friday night issued a statement about what happened on the morning of March 23 that resulted in a driver’s death.

Tesla confirmed in the statement that the driver — 38-year-old Apple software engineer Wei “Walter” Huang — had five seconds and 150 meters (492 feet) to take control before colliding with a concrete divider, but logs show that no action was taken. Prior to the crash, Autopilot was engaged and several visual with one audio warnings were issued to the driver, but the logs showed no hands were put on the steering wheel for six seconds before the Model X slammed into the divider.

Here is the scene on Highway 101S in #MountainView where a #Tesla caught on fire pic.twitter.com/ksnidlFgsw

“Tesla Autopilot does not prevent all accidents – such a standard would be impossible – but it makes them much less likely to occur,” the blog post stated. “It unequivocally makes the world safer for the vehicle occupants, pedestrians, and cyclists.”

Tesla reiterated the severity of the crash was in part due to the an impact attenuator — a barrier on the highway that can crumple and absorb the force of impact from a vehicle — had been shortened due to a previous crash at the same section of Highway 101. It was never replaced.

The National Transportation Safety Board is investigating the accident. Huang’s family told the Mercury News that he took the vehicle to the Tesla dealership several times because the Autopilot would veer the car into the same divider at that location on the highway.

This crash is the second fatal accident involving a self-driving system this month. Earlier in March, a self-driving Uber vehicle struck a pedestrian. The rideshare company suspended testing of its autonomous vehicles after the accident and had its license revoked by the governor of Arizona, the state where the crash took place.
Click to expand...

Interesting article I just read (in dead-tree edition from neighbor):

But progress will likely be anything but steady. Level three, for example, signifies that the car can drive itself under some conditions and will notify drivers when a potential problem arises in enough time, say 15 seconds, to allow the human to regain control. But many engineers believe that such a smooth handoff is all but impossible because of myriad real-life scenarios, and because humans aren't very good at refocusing quickly once their minds are elsewhere. So many companies say they plan to skip level three and go directly to level four—vehicles that operate without any human intervention.
Click to expand...

vreihen said:
"...Huang’s family told the Mercury News that he took the vehicle to the Tesla dealership several times because the Autopilot would veer the car into the same divider at that location on the highway."
Click to expand...

"Let's see if we can still reproduce this problem.."

"Let's see if we can still reproduce this problem.."

"Maybe if I crash and burn, they'll take my problem report seriously"
Click to expand... 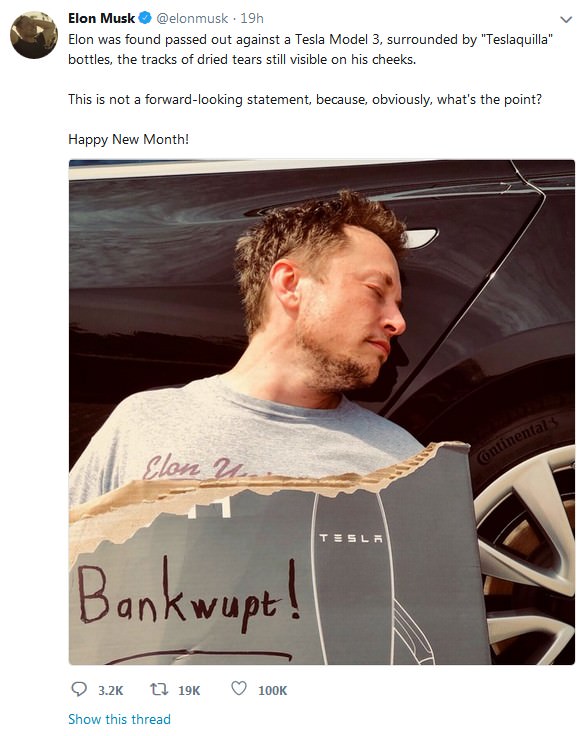 VW has hired Matthew Renna, a senior Tesla engineer in charge of the Model S and Model X programs. He will be, “managing the NAR-G4 team, steering objectives for the Modular Electrification Toolkit (MEB) line, Volkswagen’s modular system for manufacturing electric vehicles.”

^ I'd dig an electric Arteon with Model S performance

The second car in this pic looks nice: