I am studying it carefully, because it is downright dangerous to discuss or even experiment with!

If I am right and I believe I am.......... Captain core will be crowned Captain Cupcake in honor of iconic hostess brands & Operation Cupcake! 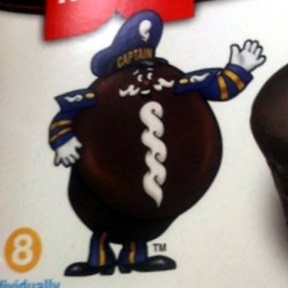 Oh, the rainbow pride Apple Macintosh spinning beach ball of death. I should have known that something would be crashing/burning.....

Oh, the rainbow pride Apple Macintosh spinning beach ball of death. I should have known that something would be crashing/burning..... 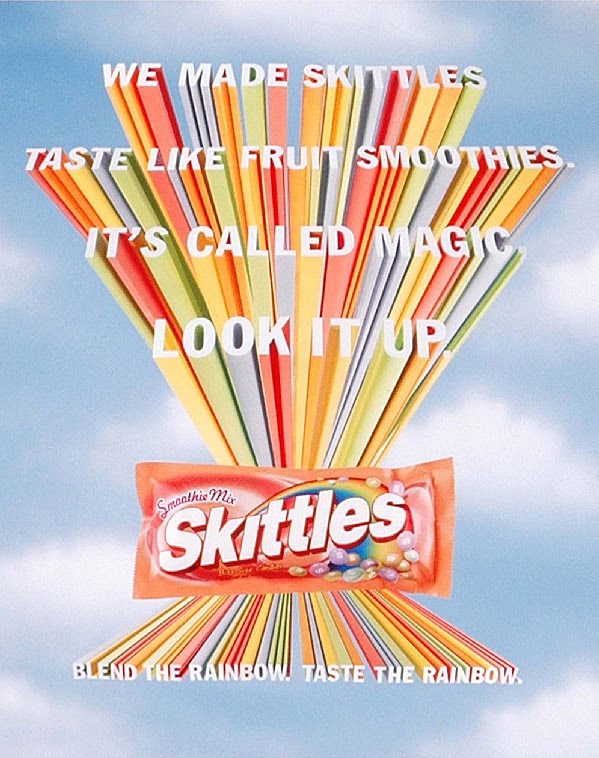 A blind mystic who many claim predicted 9/11, the rise of ISIS, the Boxing Day tsumani and Brexit also foresaw two major events in 2018.

Bulgarian Baba Vanga — who died in 1996 at the age of 85 — is well known among conspiracy theorists who believe she foretold natural disasters and global events long before they occurred.

Before she died, Baba — dubbed the “Nostradamus from the Balkans” — left predictions up to the 51st century, when she believed the world would end.

For 2018, she foresaw two world-changing events.

They were that China will become the world’s next “superpower,” taking over from the US, and “a new form of energy” will be discovered on Venus.

So could these predictions actually come true?

China’s economy has been steadily expanding over the last few years.

It has not yet overtaken the US, but could soon do so.

When it comes to Venus, there are no current plans to send a space mission there.

However, the Parker Solar Probe, named after solar astrophysicist Eugene Parker, is scheduled to launch in July 2018 and will investigate the outer corona of the sun.

While it won’t land on Venus, it will use the planet’s gravitational force to pass around the sun.

The craft’s mission is to determine the structure of the magnetic fields at the sources of solar wind, trace the flow of energy that heats the plasma surrounding the sun and explore dusty plasma and its influence on solar wind and energetic particle formation.

Baba Vanga is said to have predicted 9/11 by claiming “two steel birds” would attack the “American brethren.”

She reportedly said: “Horror, horror! The American brethren will fall after being attacked by the steel birds. The wolves will be howling in a bush and innocent blood will be gushing.”

She was also said to have foreseen Brexit when she said Europe as we know it will “cease to exist” by the end of 2016, and she warned of the rise of an extremist Muslim army that would invade Europe, thought to refer to the rise of ISIS.

However, last year it was claimed she said that Barack Obama would be the “last American president,” which falsely led some to believe Donald Trump would never be sworn in.

Other future events Baba warned the world about include the end of world hunger by 2028, Mars’ colonies gaining nuclear weapons by 2256 and Earth becoming unhabitable from 2341.

These are the future predictions from Baba Vanga:

Global hunger will start to be eradicated between 2025 and 2028.

From 2033 to 2045, the polar ice caps will melt, causing ocean levels to rise. At the same time, Muslims will rule Europe and the world economy will grow.

The rise of cloning will mean doctors can cure any disease. The US will launch an attack on Muslim Rome using a climate-based “instant freezing” weapon.

Between 2072 and 2086, a classless, Communist society will thrive hand in hand with newly restored nature.

Between 2170 and 2256, a Mars colony will become a nuclear power and demand independence from the Earth. Back on Earth, an underwater city will be built and something “terrible” will be discovered during the search for alien life.

From 2341, a series of natural and man-made disasters will make Earth uninhabitable. But humans will escape to another solar system and wars will be waged.

From 4302 to 4674, humans are immortal and have assimilated with aliens. The 340 billion people scattered throughout the universe can talk to God.

Yeah because China is the rare earth number one supplier of the world!

Consider magnetic technologies development or rare earth mine stocks because it is my belief that is where we are going.

Not Brakes. But not non-magnetic either...

NOT Brakes. But not non-magnetic either...

Correct brake rotors are made of ferrous materials & either become magnetic or can alter states of how fields are directed/canceled.

Interesting thing about conductive materials and what strange things can be done with those currents after being auto generated & if properly focused.

Not accounting for current generated nor "focusing" the current. Not Brakes. But not non-magnetic either...

Just keep in mind that most motors have static magnets stuck to case and secured in the case and that case is usually magnetic being steel.

Not accounting for current generated nor "focusing" the current.
Click to expand...

"focusing the current"? I can't see any attempt in this machine to manage the electrical part of the laws of electro-magnetism? It's purely a permanent magnet machine!!

Yes, I agree that the maker has put in a lot of work to construct a type of "magnetic commutator", but the symmetry of the magnetic field in the permanent magnets and the lack of any electro-magnets to force commutation (as required by a brush-less DC motor) is clearly stopping the machine from maintaining unidirectional torque. But I do like the "inventor's" obvious conviction - demonstrated by the effort that he has put into the magnetic - brake machine!!

"focusing the current"? I can't see any attempt in this machine to manage the electrical part of the laws of electro-magnetism? It's purely a permanent magnet machine!!
Click to expand...

Again which is why I site " +- magnetic core " principle but done so mechanically by orbits.

Yes, I agree that the maker has put in a lot of work to construct a type of "magnetic commutator", but the symmetry of the magnetic field in the permanent magnets and the lack of any electro-magnets to force commutation (as required by a brush-less DC motor) is clearly stopping the machine from maintaining unidirectional torque. But I do like the "inventor's" obvious conviction - demonstrated by the effort that he has put into the magnetic - brake machine!!

And you or others have not seen the entire machine or axis.
I was just making a statement as to ferrous materials ...........

Those brakes will be functional to stop it this time by caliper.

It wouldn't be much fun if I didn't do it with part VAG MOD FOD! 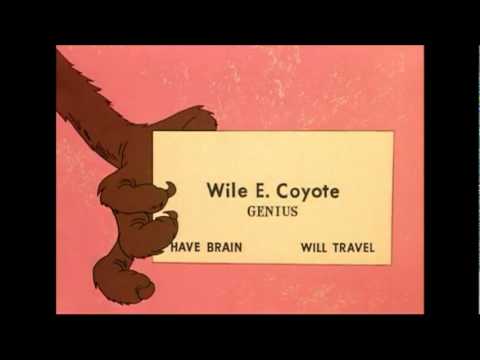 Historically, Earth’s North and South magnetic poles have flipped every 200,000 or 300,000 years—except right now, they haven’t flipped successfully for about 780,000 years. But the planet’s magnetic field is at long last showing signs of shifting. Although there’s no way to know yet for sure, it could be gearing up to flip once more, according to Undark Magazine. And that possibility is raising new speculation about what that means for planetary life.

Our planet’s magnetic field protects us from lethal levels of radiation from phenomena like solar rays. The dangerous particles never hit us directly, because upon entering the Earth’s atmosphere the magnetic field deflects them and forces them to move around, according to NASA. So the prospect of that field weakening, which it does when it’s getting ready to flip, is worrisome: It would leave us without sufficient protection.

The Earth’s magnetic field extends out from electrical currents created by the metals in its core, generating invisible lines that touch back down at the planet’s opposing magnetic poles. Cosmic radiation expert Daniel Baker, director of the Laboratory for Atmospheric and Space Physics at the University of Colorado, Boulder, believes that the next pole reversal could likely render some areas of the planet unlivable, according to Undark.

That devastation could arrive through multiple avenues. The combination of powerful space particles, like unfiltered solar rays, cosmic rays and ultraviolet B rays (the stuff your sunscreen bottle warns you about), would smash through our battered ozone layer and lead us the way of the dinosaurs.


Our infrastructure wouldn’t fare much better. Since satellite grids are linked, once radiation eats through, more will follow, causing a cascading mass blackout, among other disasters, according to Undark.

Because we haven’t reached that point yet, scientists are using imagery from satellites to track the magnetic field’s movements. Since 2014, Swarm—a trio of satellites from the European Space Agency—has allowed researchers to study changes building at the Earth’s core, where the magnetic field is generated.

Their observations reveal that both the molten iron and nickel are draining out of the Earth’s core. That kind of restless activity could indicate that the field is preparing to flip, according to Undark. Protective measures could include building more radiation-fortified satellites, plus shoring up ones that are already operational, according to the International Business Times.

Not all of the Earth’s polarity reversal attempts are successful; the poles last put out a botched effort around 40,000 years ago, according to Futurism. And scientists have yet to establish a cause-and-effect relationship between pole reversals and mass extinctions.

But that doesn’t mean there isn’t one. We might not know when the poles will finally complete their long-overdue switch, but we at least have the advantage of being able to prepare.
Click to expand...

MMMM will still work, only in reverse as will the fields to protect the planet is my speculation.

If you are truly really worried study and retain mechanical devices to do work!

Funny how when you dig through layers of load stone to observe the shifts in polarity are what you find, that and destruction levels that may want you to consider living on high ground 450 feet above current sea level of the ball earth..

It isn't rocket science .....why do you think deserts exist where the sea once was?
You must log in or register to reply here.
Share:
Share Link
Top